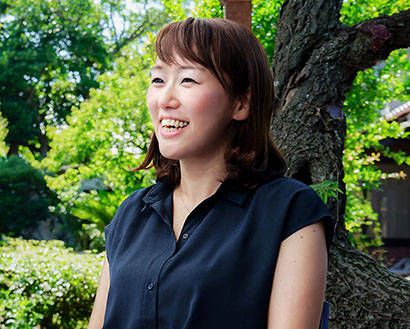 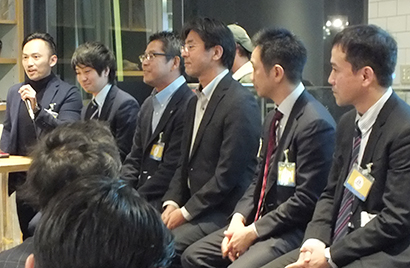 In the food industry, which is facing difficult challenges such as a shrinking domestic market due to a declining population and fears of food and energy supply shortages due to a global population increase, the younger generation is moving beyond the walls of industries and companies to explore the future they should aim for. was born. A food community centered on food manufacturers, FOOD UP ISLAND (FUI), was launched. Miki Kanamaru, the president of Morinaga Seika’s corporate venture “SEE THE SUN”, was the idea.

At an event held in Tokyo on the 7th, Mr. Kanamaru said that FUI’s mission is to “create the future of food and lay the foundation for future food companies.” Declared that it aims to be an innovation community that multiplies and creates “new food” and “new food business”. Companies that are normally in a “competitive” relationship discuss issues in the food industry and “co-create” new value.

Mr. Kanamaru believes that if the domestic market is shrinking and manufacturers with world-class technology are exhausted from scramble for the pie, they should set up a forum called FUI and cooperate and co-create. Point out the possibility that a solution for He also pointed out the importance of creating 50 100 million yen brands in addition to developing 5 billion yen brands in today’s diversifying world. He said that he would create added value through product development and business development through co-creation beyond the resources of each company, while at the same time redefining the future of food, transforming the rigid industry and challenging new areas of food. We called for participation in FUI from outside the industry, including the food industry. The FUI organization has appointed as advisors Masanobu Tomeme, CEO of SUNDRED, as well as patent attorneys and other personnel from outside the food industry, and has built a system to obtain advice from different perspectives.

The final judging of the 3rd “K,D,C,,, Food Challenge”, a pitch contest to find seeds of new challenges in the food field, will be open to the public! ~ 8 groups to advance to the final judging have been decided! ~: current affairs dot com

The final judging of the 3rd “K,D,C,,, Food Challenge”, a pitch contest to find seeds of new challenges in the food field, will be open to the public! ~ 8 groups to advance to the final judging have been decided! ~ | Press release of Oisix Ra Daichi Co., Ltd.

It seems that “Soul Food Bar BUTCH” in Honcho will move to Yasakacho. Scheduled to open in early December – Neyagawa Tsushin