As the deadline for the nationwide suspension of GoTo Travel is approaching, travel sites such as Jalan net and Rakuten Travel have begun offering “later discounts” when GoTo Travel resumes.

“Discount later” is a service that automatically applies the GoTo Travel discount to existing reservations that are eligible for the discount when GoTo Travel is resumed.

This service was introduced by Yahoo! Travel and Ikyu.com in September 2020. In February 2021, it was decided to introduce it one after another at travel sites such as Rakuten Travel, Jalan net, Rurubu Travel (JTB), HIS, and travel agencies.

It is a service that allows you to make travel reservations on the premise of resuming GoTo Travel without waiting for it to resume, but the travel products supported by each travel site company are different, and there are also reservation methods that are not covered.

This time, we will introduce travel agencies that will introduce “discount later” and their corresponding plans, how to apply discounts after resuming GoTo Travel, precautions when making reservations, etc. for each travel site.

The list of travel sites that can be “discounted later” after resuming GoTo Travel is as follows *. Please check each company’s official website for detailed applicable conditions and the latest information. * Information as of February 20, 2021.

On the other hand, each travel site company has different target travel products, and there are reservation methods that are not applicable.

Even if you make a reservation in anticipation of resuming GoTo travel, if the conditions are not met, the discount will not be applied, so it is desirable to check the applicable conditions announced by the travel site companies.

In addition, GoTo Travel has traditionally been a campaign where you can get a 35% discount on the travel price and a regional coupon equivalent to 15%, but the discount rate, discount upper limit, number of regional coupons distributed, target area, etc. It may change.

Although it has not been finalized at this time, various proposals have emerged, such as resuming limited areas excluding areas where the new coronavirus infection has spread, and setting discount rates to diversify travel demand on weekdays.

Applying GoTo Travel Discounts Later When using “Later Discounts”, be careful to book with the applicable reservation method, keeping in mind that the contents of GoTo Travel itself may change significantly. Is necessary. 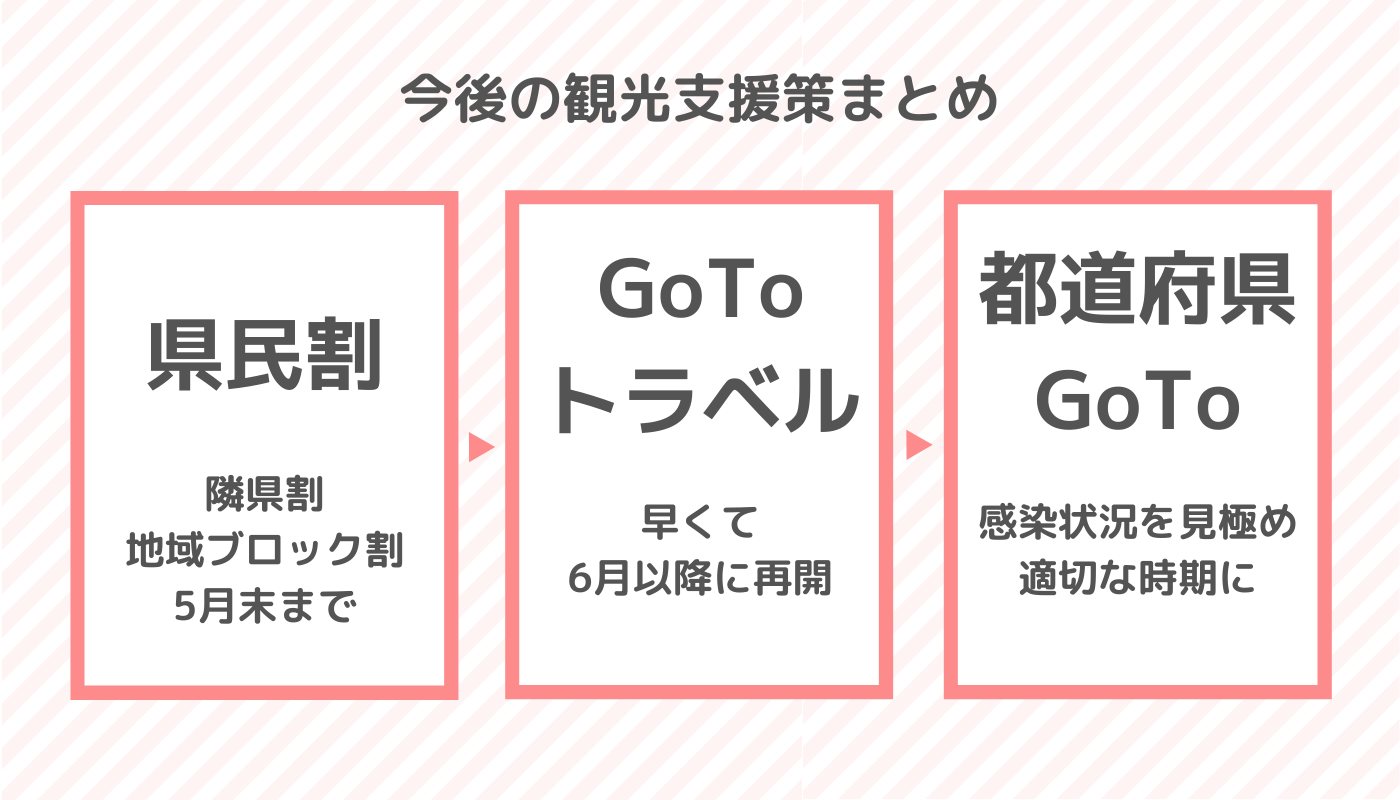 From April 1st, the discount range for the prefectural discount will be expanded from limited to prefectural citizens to the “regional block discount” that applies to each regional block such as Kanto and Kinki. If he divides the whole country into six blocks, the government will subsidize up to 7,000 yen per person per night even when traveling across prefectures.

GoTo Travel will resume at the earliest because it will be after the end of the prefectural discount (regional block discount) that was extended until the end of May. Expected to be after June 2022is.