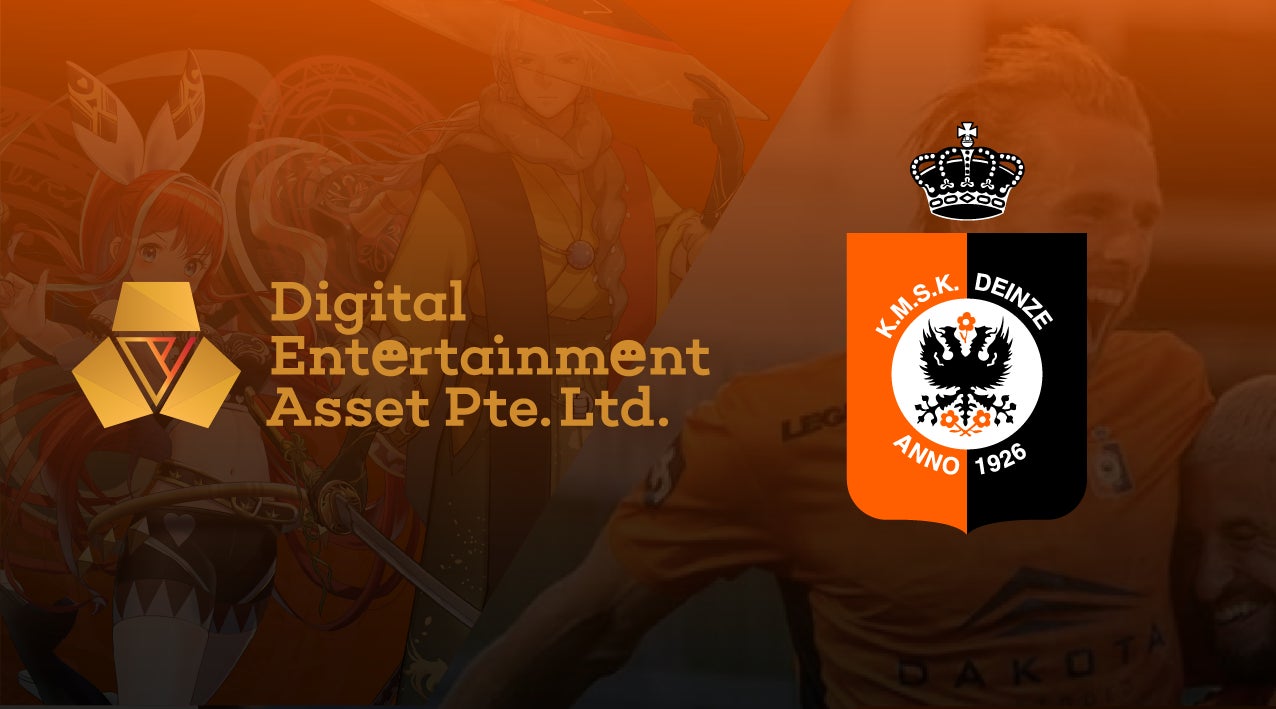 Digital Entertainment Asset Pte. Ltd. (DEA), which develops the GameFi platform business globally based in Singapore, has KMSK Deinze, which belongs to the second division of the Belgian Soccer Pro League under the umbrella of ACA Football Partners (ACAFP). Announced that it has entered into a strategic partnership with Deinze Football Club NV (KMSK Deinze), which operates the club.

With this partnership, KMSK Dainze will purchase NFT of digital assets and game items on the game platform “Play Mining” operated by DEA using the investment funds of club sponsors, and will play DEA’s Play to Earn game as a gaming guild. I plan to participate in.

Gaming guild is an organization that invests in NFT of Play to Earn games and makes money from games by playing systematically, and the number is rapidly expanding mainly in Southeast Asia, and it is a means of creating new jobs. Is attracting attention as.

As a result, KMSK Deinze will be able to generate new sponsor revenue and guild business revenue, and DEA will work with KMSK Deinze to raise awareness of game products and its own token DEAPcoin (hereinafter referred to as DEP) in the European region. ..

The guild business has an ESG aspect of job creation through games, making it an attractive ESG investment for club sponsors. In addition, supporters who have earned rewards from Play to Earn games are expected to use the funds for club-related consumption, which may lead to the revitalization of the sports club economic zone.

DEA plans to sponsor KMSK Deinze next season, and as a strategic partner, will jointly work on more comprehensive Web3 measures such as creating an economic zone using Watch to Earn and fan tokens in the future. I plan to go there.

■ Comments from ACAFP CEO and KMSK Deinze Executive Vice Chairman Hiroyuki Ono
The city of Deinze is working on various measures led by Mayor Jan Vermeulen to revitalize the city.
When thinking about contributing to the community through soccer as a member of the community, I sympathized with DEA’s mission of advocating social contribution through GameFi, and wanted to unlock the potential of soccer with cutting-edge efforts of the times. rice field. I would like to enjoy the challenge with the DEA team, which is full of creativity, led by Mr. Yoshida.

■ Comments from Naoto Yoshida, CEO of DEA
We would like to express our deepest respect for the bold challenge of the historic soccer club KMSK Deinze to the Web3 domain. We are confident that building an economic zone with Play to Earn will be a sustainable and effective approach to the promotion of sports culture.
Please note that the efforts of DEA and Deinze will strive to set a good precedent.

[About KMSK Deinze]
A historic soccer club that belongs to the Belgian Pro League 2nd Division, which was established in 1926. The city of Deinze, the home town, is located in the East Flanders region and is known as a region where many wealthy people live.
In the 2019-20 season, he was promoted to the second division of the Belgian Pro League, and in the first year of promotion, the 2020-21 season, he performed well with 5th place (out of 8 clubs). It is a club that is growing rapidly, such as announcing a new stadium construction plan.

[About ACAFP]
Based in Singapore, it is a soccer company that plans to own a multi-club from Asia, and is a member of the ACA Group whose core business is the formation and management of investment funds. Soccer players who are active in Europe are also participating in the team as founding members in support of ACAFP’s mission “Liberating and evolving the value of soccer”. Going forward, we will promote multiple capital and business alliances with partner clubs that support the mission and play a part in accelerating the global expansion of European soccer.


Please see the official website for details on ACAFP.
https://acafp.com/

Digital Entertainment Asset Pte. Ltd. | https://dea.sg/jp/
DEA, which handles the GameFi platform business, is a company established in Singapore in August 2018. We are developing the Play to Earn game “Job Tribes” and the NFT marketplace “Play Mining NFT”. Utilizing blockchain technology, we aim to realize a world where “enjoyment turns into value”.