We have implemented an update on the following schedule, implemented new content systems such as the “Self-Reliance King” system and “Season Server”, and implemented functional improvements. Please enjoy the ever-evolving world of “New Romance of the Three Kingdoms”. 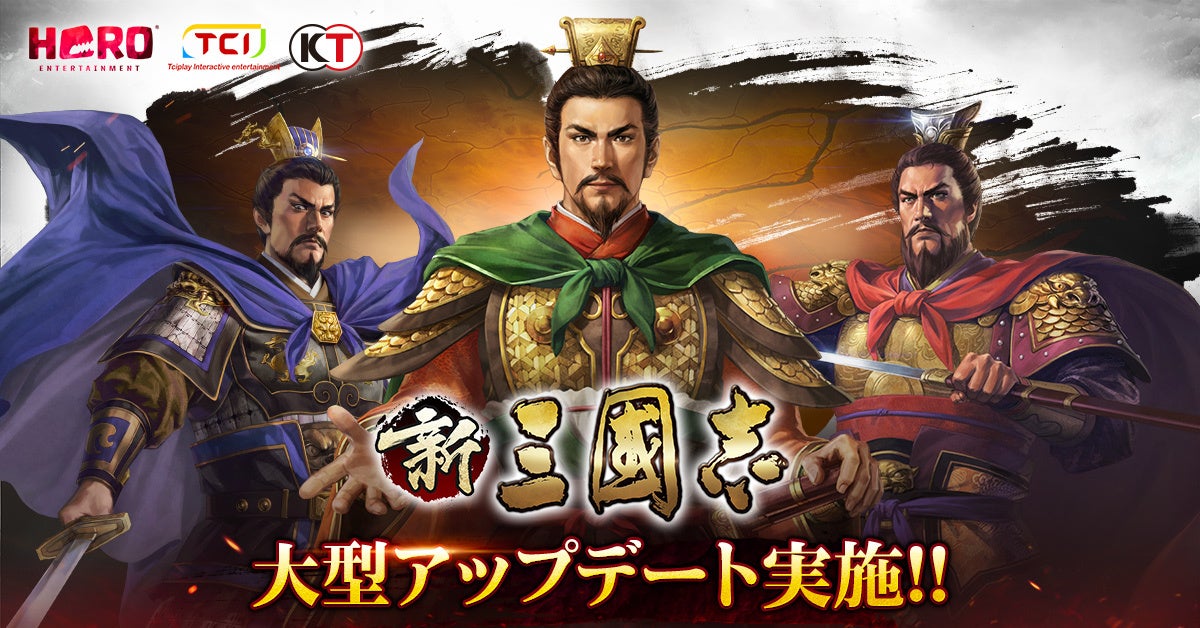 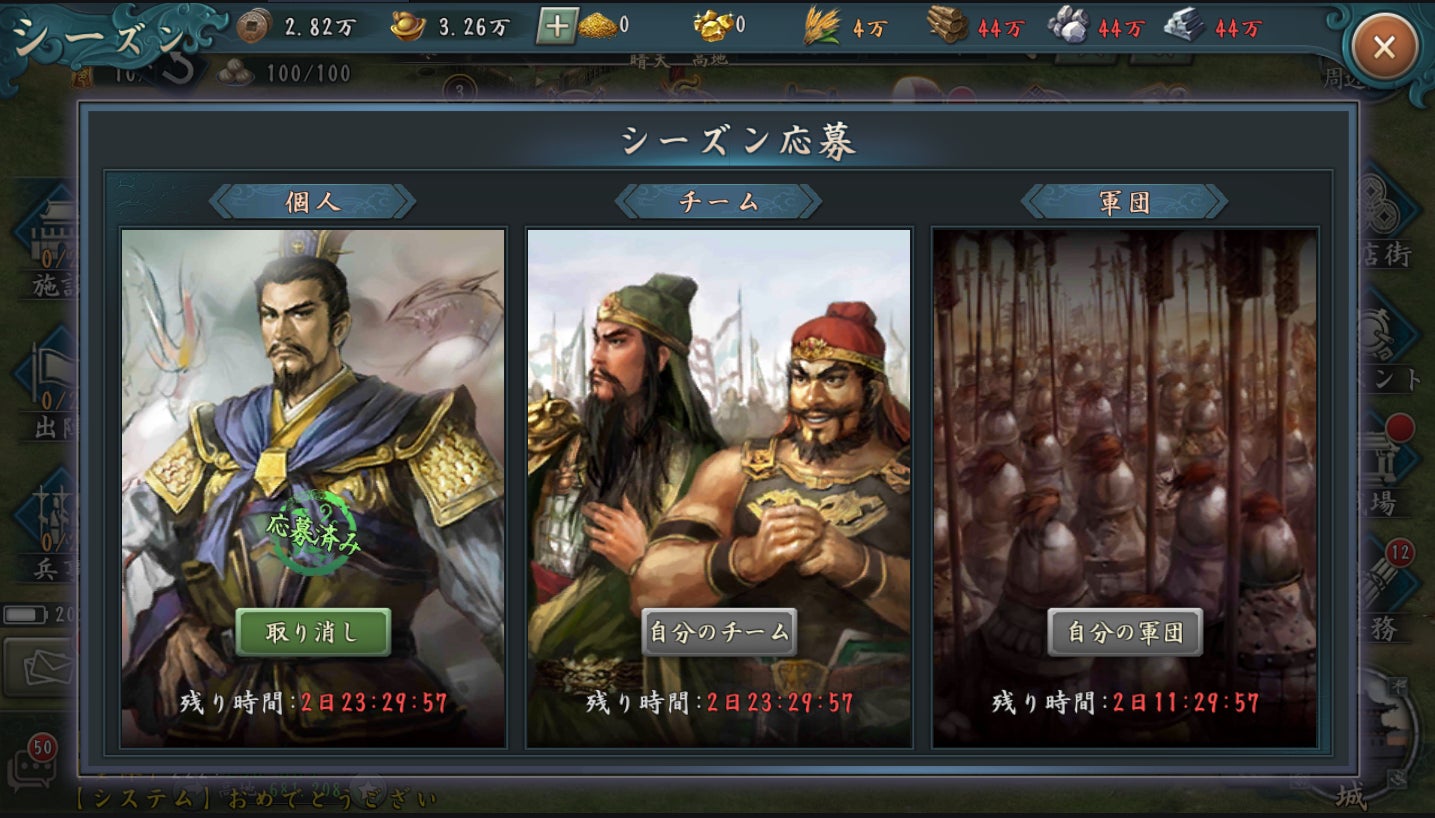 “Self-reliance king” is an event where you form an alliance with the army corps in the server, overcome the trials together, launch your own country, and become the king. Once you have occupied your country’s royal castle and 5 county castles, and the people’s hearts have reached ‘Trust’, you will be able to apply for independence and the trials will begin. 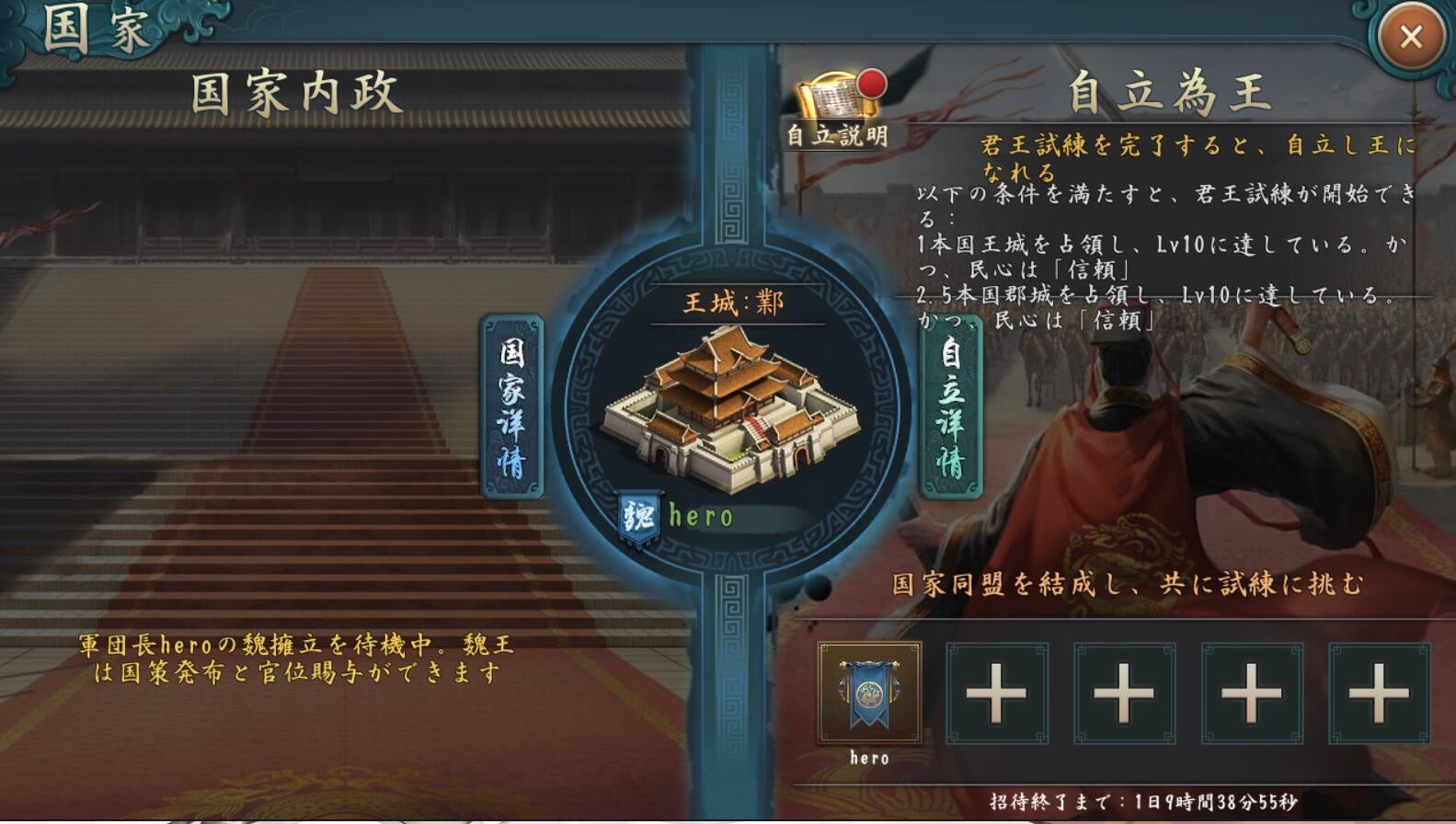 There are 4 levels of Independence Trials: Stockpile Fortress, Lie on the Ruins, Tank Arrival, and Sovereign Trial. If you overcome the ordeal with the corps and allied members, you will become independent and the king of your country will be born from the corps.
The king can decide the national name and flag of his country, and the statues built in the royal castle are worshiped by the people. 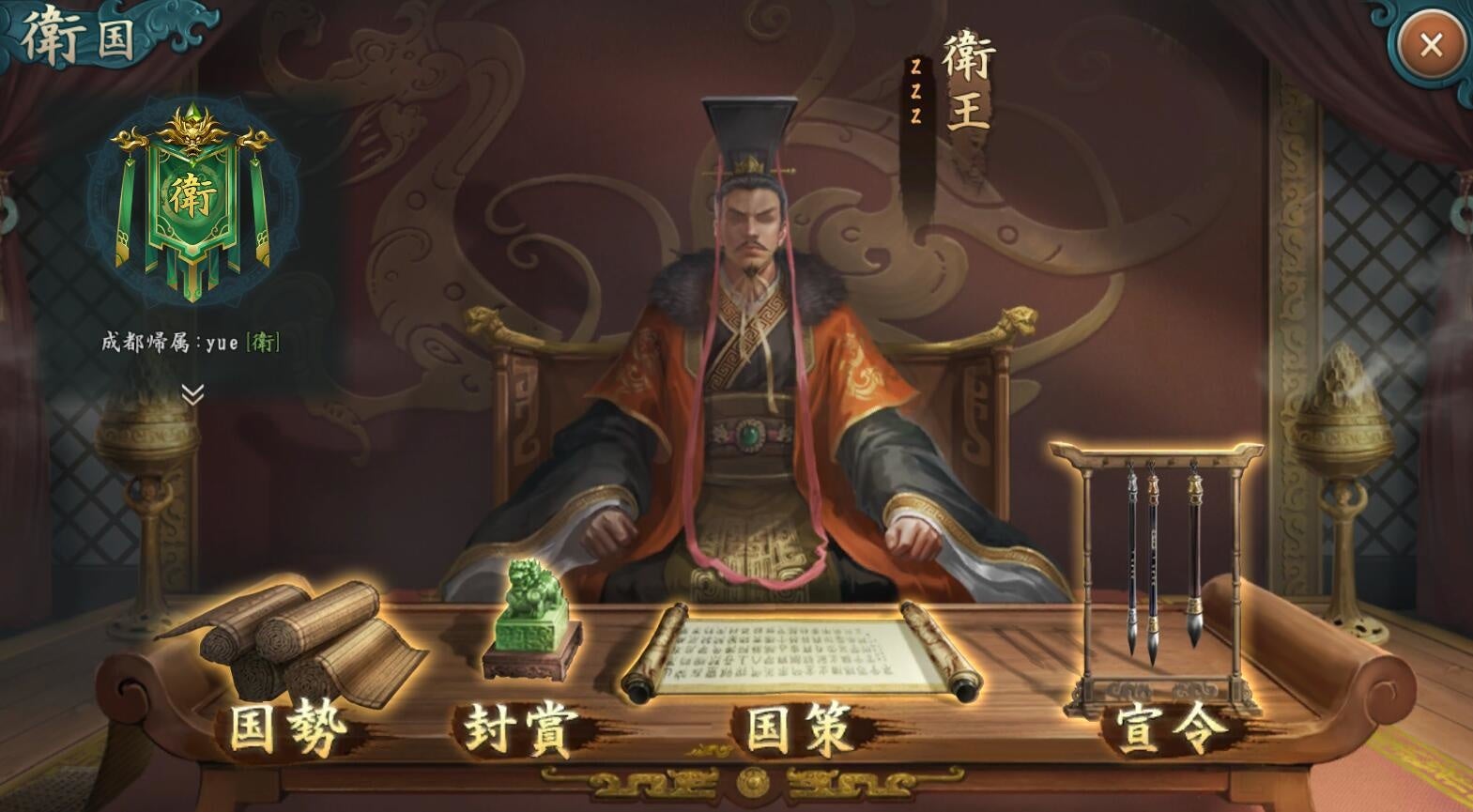 In this update, we have added a new function “Gateway”. You can build a “gateway” by occupying a specific county castle.
In order for other players to move the capital into the territory, they must destroy the “gateway”, so it will be a new strategic base. 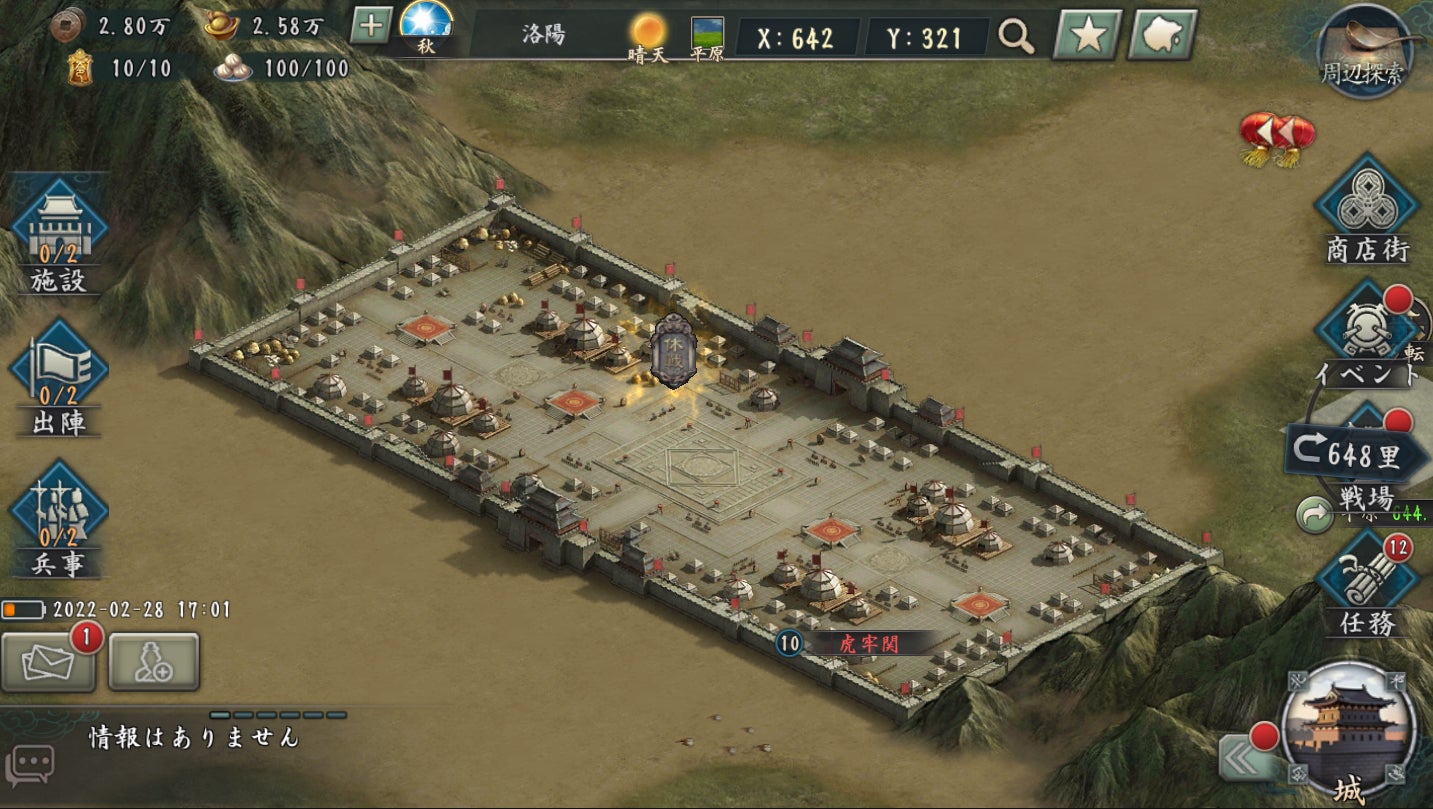 In Ver3.0, a new element of “Terrain” will be added. On the map, different terrains such as “Highlands”, “Swamps”, “Shallows”, and “Dense forests” have different effects, and they affect actions such as moving castles, marching, and marching.
Take advantage of terrain effects to strategically suppress your enemies. 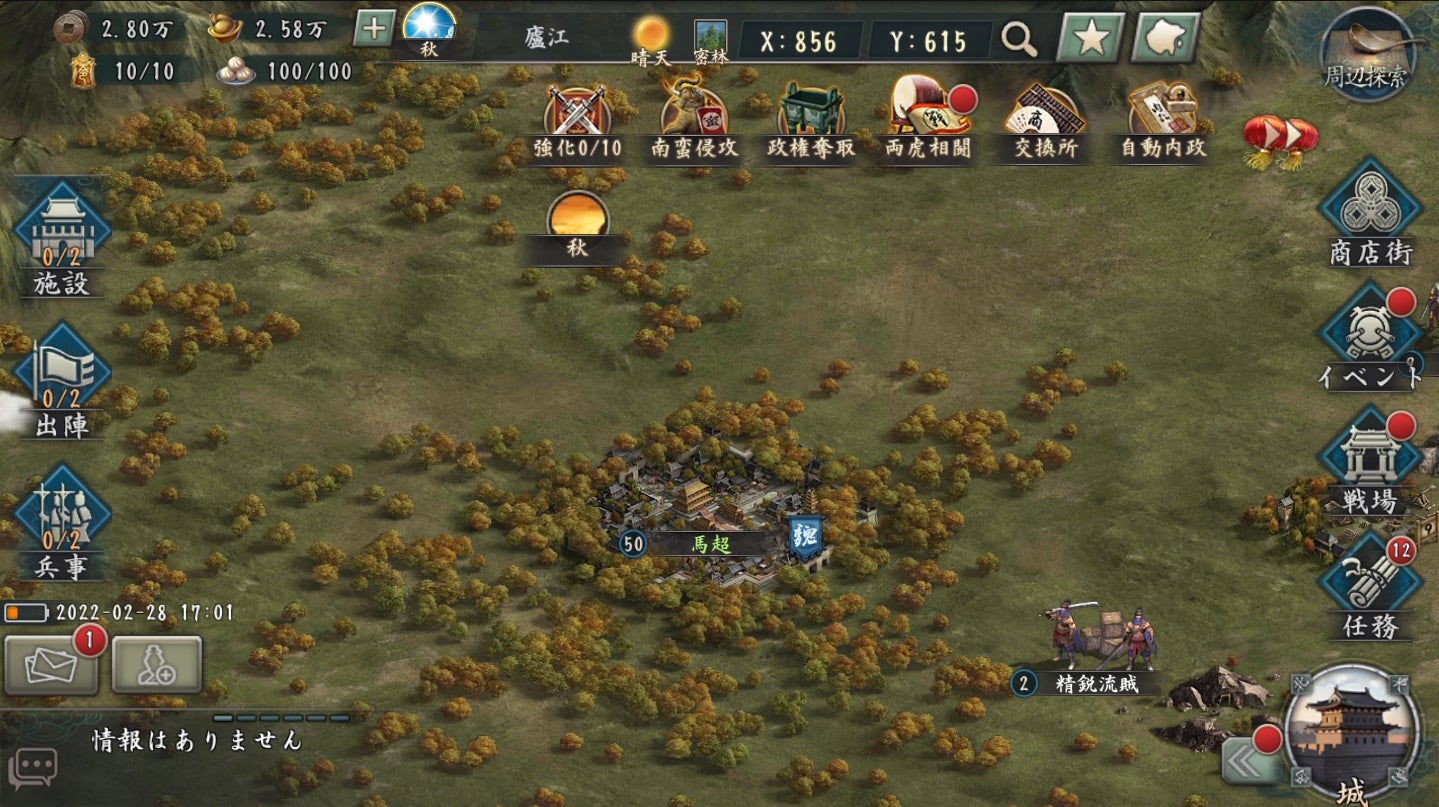 You can get various items such as “UR Favorable Treasure Box (6)” that can earn the favorability of the monarchs (Shohui, Wang Qi, Huoqing disease) with login bonuses. If you log in for a total of 10 days and collect “UR Favorable Treasure Box (6)”, you can get the amount of favorability that can be exchanged for one of the three UR officers listed above.

* Event period and contents are subject to change without prior notice. For the latest information, please see the announcement on the official Twitter or official website.

In August 2018, we started distributing the Japanese version of the training-type strategy simulation game app “New Romance of the Three Kingdoms” developed under the supervision of Koei Tecmo Games Co., Ltd., and the total download exceeded 3 million, App Store download ranking. Ranked 5th, 3rd in the Google Play download ranking, and listed in Google Play’s “recommended games”, it has been very well received.

In addition to mainland China, Hero Entertainment has established local subsidiaries in Hong Kong, Taiwan, and Japan, and will continue to deliver high-quality online content to customers around the world under the management philosophy of “Unlock your vision and mind.” To this end, we will actively promote our overseas publishing business.