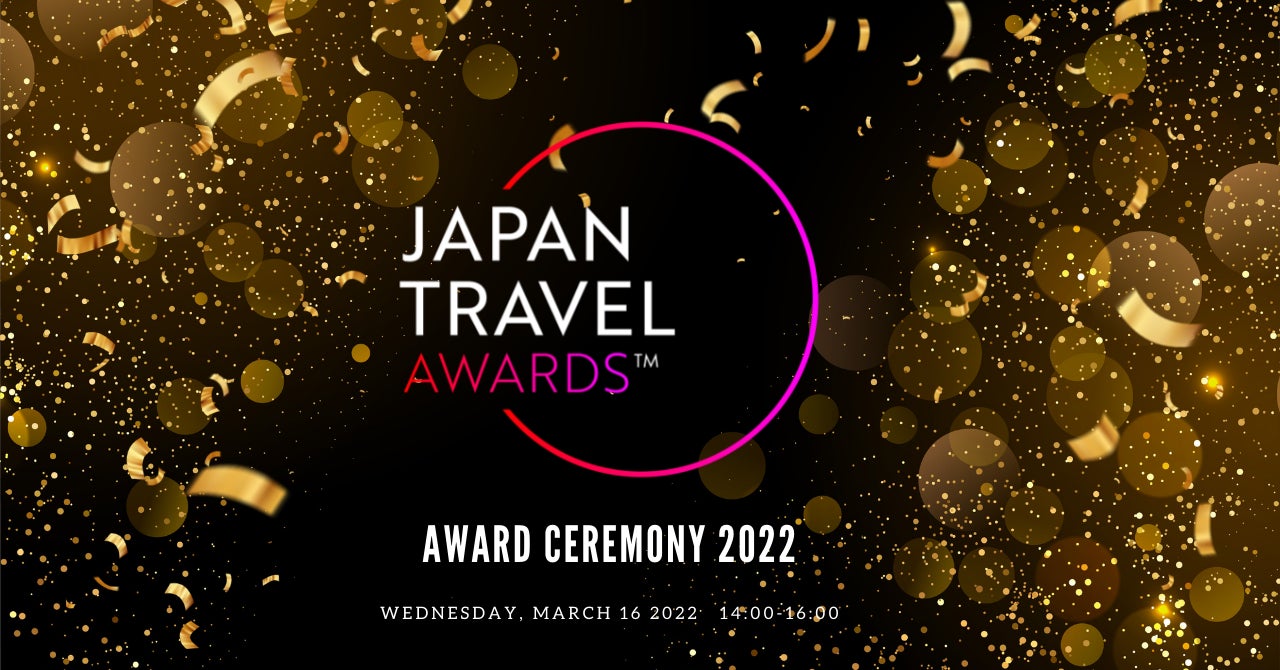 “Creating a diverse society through tourism”It is for this purpose that we launched the Japan Travel Awards. Our main business is to support overseas promotions of local governments and companies.Understanding of “diversity society” is overwhelmingly lacking in JapanI felt that.The tourism industry works with various people from Japan and overseasA very valuable industry with direct contact. So, if you want to change the consciousness of Japan,Should change from tourismI thought.

Therefore, based on the efforts of local governments, tourism organizations, companies, and individuals nationwide to promote tourism and diversity and inclusion, we have started activities to discover, award, and disseminate new “moving places” in Japan. . Together with expert judges from various fields who have global and local perspectives, we will select destinations worthy of being awarded in 10 categories, including the Grand Prix.

Municipalities, companies and individuals who have a deep understanding of accessible tourism and provide the most accessible experiences

LGBTQ+ Category
Municipalities, companies, and individuals with a deep understanding of the LGBTQ+ community and the most inclusive response

Sustainable Category
Local governments, companies, and individuals that are making the most sustainable efforts in line with the SDGs (Sustainable Development Goals)

Hospitality department
Facilities, stores, and individuals that provide the best hospitality through accommodation and dining experiences

Family category
The most family-friendly municipalities, companies, and individuals, including areas and spots that the whole family can enjoy


There were 76 applications from 30 prefectures nationwide, and after document screening and on-site screening, a total of 28 finalists were narrowed down to 6 categories. Please see the link below for the finalists:

Founding editor-in-chief of the award-winning British travel magazine Wanderlust. He is also known as Britain’s most influential travel journalist and has been selected as one of The 50 Most Influential People in Travel by The Times magazine.

Ambassador of Georgia to Japan. While working hard every day to deepen exchanges between Georgia and Japan, he often travels around Japan with his family. He is a celebrity with more than 40,000 Japanese followers on Twitter. He moved to Japan with his family when he was 4 years old and has lived in Japan for over 20 years.

At Sengan-en, which is registered as a UNESCO World Heritage Site, he worked as the manager of the overseas sales department and as the overseas public relations officer for Kagoshima Prefecture, and is actively involved in giving lectures and other activities. In 2019, he founded GOTOKU, a limited liability company, and also provides consulting to local governments and companies nationwide to acquire the wealthy market. Lives in Kagoshima Prefecture since 2005.

Founder of Inbound Ambassador. Expert in sustainable tourism and community development. He has lived in Hiroshima since 1996, and in 2000 started the English-language media “GetHiroshima”. He also hosts “Seeking Sustainability LIVE” which introduces various experts living in Japan.

Due to quadriplegia and cerebral palsy, he lives in a wheelchair. In addition to working as a webmaster at a facility for the elderly, she is also active in a wide range of activities, such as running the information site “Accessible Japan” for foreign travelers with disabilities, and giving lectures for the national government, local governments, and companies. She has lived in Tokyo since 2007 and acquired Japanese citizenship in 2016.

As the head of creative design at PUMA JAPAN Co., Ltd., he has released a number of products, and is the operational representative of Japan’s first gay contest “Mr. Gay Japan,” which aims to improve the environment for LGBTQ+ people in Japan and promote understanding of same-sex marriage. , concurrently serving as creative director.

As an aviation expert at the Australian Government Department of Infrastructure, Transport, Rural Development and Communications, he has been involved in strategies to attract inbound tourists to Australia, and is familiar with the latest global travel trends. He also loves Japan so much that he visits it almost every year.

While working as a professor at Hitotsubashi University Graduate School and as an in-house lawyer specializing in labor law, he is also active as a writer specializing in travel, contributing articles to various media including his own blog. He has lived in Japan for over 30 years and has already conquered all 47 prefectures. He is Auditor of the Foreign Correspondents Club of Japan (FCCJ).

Writer. He has published more than 15 works and won numerous awards, including “Squeaky Wheels: Travels with My Daughter by Train, Plane, Metro, Tuk-tuk and Wheelchair,” a memoir of traveling around Japan and abroad with his daughter in a wheelchair. He has been living in Tokushima Prefecture since 1988 and is also an Associate Professor at Naruto University of Education.

Emilie Achilles
A hospitality expert who studied hospitality management in New York and has over 10 years of experience in luxury hotels and restaurants in Tokyo, New York and Los Angeles. Currently in charge of inbound marketing at the Grand Hyatt Tokyo and familiar with luxury travel.

Victoria Vlisides
From 2014 to 2019, he lived in Japan and was also active as the editor-in-chief of “GaijinPot Travel”. Currently working as a marketing manager at the Wisconsin Tourism Board, engaged in travel marketing for the United States and abroad. He is familiar with the latest trends in tourism marketing, especially for the American market.

What is the future of the overseas OTA and hotel industry? What is changing business travel? －WiT JAPAN 2022 | Tourism Industry Latest Information Travel Vision

Torch Co., Ltd., which operates "Travel At Home", has started an EC site (online shopping service) where you can purchase products that you have visited and experienced on an online tour! ｜ Press release of Torch Co., Ltd.