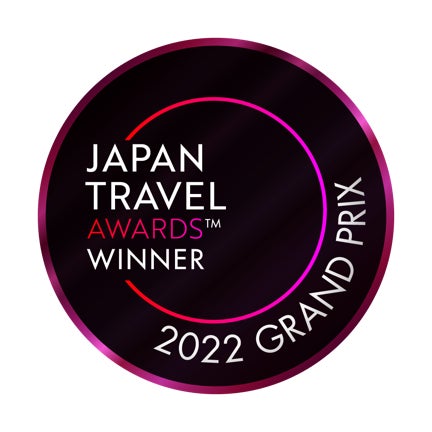 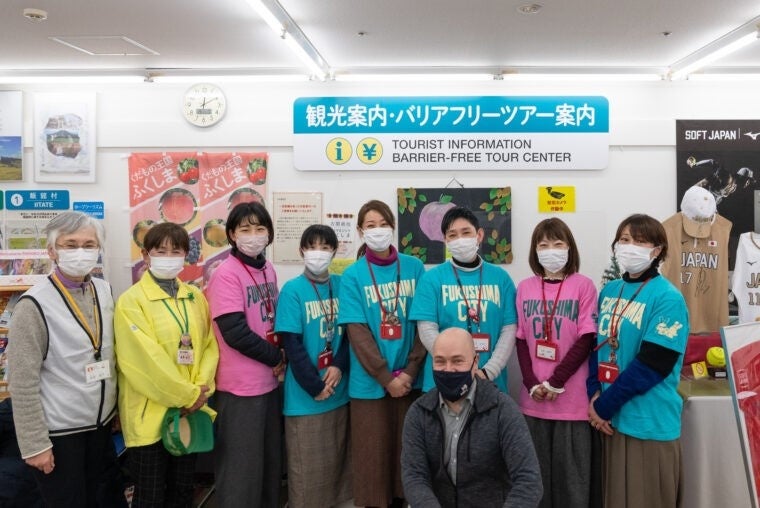 【note】
This press release was scheduled to be released on March 17, but it was released today in view of the situation in the prefecture due to the impact of the Fukushima-ken-oki earthquake. The “Fukushima Barrier Free Tour Center” in the Fukushima City Tourist Information Center (West Exit of Fukushima Station) was also damaged, but it has been reopened since March 21 with a temporary information center.

The “Fukushima Barrier Free Tour Center” (Fukushima City: Fukushima Station West Exit Information Center) operated by the DMO Fukushima City Tourism Convention Association will create a diverse society from tourism on March 16, 2022. At the JAPAN TRAVEL AWARDS 2022 announced by “JAPAN TRAVEL AWARDS” (sponsored by Shitake Creative), which was born in Japan, we received the “Accessibility Category Award” and the highest award “Grand Prix”. In addition, we received a special award “Media Award” from media partners including overseas, which was a feat of triple award.

The award has six divisions (accessible division, LGBTQ + division, sustainable division, hospitality division, family division, and luxury division) with the aim of “creating a diverse society from tourism.” This time, which is the first time, 76 applications were submitted from 30 prefectures nationwide, and a total of 28 finalists were selected after document screening and on-site screening by 12 foreign judges, and this announcement was made after the final screening. In the Grand Prix examination, it was unanimously decided that it had all the points required by the Japan Travel Awards.

In Fukushima City, “Bonsai Ya Abe” (Machiniwasaka, Fukushima City) missed the award, but was selected as a finalist in the luxury category, which has a large selection of well-known hotels for inbound tourists.

The “Fukushima Barrier-Free Tour Center” will be given a PR video production as a privilege of the Grand Prix, and will be exposed to various media in Japan and overseas in the future.

▶ Comment from Fukushima Barrier-Free Center Director Yukari Sato
“I was surprised at the category award alone, but I was very surprised that I could not win the Grand Prix. Every day I call everywhere to find out, but sometimes it was difficult and I had a lot of troubles, but I heard that this examination sees that “I am making efforts even if it is not perfect”. I think that you have acknowledged the accumulation so far. This award is only possible with the cooperation of related parties and local residents. thank you very much”

▶ Japan Travel Award
https://japantravelawards.com/
Operating company: Shitake Creative Co., Ltd. (Ota-ku, Tokyo) The Japan Travel Awards is a new “impression” of Japan based on efforts related to tourism and promotion of diversity and inclusion in local governments, tourism organizations, companies, and individuals nationwide. It is an activity to discover and disseminate “the earth”.

Experts from various fields with a global and local perspective will serve as judges, and will select destinations suitable for the winners of 10 categories including the Grand Prix. Winners will be disseminated domestically and internationally through official books published by the Japan Travel Awards, official websites, and publications in external media.

▶ Fukushima Barrier Free Tour Center
https://www.f-kankou.jp/barrier-free
An NPO corporation established in 2009. Located in the Fukushima City Tourist Information Center (West Exit of Fukushima Station), it provides barrier-free information on tourist facilities and accommodation facilities, arranges welfare taxis and bathing assistance as needed, and rents wheelchairs (charged) and is hard to hear. We will guide people with disabilities to enjoy their trip to Fukushima with peace of mind, such as writing conversations. The Fukushima City Tourist Information Center has been certified as the first in Fukushima Prefecture by the Japan Tourism Agency’s “Barrier-free Certification System for Tourist Facilities”.