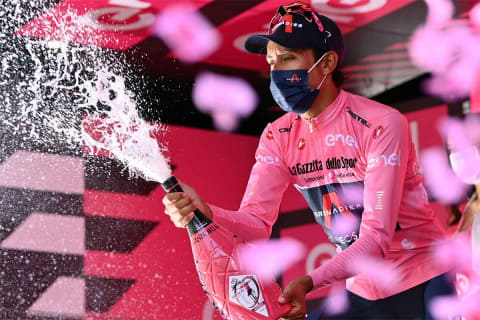 Egan Bernal, the champion of the 104th tournament.The rosy jersey “Maria Rosa” will be awarded to the winner
(C) La Presse

J SPORTS will broadcast live on all 21 stages of the 105th Giro d’Italia, which will start on May 6, and a rest day TV that looks back on the race of the previous week on the rest day. The first stage on the 6th is J: COM and some cable TV stations, SKY PerfecTV! , J SPORTS Free broadcast / live distribution on demand.

In J SPORTS On Demand, in addition to live distribution of all 21 stages, the entire process of all stages will be live-streamed from the start to the finish in the local commentary (English).

The Giro d’Italia, along with the Tour de France in France and Vuelta a España in Spain, is one of the world’s three major bicycle races, the “Grand Tour”, and is the event that will mark its first race. This year will open in Budapest, Hungary. J SPORTS will broadcast all Grand Tour races live this year, including the Tour de France and Vuelta a Espana.

It is said to be the “most beautiful and toughest race” to run through Italy in early summer, and this year’s total altitude has exceeded 51,000m, making it one of the toughest Grand Tour races in recent years. Although the course has a high mountain weight, individual time trials are also set for the 2nd stage and the 21st stage on the final day, which is expected to play an important role in the battle for “Maria Rosa”, the proof of the overall victory.

Along with the opening of the Giro d’Italia, J SPORTS will also launch a new service, “Cycle Road Race Winner Prediction-Cycle Who Kuru?” do.

In this service, in addition to the expected victory of the day, you can predict the overall victory in the stage race, the mountain award, the point award, the rookie award and other special awards in the Grand Tour, and points will be added according to the actual race result. The ranking will be updated.

To commemorate the start of the service, when you reach the 1st place in the Giro d’Italia point ranking, you will be presented with the “Tour de France 1-day producer right” where you can experience the production site of the Tour de France broadcast of J SPORTS.