Data Stadium Inc. (Headquarters: Chiyoda-ku, Tokyo, President: Hitoshi Sugawara, hereinafter “our company”) is aiming to promote DX of J-League club official SNS (mainly Twitter) related business, etc. We have decided to provide a trial service for Kawasaki Brave Sanders, “Sports Auto Graphics (SAG)”, a service that automatically generates and distributes information and data related to information and data in real time by combining it with highly designed infographics. I did.

We are planning to officially start offering it for B club from the B.LEAGUE 2022-23 season, but we will offer it as a trial using the prototype version prior to this season. SAG has been available to Soccer J Club since 2020

but this is the first time it has been offered to B Club. (* It has already been introduced in 15 clubs including J1 and J2)

Currently, Kawasaki Brave Thunders official Twitter is operating the announcement of starting members in the video and real-time posting of highlight scenes, but by adding new SAG content, richer data will be easier to understand. It will be possible to deliver to fans.

In the 2021-22 season B1 league match, a trial will be held on May 7th (Sat) and 8th (Sun) against the away Mikawa, and full-scale service in the B.LEAGUE 2022-23 season will be officially launched. We will continue to verify for.

SAG has been introduced to each club of the J.League soccer in advance, and by using the data held by Data Stadium, it automates the posting of rich content with an emphasis on design and realizes the efficiency of image production work. , A service that promotes DX by speedily and timely performing club SNS-related work.
Based on a series of official record data from before the start of the game to after the end of the game, we will provide the club with images that reflect the latest real-time data along with player photos and graphs based on the format according to the club color. .. By simply posting the provided image on SNS, the club can easily develop SNS content with high visibility and organized information. The image can also feature club sponsored ads, which serves as a “monetization opportunity” through sponsorship.
We can acquire various data of B League games and automatically convert various competition data related to the games into contents. SAG is a service developed in-house that makes the most of this strength.

In addition, we will promote the DX of each club by delivering highly reliable information and content to users in real time while achieving operational efficiency through the club’s official SNS. 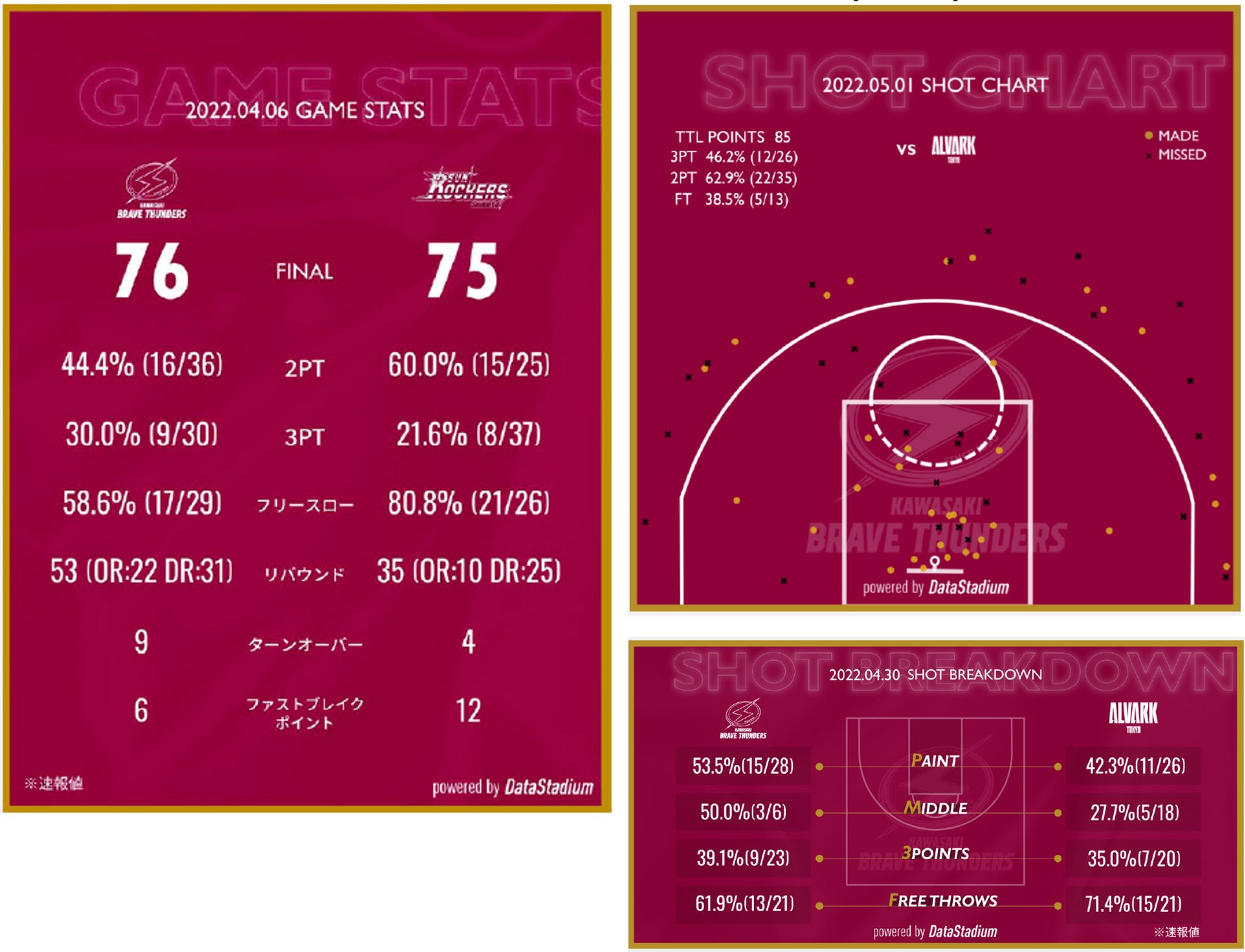 ■ What is Data Stadium?

Since its establishment in 2001, Data Stadium has acquired, accumulated, and analyzed data on J-League, professional baseball, B-League, etc., and has provided solutions for strengthening and improving tactics to sports organizations, teams, clubs, and players. doing. We also provide entertainment content that utilizes various data and data to fans and the media, proposing new ways to enjoy sports.