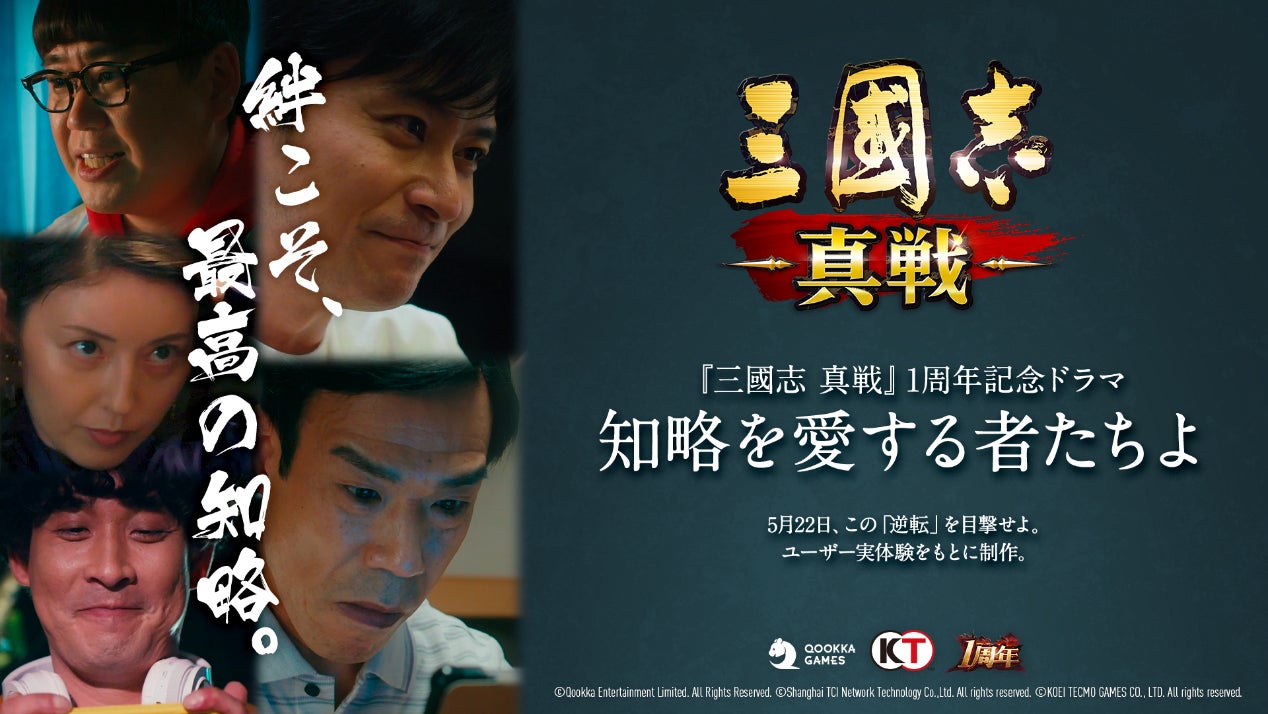 “A certain alliance aiming for Luoyang. Many hardships that fall there. How to overcome this crisis?”

The drama, which is one of the highlights of the 1st anniversary of “Sangokushi Shinsen”, was created based on the actual experiences of certain monarchs. In the midst of repeated crises, the five protagonists of different occupations, regions, and ages who have won the victory with wisdom fight together with the same beliefs and goals, which is exactly the world of “Sangokushi Shinsen” every day. It overlaps with the princes who are struggling in. In other words, the reversal drama depicted in this drama is familiar to everyone, and what shines on the screen is that each of you speaks for the bond that each of you has built in “Sangokushi Shinsen”. It is no exaggeration to say that it is a thing!

Then, to all the princes, please impress your eyes as the “sixth hero”! 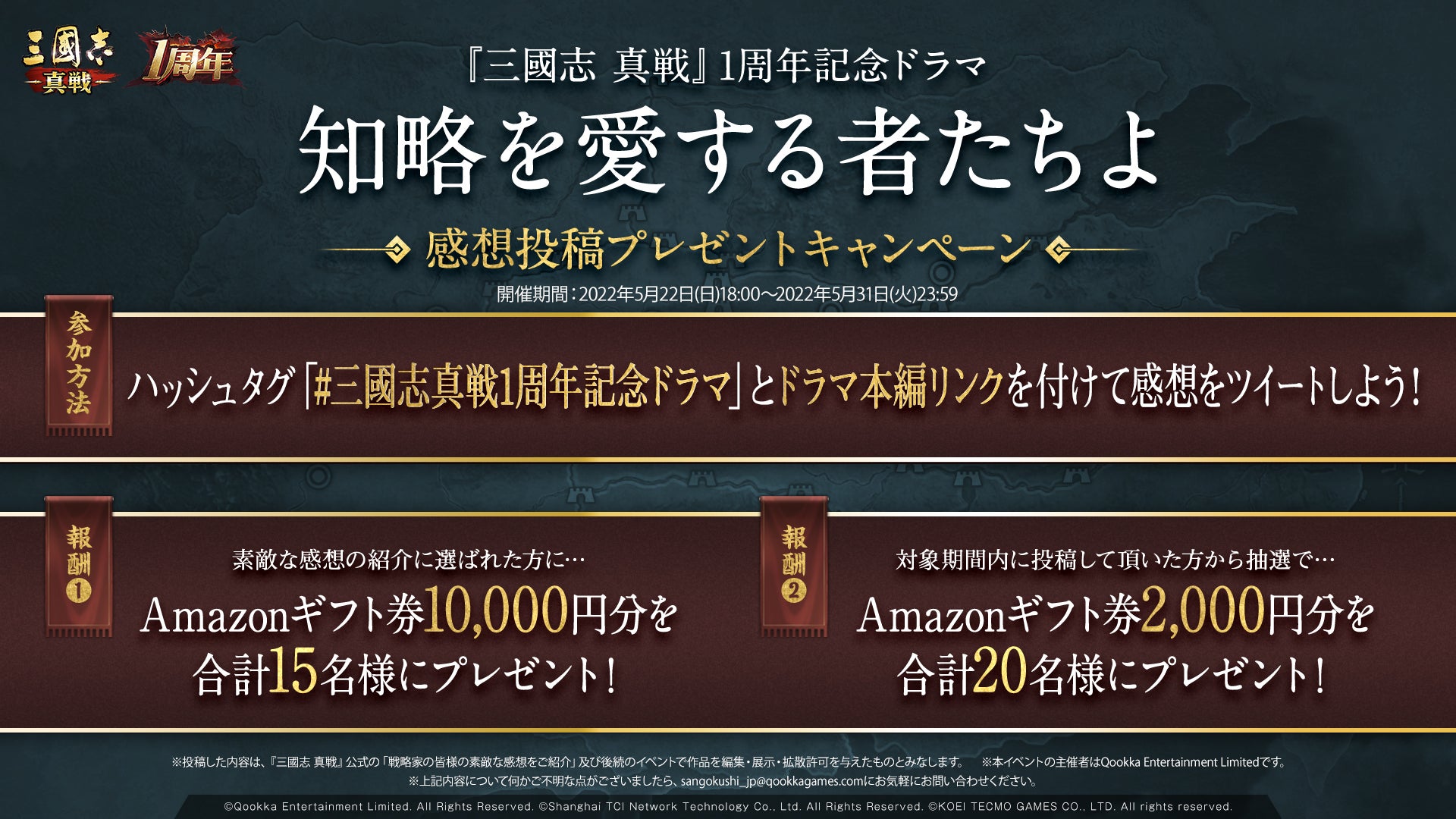 “Sangokushi Shinsen” is a smartphone game app developed by Qookka Entertainment Limited under the supervision of Koei Tecmo Games. The way of playing the original “Sangokushi” series is firmly inherited.

In this work, players can fight fairly with anyone by realizing the two major innovation points of “strategic and fair opposition” and “realistic battlefield rules”. There is no game design that says “If you pay, you will be stronger” because the superiority and inferiority of the strategy and tactics selected by the player are reflected in the battle result. In a realistic battlefield environment, a flexible mind is of utmost importance. Survive the Three Kingdoms Rebellion and stand out with your own wisdom!

Thousands of horses collide with a huge map of one million squares! Countless heroes lurking in the shadows of the present age gather in the land of the Three Kingdoms and fight for supremacy in the world! A season-based strategy simulation game where you can experience the essence of “true” strategy and tricks.

1st anniversary from the start of distribution! Finally, the new season “Battle of Red Cliffs” has begun! The variations of the composition will be further diversified! Whether you are a user of the series or a first-time user, please experience the real Sangokushi battlefield with this work “Sangokushi Shinsen”!