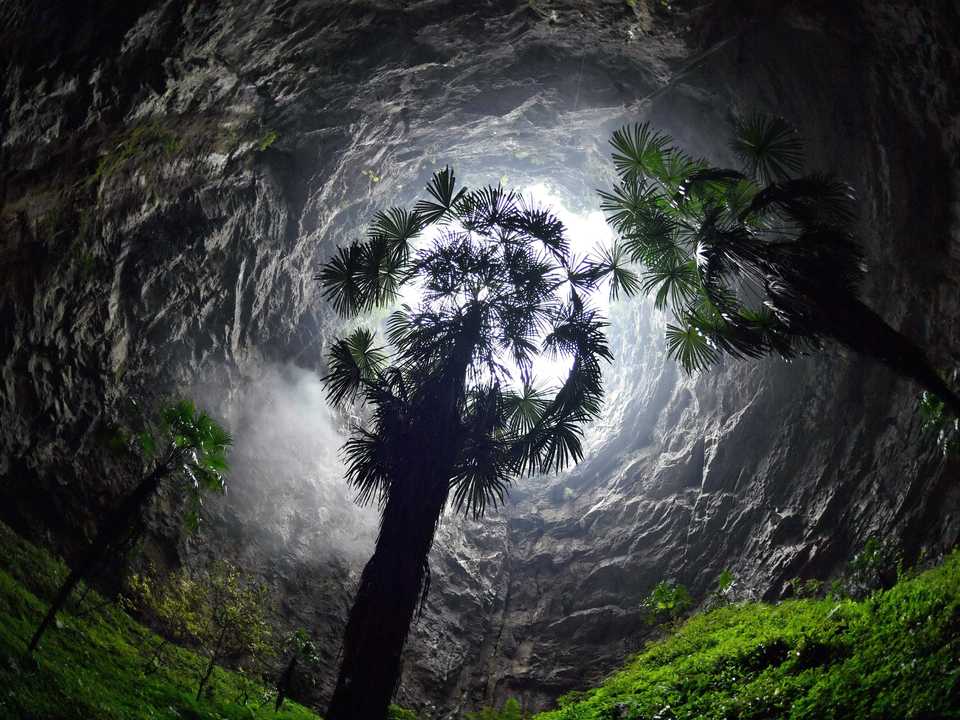 View from the bottom of a huge sinkhole found in China.

Xinhua News Agency reported on May 7, 2022 that a research team in a huge sinkhole found in Leye County, Guangxi Zhuang Autonomous Region of China, found a primeval forest hidden deep inside.

The sinkhole is 306 meters east-west and 150 meters north-south, with a maximum depth of about 192 meters, said Zhang Yuanhai, a senior engineer at the Yanrong Geological Institute of the China Geological Survey. 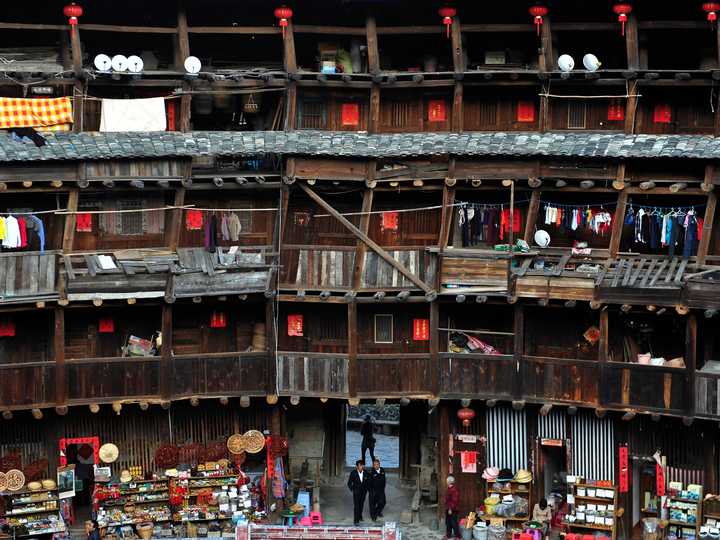 The institute’s research team rappelled down a hole about 100 meters deep and walked for a few more hours to reach the bottom of the sinkhole. There, they found a primeval forest overgrown with old trees about 40 meters high, research captain Chen Lixin told the Xinhua News Agency. It is said that plants up to shoulder height were also densely growing. 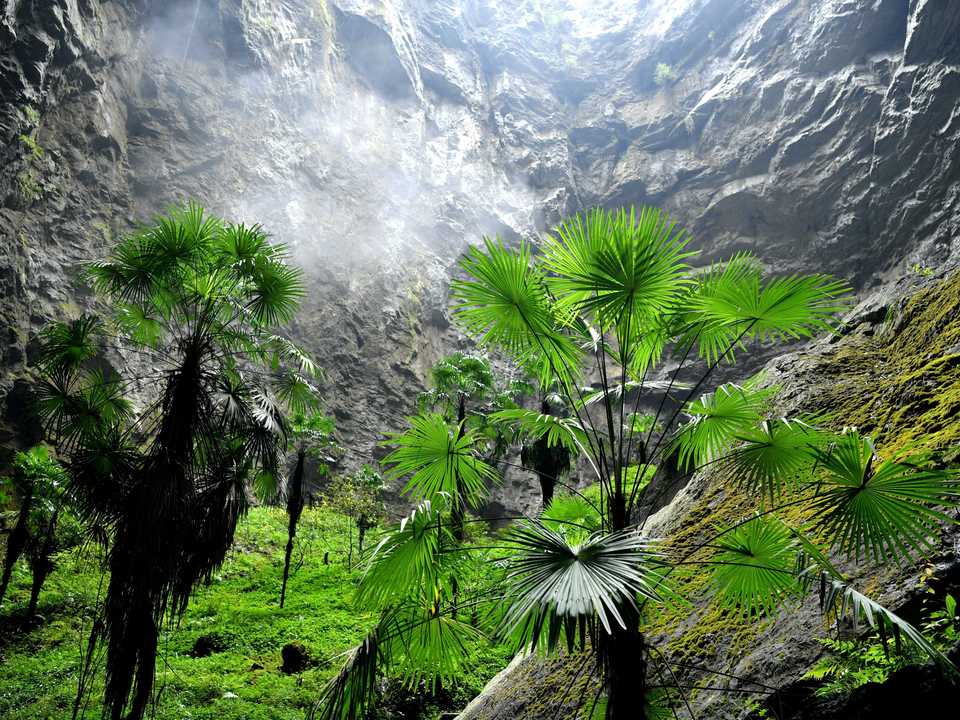 A primeval forest found in the depths of a sinkhole.

A video posted on Twitter on May 7 shows investigators walking through bushes and manipulating drones to record sinkholes.

Some researchers believe that such sinkholes may be inhabited by undiscovered flora and fauna. “These sinkholes have been academic so far,” said George Veni, executive director of the National Cave and Karst Institute in New Mexico, USA, on May 19, AccuWeather reported. I wouldn’t be surprised if a species that had never been reported or described was discovered. “ 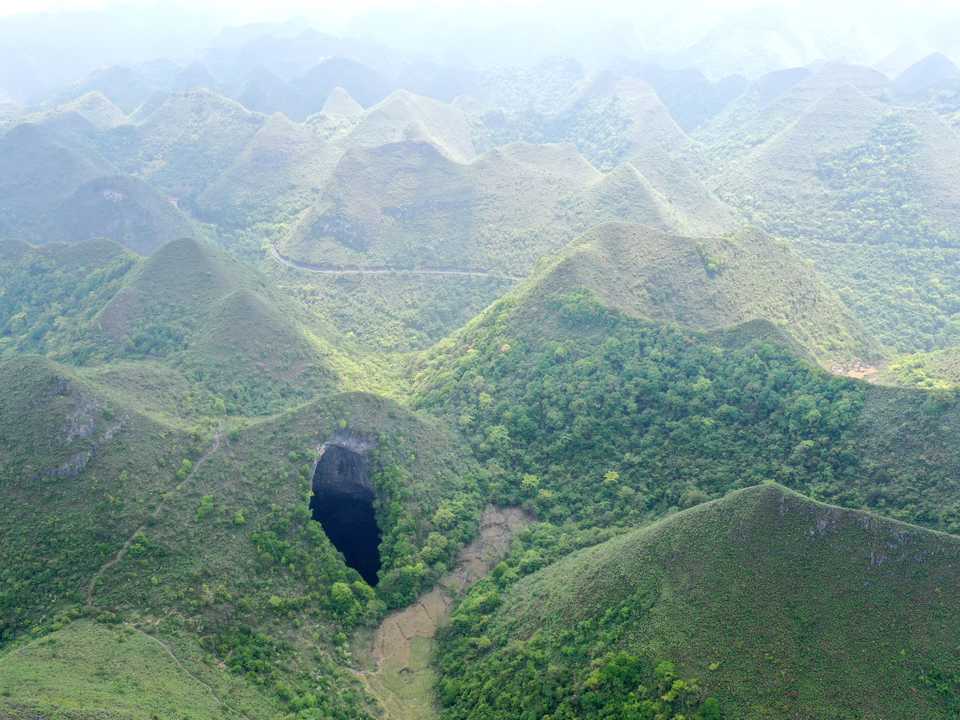 “Regional differences such as geology and climate can make a big difference in how karst terrain looks on the ground,” says Beni.

“In China’s karst terrain, you can see incredibly spectacular views such as huge sinkholes and wide open cave entrances, while in other parts of the world, even if you step into karst terrain. You may not notice anything in particular. The size of the sinkhole is small, 1 or 2 meters in diameter. The entrance to the cave is often small, in which case you have to shrink your body. Don’t become “

Leye County’s karst terrain was registered as a UNESCO World Heritage Site in 2007 due to its unique terrain such as unique rock formations and large cave systems.

China also has the largest sinkhole in the world. It is a sinkhole with a depth of more than 600 meters called “Small Tian Pit”, which can be seen in Fengjie County, Chongqing City. 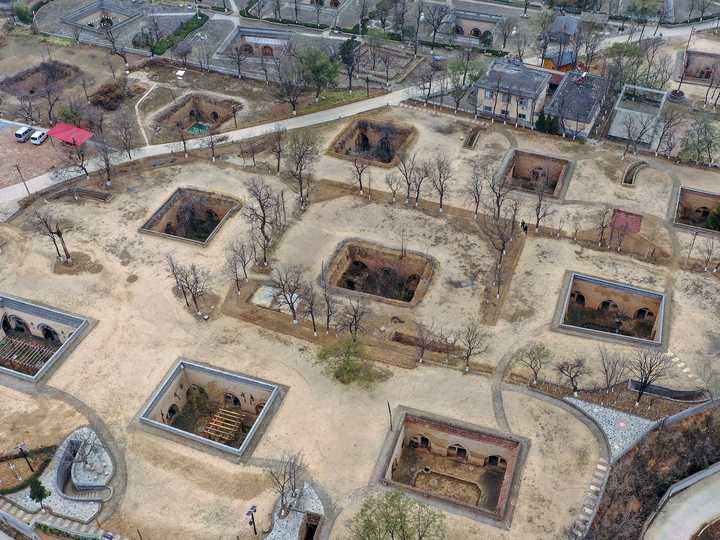 The outfit is refreshing at once! A must-have for summer is the "canvas bag"! | Fashion | Safari Online

A collection of fashionable outfits for adults! An "all white" date that won't hurt! | Fashion | Safari Online