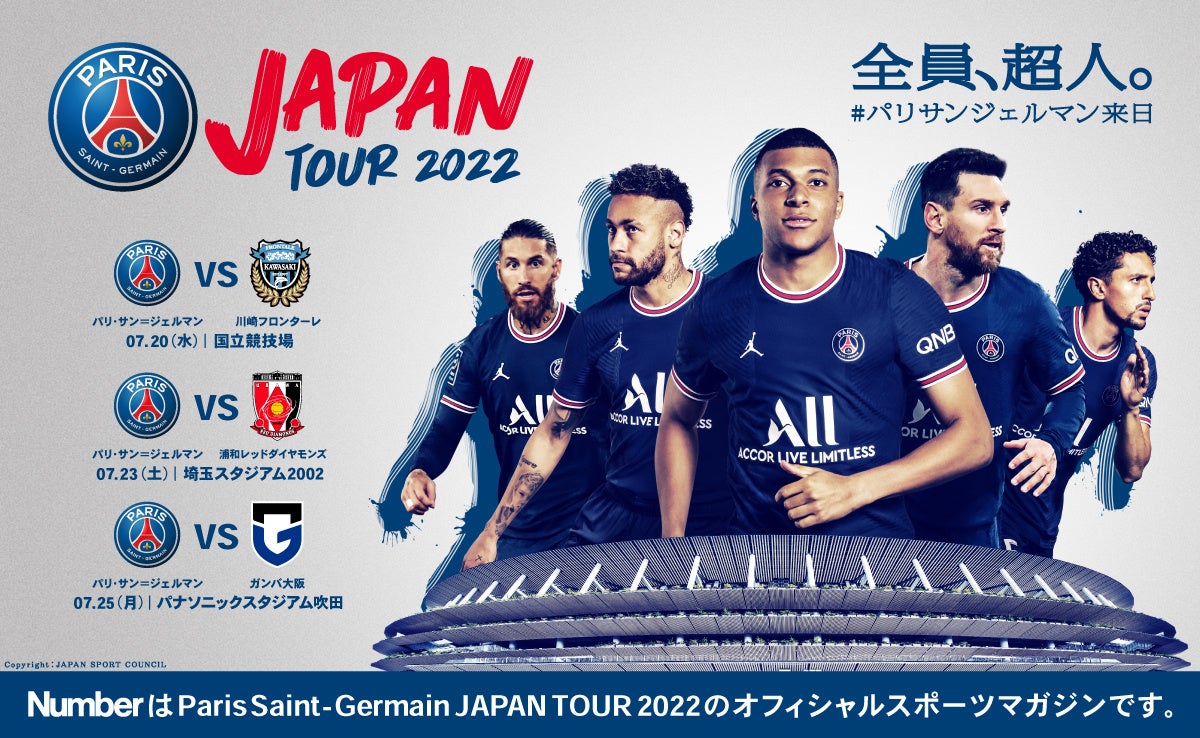 “Paris Saint-Germain JAPAN TOUR 2022” is the world’s best club team, Paris Saint-Germain, including Kylian Mbappe, Lionel Messi, Neymar Jr, Marquinhos, Gianluigi Donnarumma, in the 2022/23 season. This summer’s Japan tour will be held in order to deepen the training and interaction with Japanese fans.
It will be the club’s third summer tour to Asia, following China and Singapore tours in 2018-2019.

Number, as the official sports magazine, closely covers all activities during the tour. After the tour ends, we plan to release a special edition of “NumberPLUS” Paris Saint-Germain JAPAN TOUR 2022 as a compilation.

Founded in 1970, Paris Saint-Germain celebrates its 50th anniversary in 2020. Since being acquired by QSI in 2011, it has reigned as one of the world’s top soccer clubs and top sports brands. The club has won 28 trophies in the last 11 years and 46 overall, making it the most successful club in France. Many great players have been signed to date, including three of the best players in the world today: Ronaldinho, David Beckham, Zlatan Ibrahimovic and most recently Lionel Messi, Neymar Jr. and Kylian Mbappe… In terms of the club’s international popularity, there is no doubt that over the past 11 years the community of social media followers has grown to around 170 million and is now one of the most popular teams in football. It is In addition, forward-thinking club Paris Saint-Germain added its own eSports team in 2016 to its existing men’s and women’s football, handball and judo teams. Not forgetting to give back to the community, Paris Saint-Germain has significantly increased funding to charitable foundations and is also pioneering a wide range of programs for disadvantaged youth.