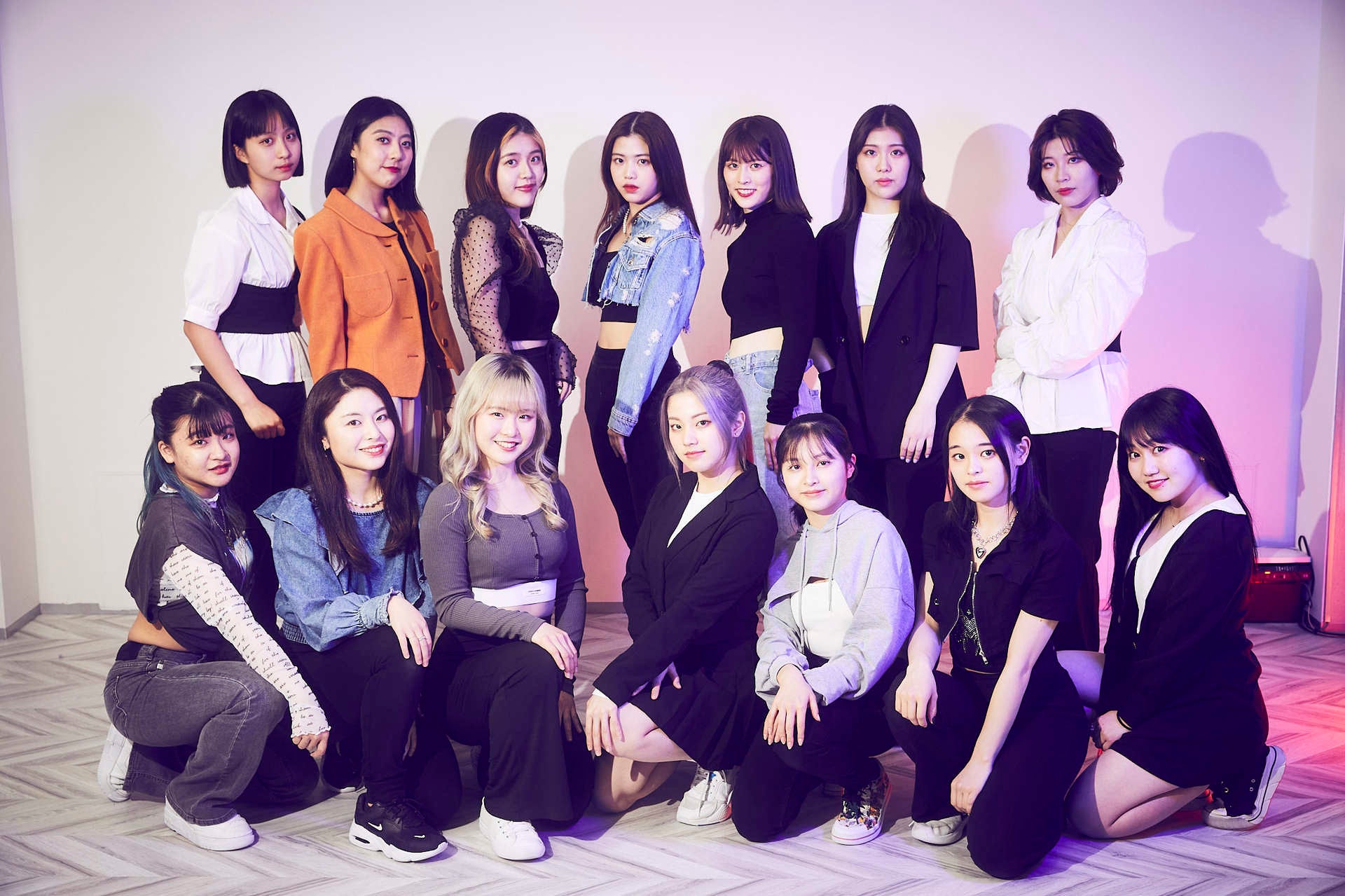 [Auditions will be judged one by one, not in groups, and we will give feedback firmly.] A new trainee audition will be held to start the monthly lesson !!
This recruitment is limited to 30 people,
We are recruiting scholarship students, advanced students, intermediate and beginners on Saturdays, Sundays, and weekdays. 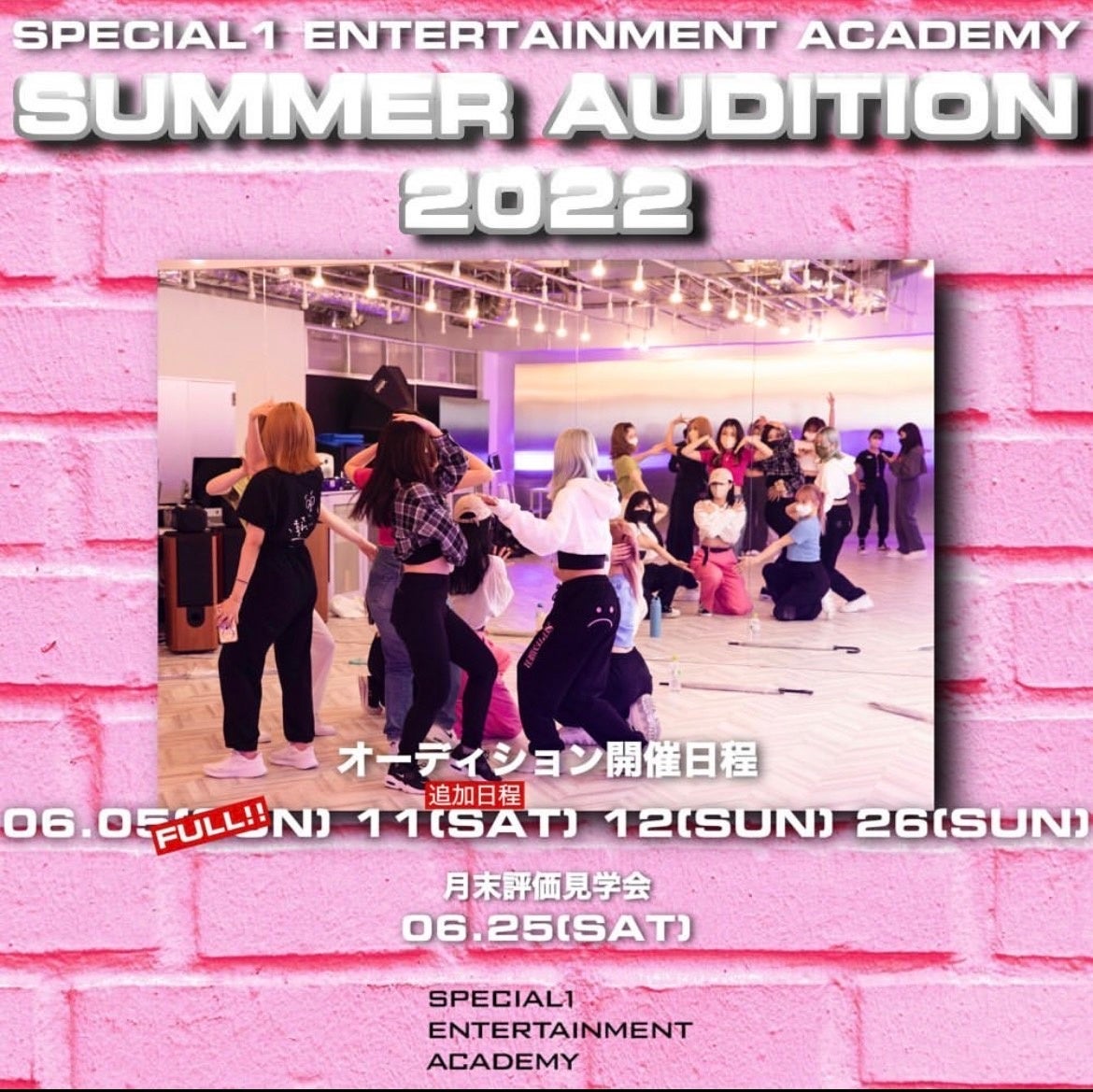 https://www.instagram.com/special1academy/
○ Official HP https://special1.jp
Please apply for the audition from the application form of the link on Instagram or the homepage.

○ Audition content (women only)
Only face-to-face.
As a trainee, you will be able to participate face-to-face with lessons at Nakameguro’s studio.
1) Self-introduction (within 1 minute)
2) Song (with sound source, without microphone) * Please prepare the sound source so that it can be played even when offline without radio waves or Wi-Fi.
3) Dance (with sound source)
Within 1 minute for both dancing and singing. The genre and language do not matter. Please prepare a song with confidence.

Auditions will be judged one by one, not in groups, and we will give feedback firmly. 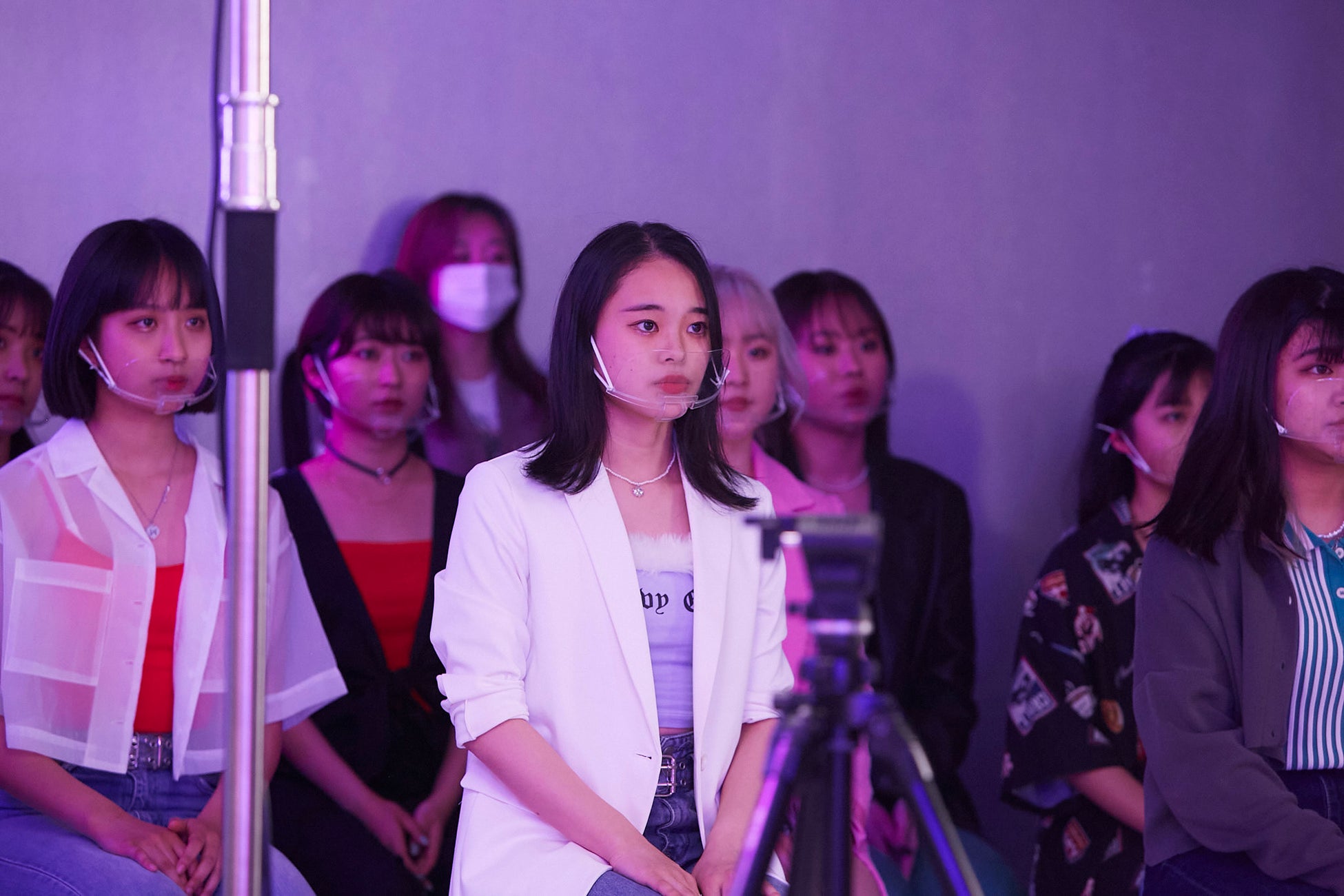 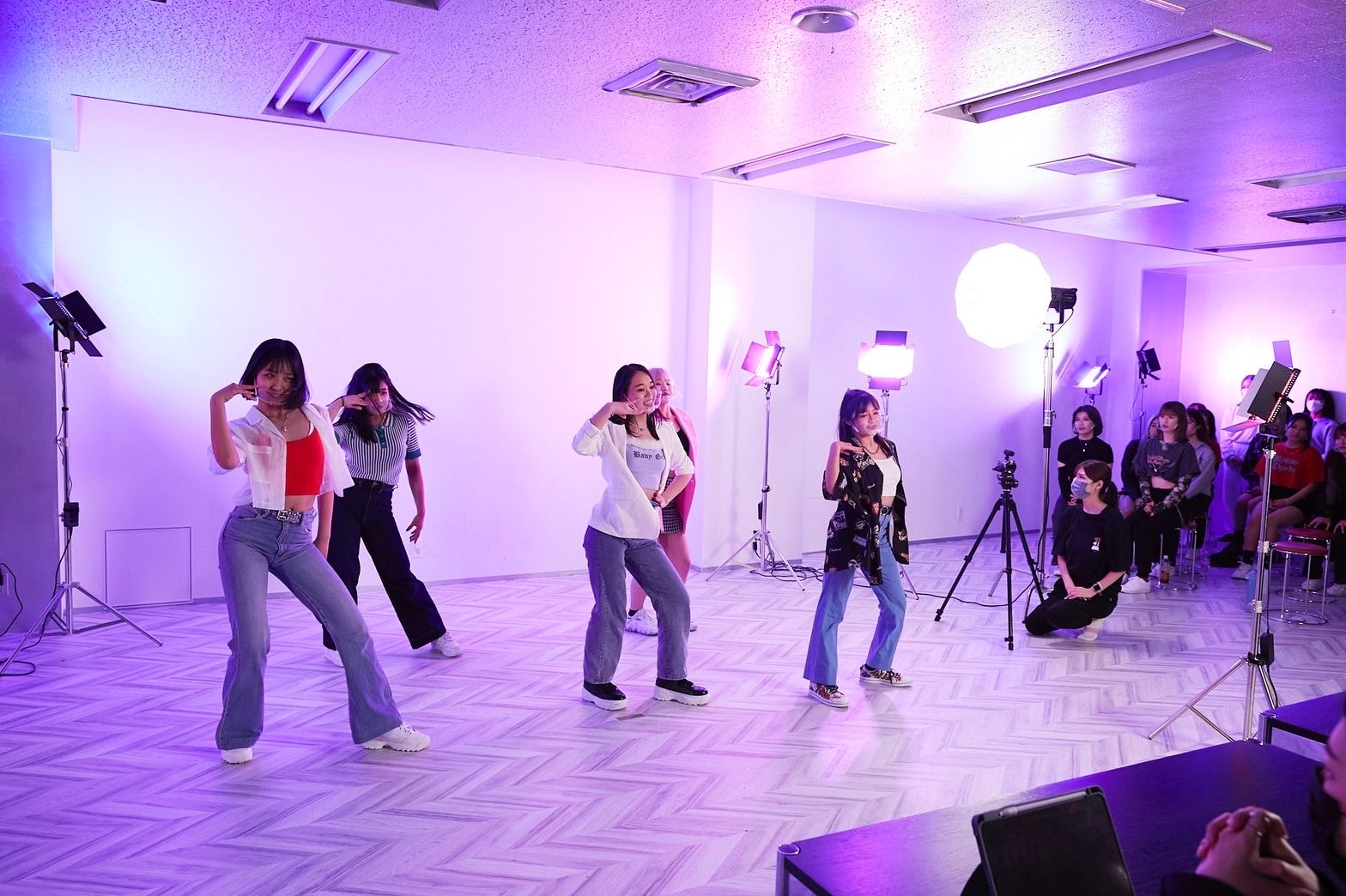 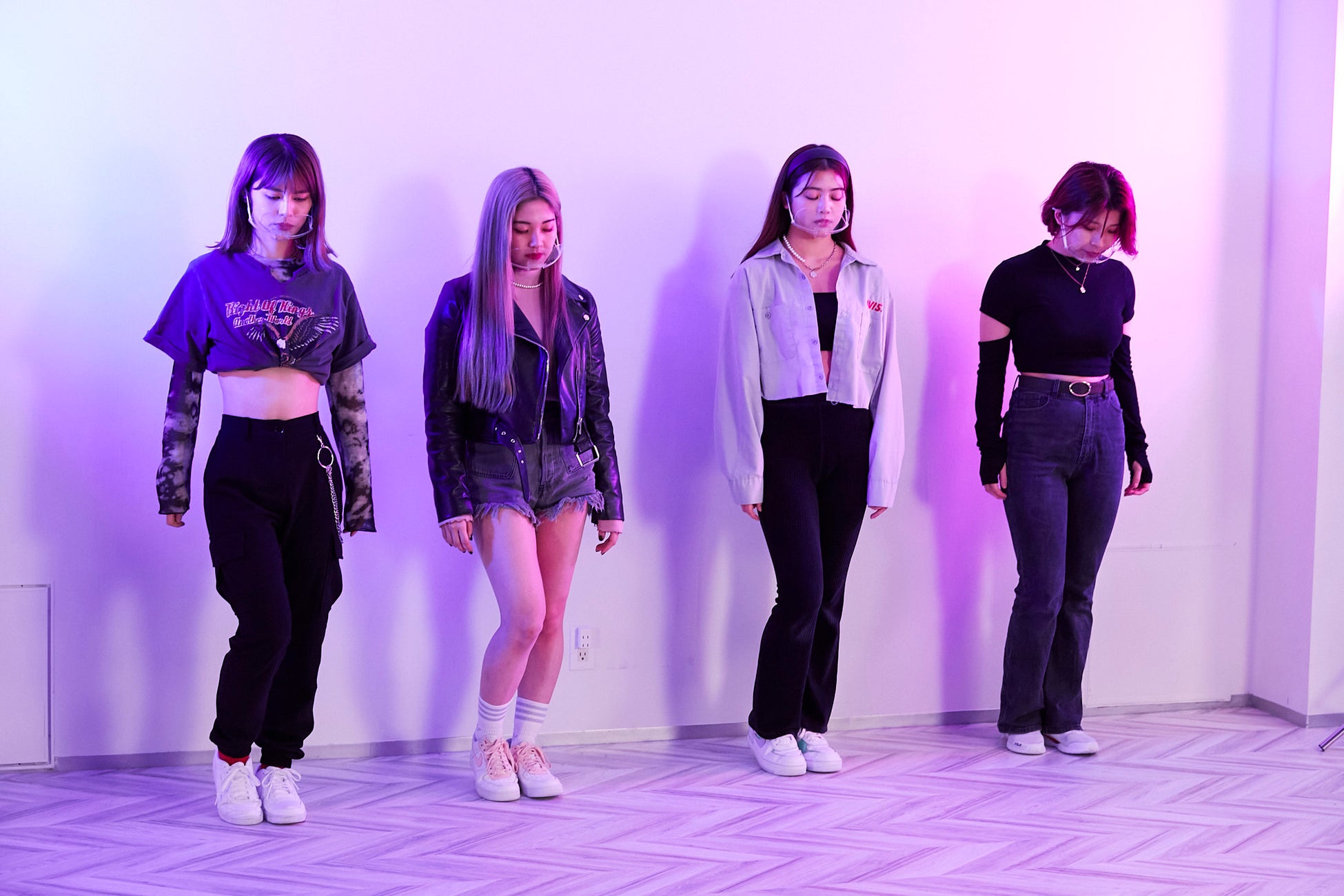 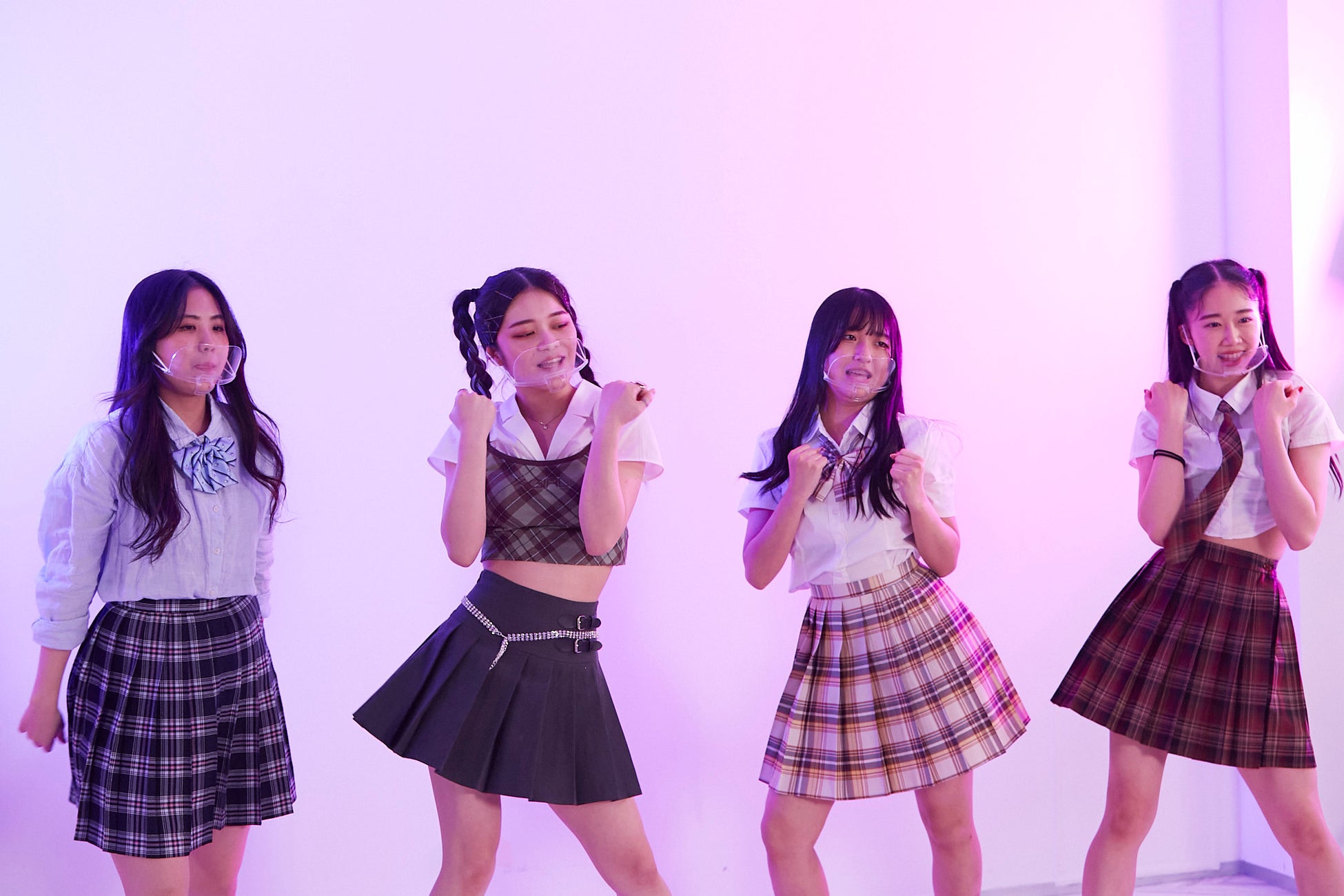 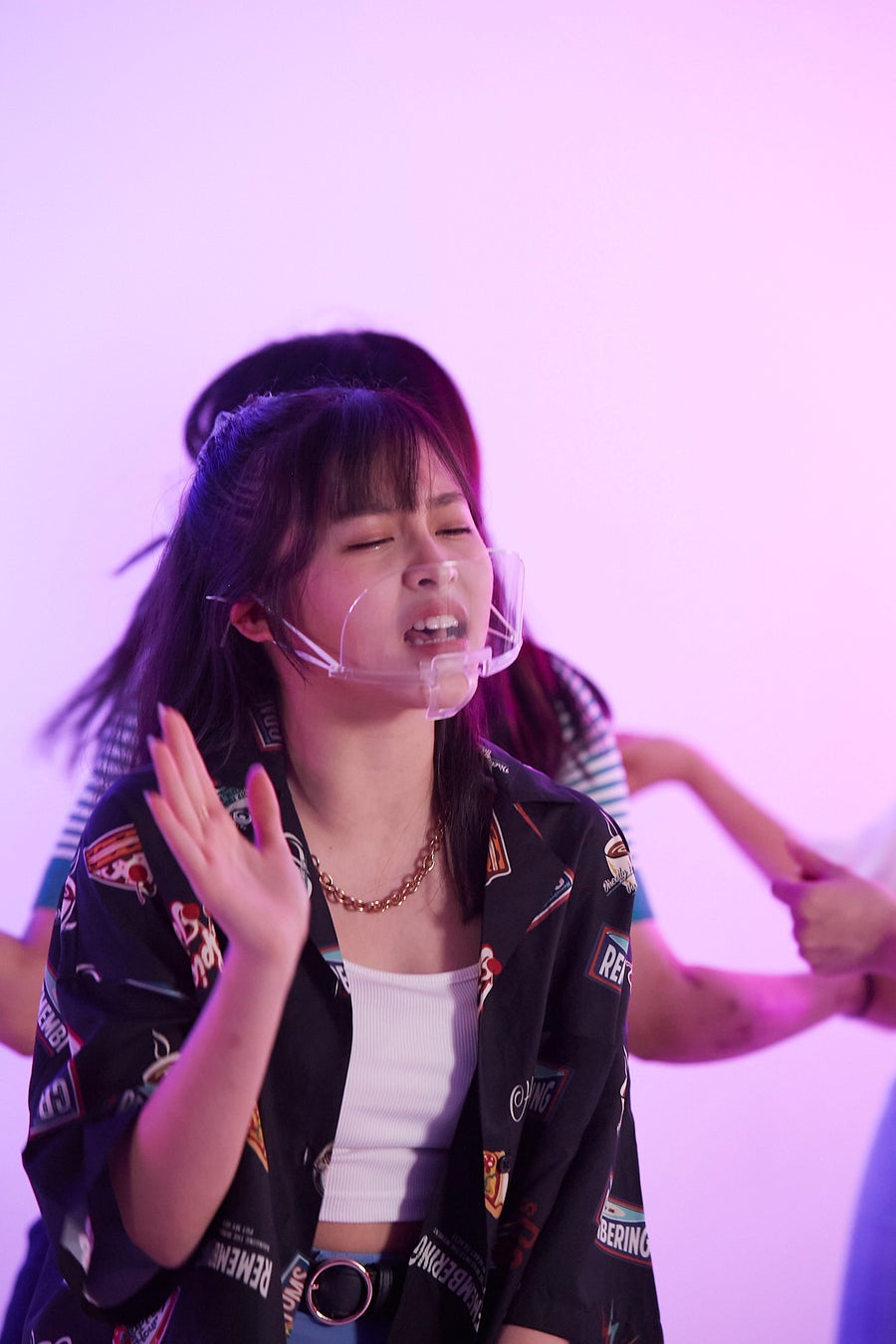 [Announcement of success] Within 2 days after the audition, only successful applicants will be notified by email and DM. Only successful applicants will be given a URL for the first tuition payment and detailed lesson information.
[Audition venue]90 seconds walk from Nakameguro station !!
2-9-35 Kamimeguro, Meguro-ku, Tokyo 153-0051 Nakameguro 2nd GS Building B1F
“SPECIAL1 ENTERTAINMENT ACADEMY”
Wankuro Nakameguro Entertainment Studio


“SPECIAL 1 ENTERTAINMENT ACADEMY” by WONDER & CLOCKS Co., Ltd., which has succeeded in showing top artists from all over the world such as Mark Ronson and Calvin Harris, as well as top Korean artists such as DEAN and GRAY (AOMG) DPR LIVE. Operates.
For top teachersWanna One’s blockbuster song “BOOMERANG”Producer / vocal director who wrote, composed, and produced (YouTube MV total number of views exceeded 70 million times)ROYDOIncluding,
Kondo, a vocal trainer / chorus arranger who is widely involved in vocal direction and demo production for various K-POP stars such as Yurina Kawaguchi, SHINee, EXO, NCT 127, who appeared in “Girls Planet 999” and made her solo debut. Akihiro.

In recent years, he has expanded into the United States and shows a global success.Soul producer duo LONG DRIVE, who works on songs by big artists such as MONSTA X’s IMIs welcoming.

Among the academy trainees who passed the audition in the past, a major Korean office to which many K-POP stars such as Girls’ Generation and NCT belong.Producing successful candidates for SM Entertainment..

Also, a special one traineeeill “just a gal”Was appointed as a back dancer in Choreography Video ofCo-starred with GUNMI, a dance unit choreographed by BTS “Butter”OrITZY’s official TikTok account will feature dance videos of trainees and collaboration will be realized.Since opening on July 1, 2021He has made many achievements and topics in one year. 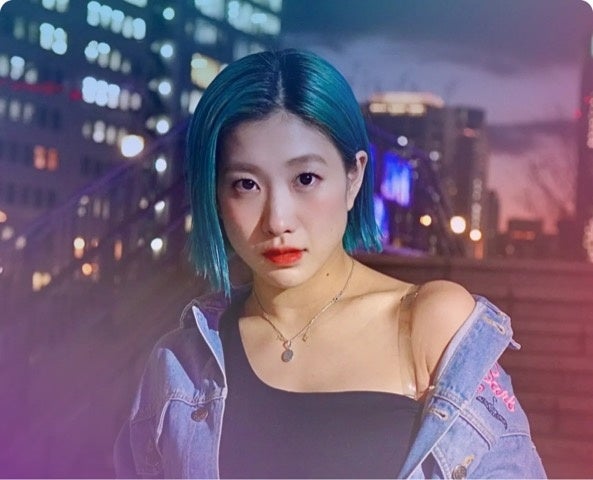 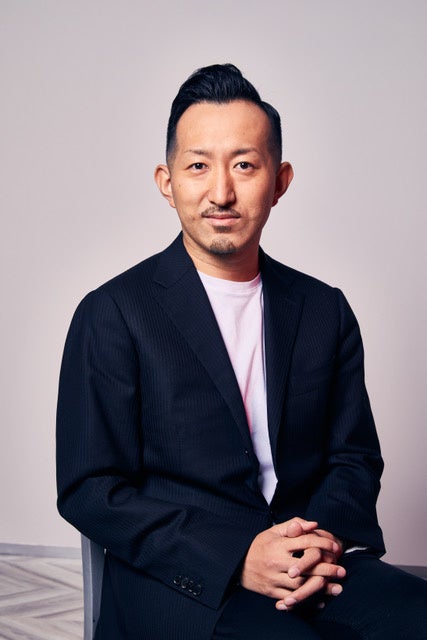 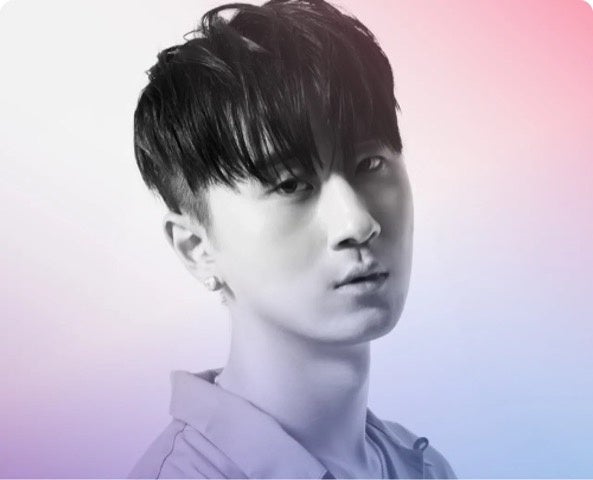 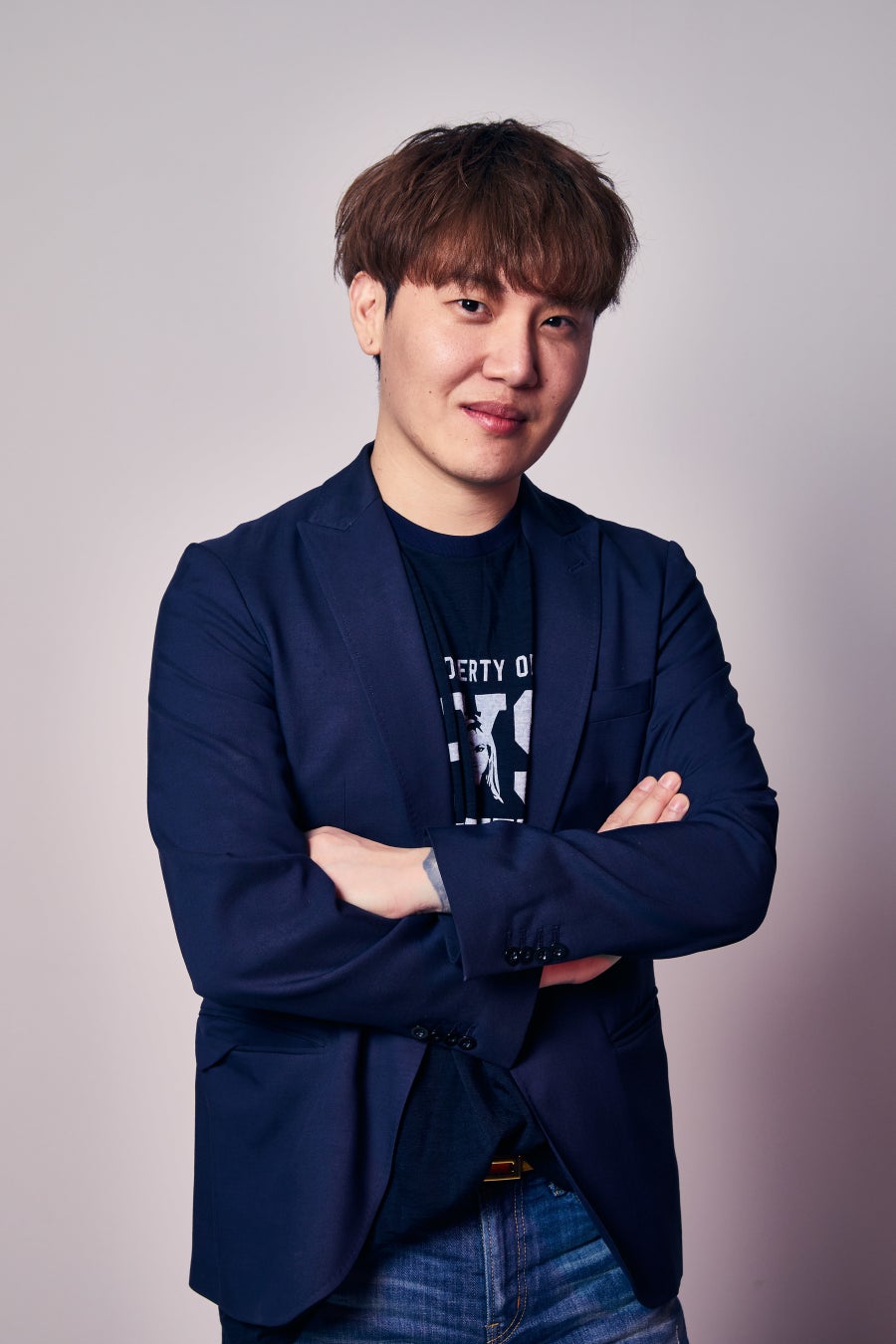 ・ Hana (That crew)
SPECIAL1 ENTERTAINMENT ACADEMY Dance Director
From an early age, he learned all genres such as dance, JAZZ, ballet, and HIPHOP. She has also won numerous shows and contests as a kids dancer since her childhood.Known as momo’s sister of K-POP idol TWICE, hana is a choreographer who is active with her “powerful yet feminine and supple dance” and “unique world view” that cannot be imagined from her petite body.

Yurina Kawaguchi, who appeared in “Girls Planet 999” and became a hot topic and made her solo debut.
Performed vocal direction for SHINee, INFINITE, Super Junior, EXO, NCT127 and many other K-POP stars at a Korean studio, and is involved in a wide range of music production such as chorus and demo production.As a vocal coach, he is in charge of the vocal coach of the top artist with the world’s most advanced knowledge and technology, and as a vocal director and chorus arranger at the time of recording, he is still in charge of many high-ranking works of Oricon.

Born in Seoul.. Wanna One “BOOMERANG” THE BOYZ “No Air” and other blockbuster songs, PENTAGON, BAP and many other Korean top artists’ songs, Korea’s premier producer and singer-songwriter. At YG Entertainment, to which BLACKPINK belongs, he has a track record as a vocal trainer with members of Treasure and Ab6ix belonging to Brand New Music.

・ Seo Younghoon
SPECIAL1 ENTERTAINMENT ACADEMY Director / Vocal Director
Born in Seoul. Experienced as a member of ROYAL CLASS, a hip-hop crew from WINNER’s MINO, Seventeen producers Ke Bom-ju, and Taewoon, and worked as an artist under the activity names SCOTCH VIP and CHANCEY THE GLOW in South Korea. I do.
Prepare for his debut as a trainee at Sdus HQ, to which Korean representative actor Jang Hyuk, actor Oh Yeon Seo, EXID Hyelin, and god Park Joon Yong belong.Appeared with SEVENTEEN, WANNA ONE, TWICE, MONSTA X, etc. at MNET KCON JAPAN 2018, the world’s leading K-POP festival.
Held in South Korea in 2019Performed MC at BIGHIT Entertainment HIT IT 7 HIPHOP Competition.
As a producer, Lin Fan –ALL RIGHT composed in 2020No. 1 on the Chinese daily chart.. In 2022, the popular singer SongleyProviding music to Taichi Mukai and winning the 2nd place on the iTunes R & B chart of “Yellow Rose”.Also active as a producer / artist. 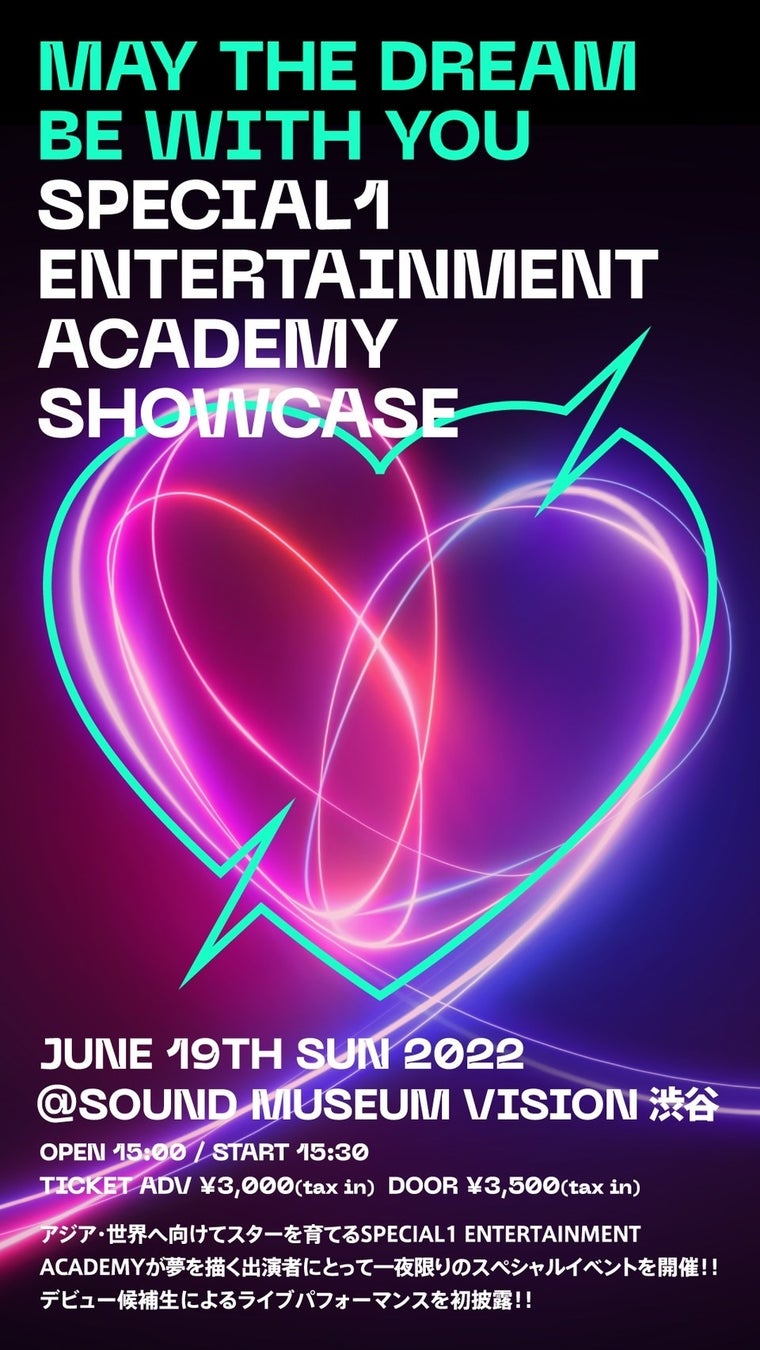 First live event by academy trainees
“MAY THE DREAM BE WITH YOU
-SPECIAL1 ENTERTAINMENT ACADEMY SHOWCASE 2022- “
Held.. Check this out as well !!
In addition, various WORKSHOP and K-POP dance / basic lessons are also being held! 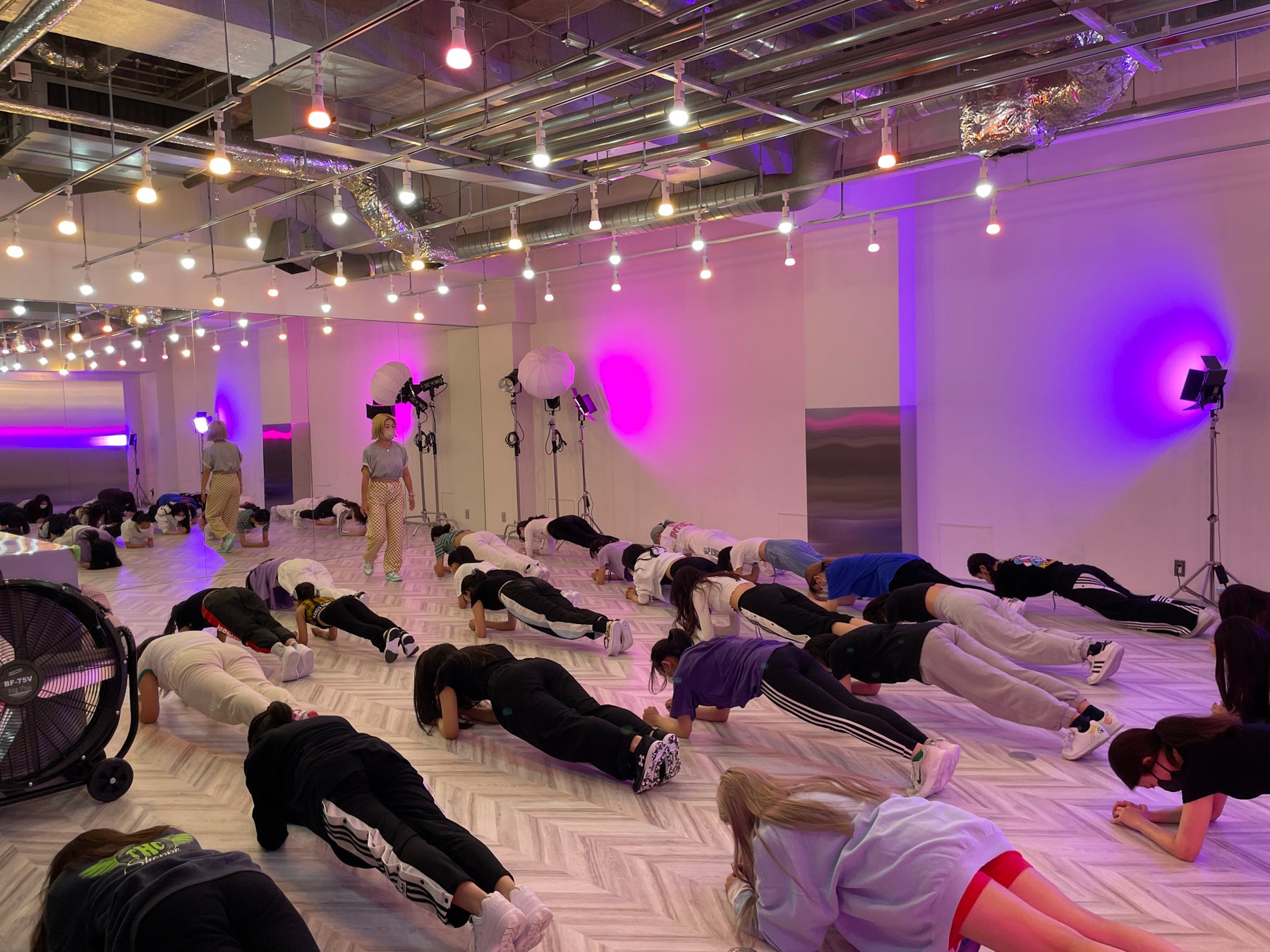