Facebook Twitter LinkedIn Tumblr Pinterest Reddit VKontakte Odnoklassniki Pocket
Church is pleased to announce the second collection of footwear capsules in collaboration with Off-White ™. Reflecting the rebellious style of Off-White ™, this genderless capsule collection boasts a forward-thinking spirit at the heart of Virgil Abloh’s philosophy of “Question Everything.” It is a collection that fuses the tradition of craftsmen with the style that has been passed down.

Following the first release announced in March 2022, the second release in collaboration with Off-White ™ focuses on Church’s other icon model, the Consultant. With the details of Off-White ™’s classic “Meteor” at the center of the design, we propose a modern silhouette suitable for summer outfits with circular holes throughout the body of the shoe. This collection, which sublimates the theme of “Meteor Shower” envisioned by Virgil Abloh, is the signature of Off-White ™ and is an iconic circular cut reminiscent of holes in Swiss cheese and craters of meteor showers. The out is expressed by more luxurious materials and voluminous shapes, and has evolved further. 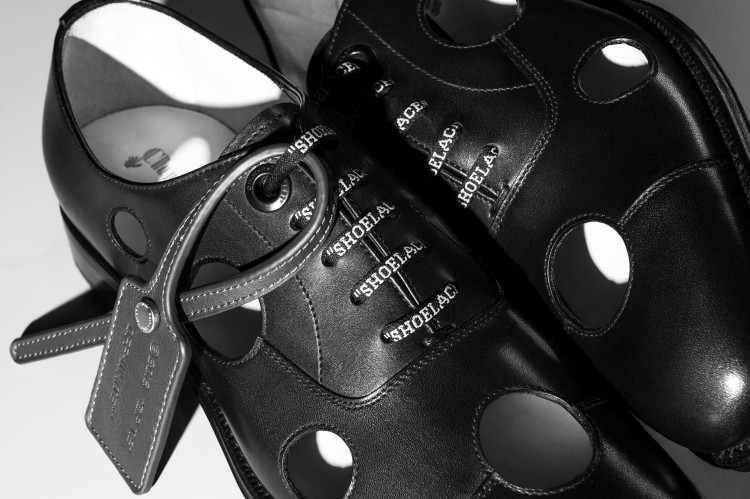 The history of “consulting” currently made using Last 173 dates back to 1945. The model name comes from the British ambassadors and politicians who used these shoes, and soon after their release, they became a symbol of the British upper class at that time. The second collaboration, “Consult Meteor,” retains this stunning Oxford-style character with carefully brushed and polished black calfskin. The upper has a number of large holes and is finished with Off-White ™’s trademark hang tags and shoelaces.

The second capsule collection in collaboration with Off-White ™ and Church will be available at some Church domestic stores (Omotesando (men’s, ladies’), Isetan Shinjuku (ladies’ only)) and the official online store from June 29th. Scheduled to start. Off-White ™ domestic stores (Aoyama, GINZA SIX) will be released in July. 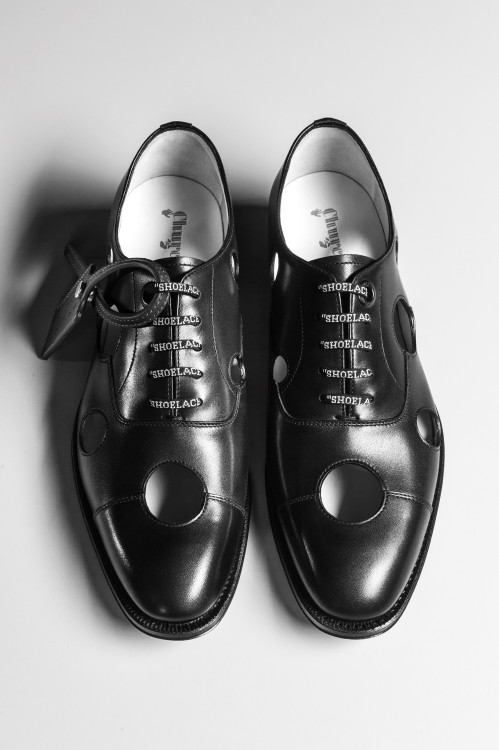 About church
Church’s history dates back to 1617, when shoemaker master Anthony Church made shoes in Northampton, England, known as a city that has flourished in the fine shoe industry since the Middle Ages. His shoemaking skills and pride have been passed down from generation to generation, and in 1873 he was born Church & Co. Church still manufactures shoes at its factory in Northampton, England, and has 62 retail stores and retail stores around the world, including London, Paris, Edinburgh, Milan, Berlin, Hong Kong, Singapore, Tokyo and Seoul. We are expanding in Shanghai and Beijing. Church shoes from the men’s and women’s collections in pursuit of craftsmanship and luxury. Will continue to announce. Church’s spirit, faithful to traditional British shoemaking craftsmanship, and its timeless beauty and quality, continue to be loved around the world.

Off-White c / o Virgil AblohTM
About (Off-White c / o Virgil Abloh)
Founded in 2013, Off-WhiteTM is a culture of the present by developing men’s and women’s collections, objects, furniture and printed matter under the concept of defining a gray area between black and white. And send a vision. We develop a collection that focuses on creating items that embed a story and give an identity through design. With a design studio in Milan, Italy, he expresses designs and trends from a global perspective while making the most of Italian history and craftsmanship. Creative director and designer Virgil Abloh explores the concept of modern youth culture with a clear vision of combining the reality of how to wear clothes with the artistic expression of high fashion.

Legal Force raised 13.7 billion yen by "lowering valuation and raising the amount" "Investors who were away due to the recession" | Business Insider Japan