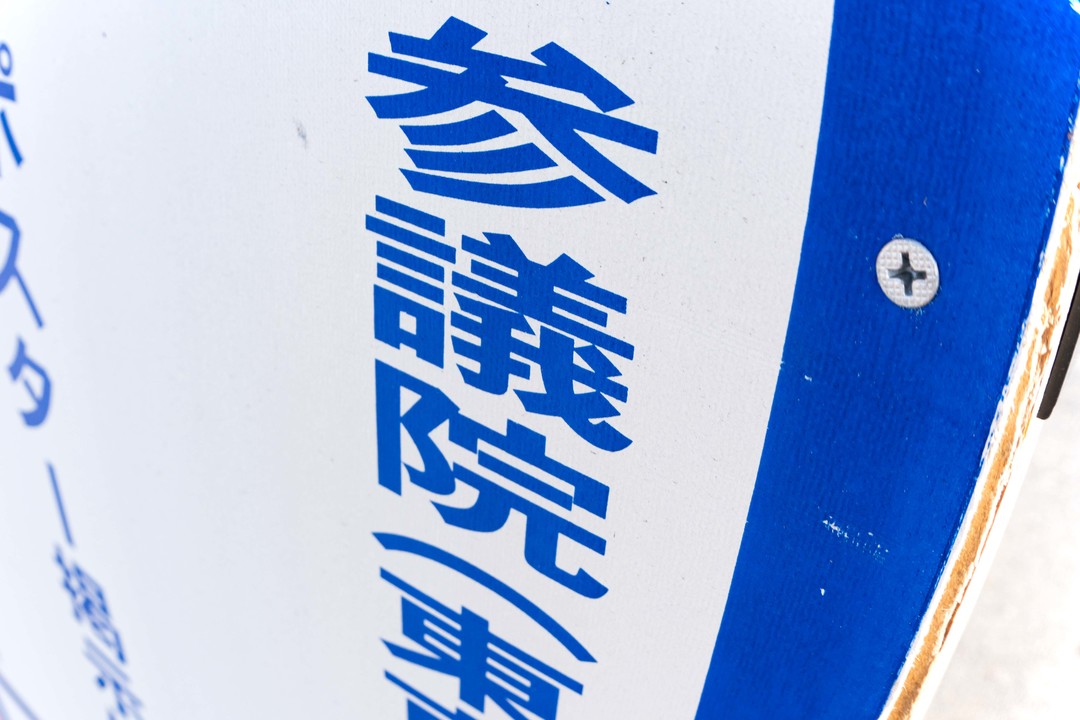 We asked each political party about the ratio of female candidates and their opinions on the quota system for the upper house election on July 10.

On the other hand, it is also true that women are still minorities in the Diet.

In 2018, ask political parties to equalize the number of male and female candidates as much as possible“Gender Equality Promotion Law in the Political Field” (Candidate Gender Equality Law)Has been enforced.

Furthermore, in December 2020, the government approved the “Fifth Basic Plan for Gender Equality” by the Cabinet.“By 2025, 35% of women will be candidates for national elections.”We have set a goal to be.

The introduction of a quota system is currently under discussion to correct this gender gap. The quota system is one of the positive action methods, and it is a system that allocates a certain number of people and ratios based on gender.

Business Insider Japan conducted a survey of nine major political parties that have candidates for the Upper House election. I asked about the pros and cons of the quota system. The following is a summary of the answer results. 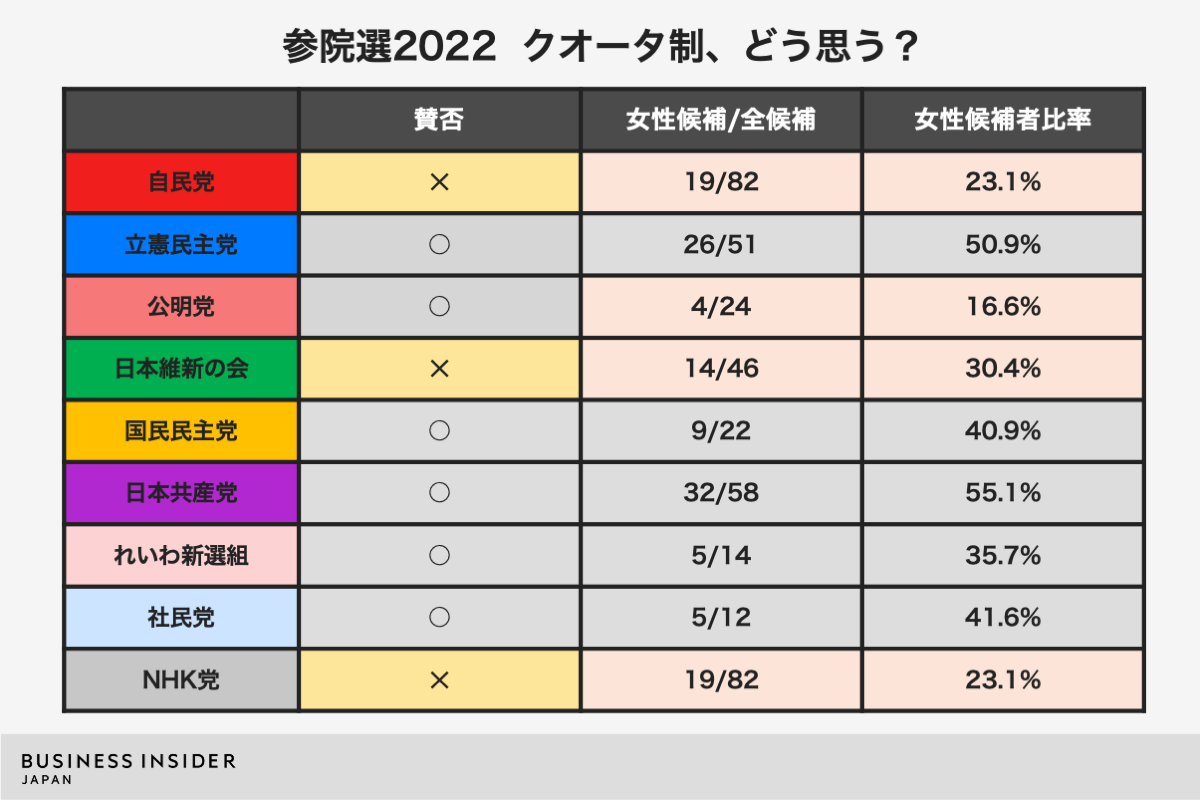 Image: Created by Business insider Japan based on the results of the questionnaire.

Of the political parties that respondedThe Liberal Democratic Party, the Nippon Ishin no Kai, and the NHK Party did not meet the government’s target of “35%” for the ratio of female candidates by 2025. Both are in opposition to the quota system.

Below are the answers from all political parties (bold letters and headings are from the editorial department, and party names are abbreviated).

There are various debates within the party regarding the quota system, but members of the Diet are equally representatives of all citizens (prefectures, municipalities), andOur party does not adopt the idea that “male members represent men and female members represent women” or “whether men or women take precedence over all other qualities”...

Based on the idea that both women and men should have equal opportunities to participate in politics, candidates should be recruited regardless of gender, and the most suitable one should be comprehensively judged and supported.The method of selecting people by setting the frame by gender from the beginning is not appropriateI think.

On the other hand, our party is energetically working to create an environment where women can easily run so that the number of female candidates will increase.

Regarding human resource development, we started the “Women’s Future School Special Course, Female Candidate Development Course” in 2nd year of Reiwa to train female candidates who will be ready to work, and this time, we have produced proportional candidates from graduates. doing.

Constitution: Aiming to realize a half-male and half-male parliament “parity”

Toward gender equality in the political fieldIntroducing a quota system in national elections, aiming to realize a parliament “parity” of half men and women..

Women, who make up half of the population, participate in the political arena where policies are formulated and decided, and more diverse voices are fairly reflected, creating a society where everyone can live comfortably.

To close the gender gap in the political arena, we will consider introducing an audit based on the IPU (Inter-Parliamentary Union) “Action Plan for Gender-friendly Parliament”.

Komeito: Gender gap in politics needs to be corrected

Agree. We believe that promoting gender equality in the political field is extremely important from the perspective of reflecting diverse public opinion in politics.

In particular, while incorporating the perspective of women rooted in life into politics,It is necessary to correct the gender gap in the political field, which is pointed out to be large internationally.I think.

Restoration: Part of childcare costs will be borne by the party

Whether or not numerical targets should be set simply, such as the introduction of a quota system, is an issue to be considered and is cautious at this point.

It is extremely important to create an environment where female candidates and female members can easily work.If only numerical goals are ahead, unfortunate mismatches can occur for both the individual and the organization...

In order to create an environment where female candidates and politicians can play an active role, our party has started a system in which the party bears part of the costs related to childcare, such as babysitters and temporary childcare fees.

Citizens: Introduced a “mentor system” in which senior members run side by side

Senior members of the Diet will accompany you from candidacy to parliamentary activities.Introduced a mentor system and introduced a “cafeteria method” where you can freely choose menus such as babysitter fee support to reduce the burden of nursing care and childcare.To do.

agree. The ratio of female members of the Diet in Japan is far behind the world standard, and is as low as 162nd out of 185 countries in the world (Inter-Parliamentary Union, May 2022, House of Representatives).

Over the last few decades, countries have been making improvements through proactive efforts, including the introduction of quotas... In order to overcome such delays in Japan as well, it is necessary to promote proactive efforts to correct discrimination, including the quota system, and at the same time, reform the election system centered on the proportional representation system that fairly reflects the will of the people.

Reiwa: Quota system is enacted even in public institutions and large companies

agree. By increasing the number of women in the place where the system and rules are decided, we will eliminate the structure that creates inequity due to gender and create an environment where both men and women can work comfortably.

Social Democratic Party: A country with many female members, it was quick to respond to Corona

Agree. It is essential to increase the number of women in parliament in order to change the current rigid and deadlocked politics.Looking at the response to the pandemic caused by the new coronavirus, countries with many female prime ministers and female parliamentarians responded promptly and appropriately and were effective...

He also gave consideration to everyone living in the country, especially children, minorities and key workers.

Japan ranks 120th out of 156 countries in the World Economic Forum’s Gender Equality Ranking (announced in March 2021). The political field is 146th. In order to raise this, improvement cannot be expected unless the political parties are obliged to do so.

Party N: May prevent men from participating in politics

oppose. Mandating a certain percentage of seats and candidates may force women to stand up without aiming to solve essential problems.

If there is a movement to force women to stand up, there is a risk that women will suffer damage, such as participating in politics in an environment that women themselves do not want...

I think it is important to create a system that naturally makes women want to participate in politics. again,Mandating the proportion of women may prevent men from participating in politics..

In the current politics, the shortage of sincere and excellent politicians is a serious issue for both men and women, and I think it is important for various people regardless of gender to actively participate in politics.

The ratio of female parliamentarians is 168th out of 190 countries 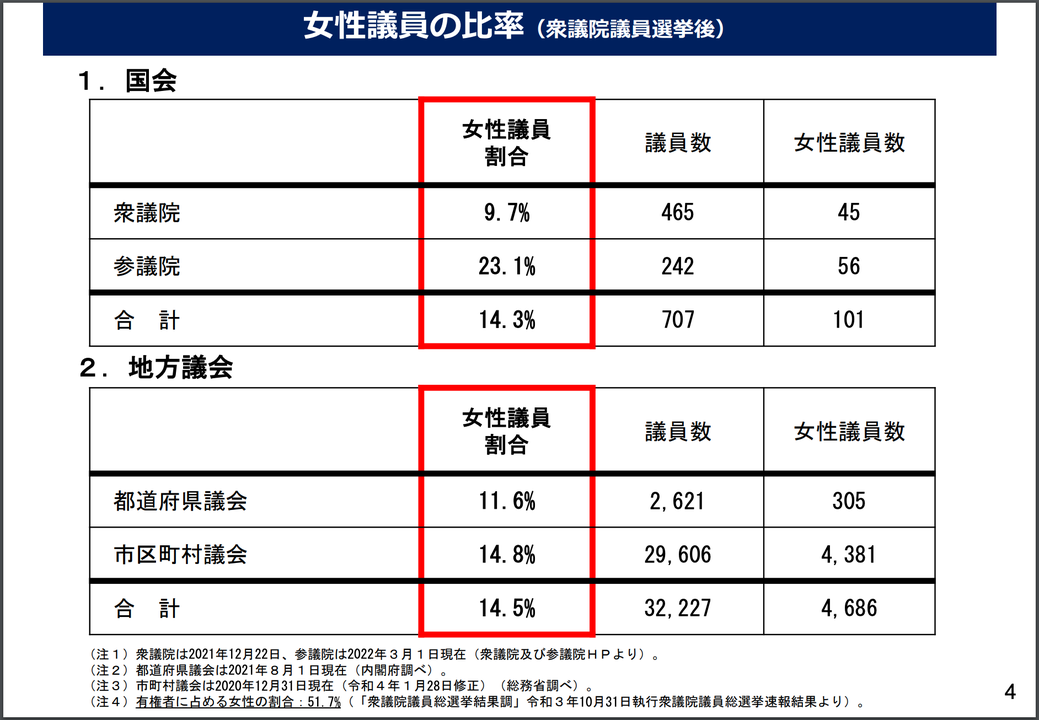 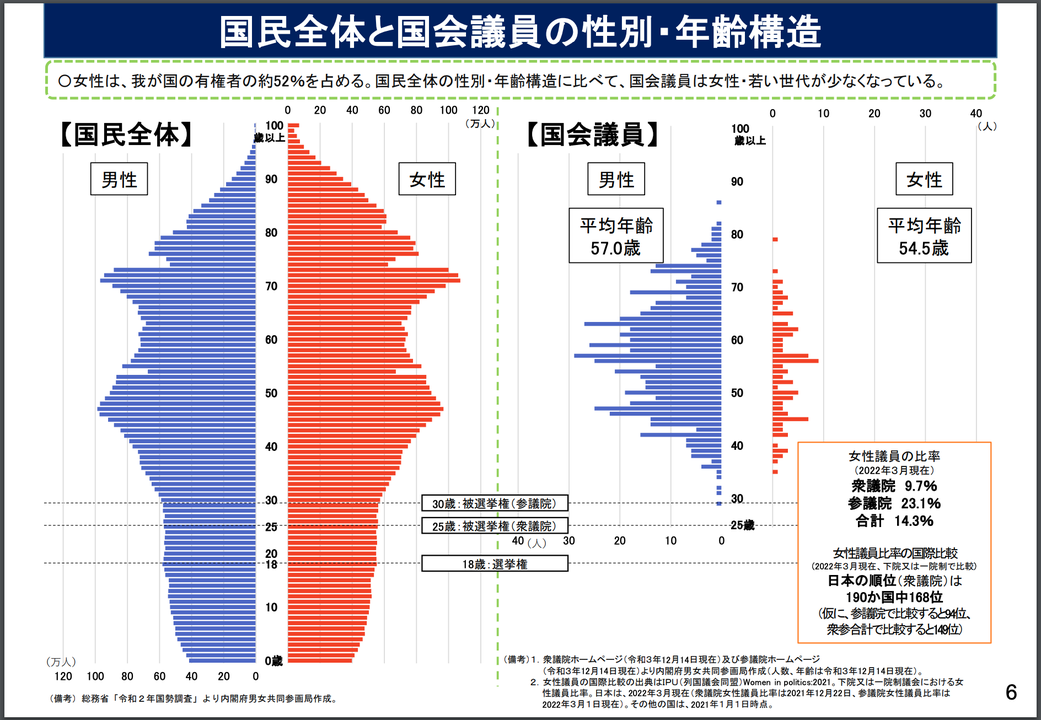 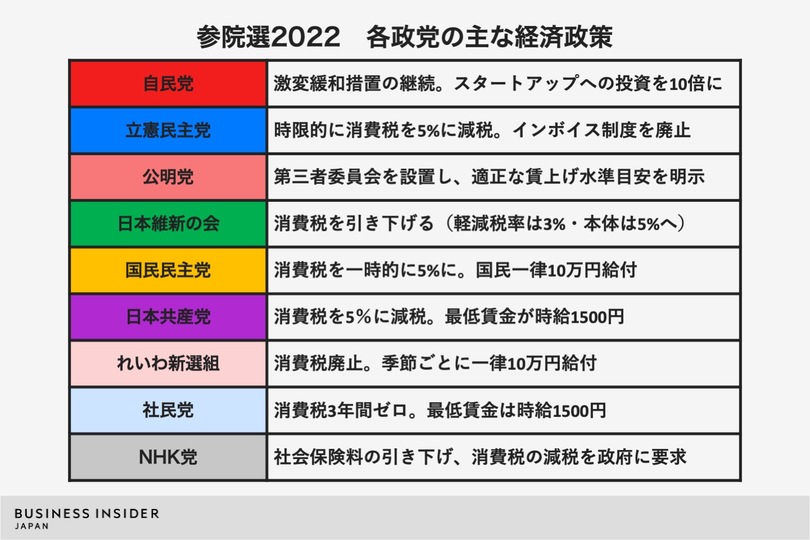 The aim is wallets, hats and jewelry. Get smart and ready for the summer with the Farfetch sale. | Vogue Japan