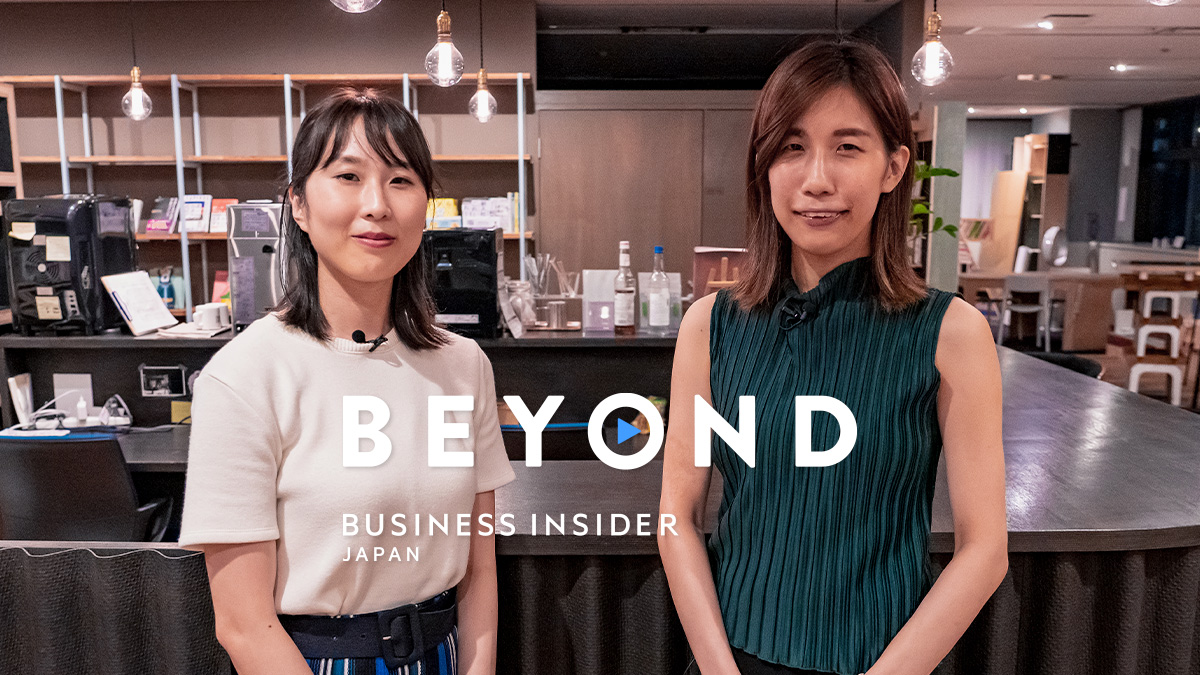 Two co-founders of the general incorporated association “Waffle”. From the left of the photo, Sayaka Tanaka and Asumi Saito.

“BEYOND” is an online program that focuses on people and companies that are moving by catching “signs of change.”

In the 7th edition, Sayaka Tanaka and Asumi Saito, co-founders of the general incorporated association “Waffle”, who face the issue of few women in the science and technology industries, will appear.

The abstract of the program aired on June 20th (Monday) will be partially edited and posted.

──First of all, please tell us about the Waffle program “Waffle Camp”.

Sayaka Tanaka (Tanaka):This is a program for girls and gender minority junior and senior high school students to give a homepage creation course and a career lecture to those who will be role models for female engineers.

In the career lecture, the actual female engineer tells the students about the work and the course to get a job.

──There is another program called “Technovation Girls”. What is this?

Waffle is an ambassador as a Japanese partner. Held from January to April 2022, a total of 120 students from 33 teams created an app to solve social issues.

──You have a semi-finalist from Japan, haven’t you?

Saito:That’s right. Everyone was doing well, and an app to repel molesters and an app that makes LGBTQ easier to talk to were born.

I have doubts about the scarcity of female engineers 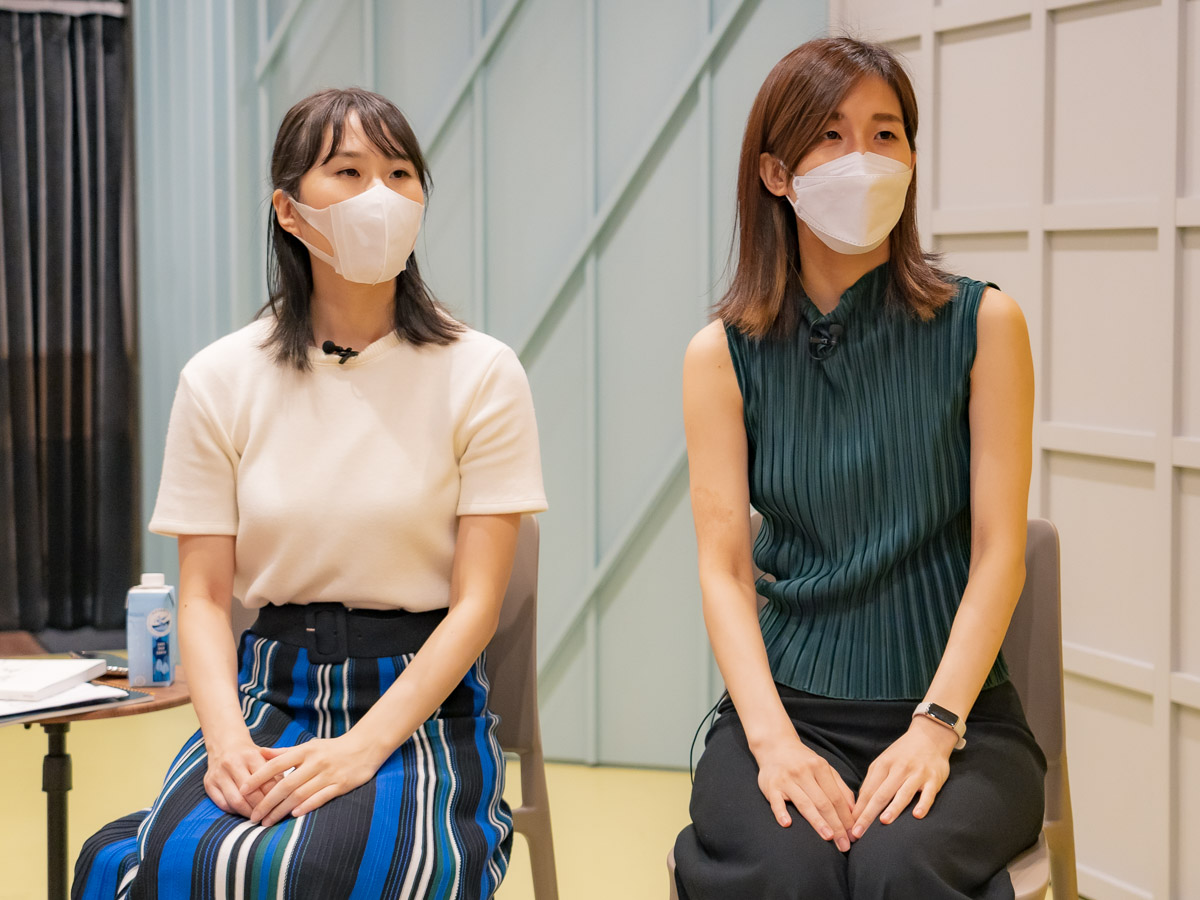 Two people who talk about the gender gap in the tech field.

── Japan’s Gender Gap Index, announced in 2021, was 120th out of 156 countries. Please tell us how you got involved in this social issue.

Tanaka:My experience at the specified non-profit organization “Minna no Code”, which I belonged to before launching Waffle, was the trigger.

On the other hand, when I went to programming contests and events for junior and senior high school students, the ratio was clearly biased to 20 for boys and 1 for girls, and I began to wonder what was happening to girls in junior high and high school.

From there, I found that if I started running Technovation Girls as a side business and offered opportunities for programming contests targeted for girls and gender minorities, I would be able to participate.

During my activities, I met Saito, who had the same awareness of issues, and launched Waffle.

──Mr. Saito participated from the middle.

Tanaka:yes. There was a large-scale event when I was considering the transition from individual activities to incorporation, and it all started with the help of Saito.

──What kind of event was there?

Tanaka:It is a workshop that gathers 100 junior and senior high school students and aims to solve SDGs problems in 2 days through programming.

The scale of the operation was large, such as providing food with sponsors and inviting people of African descent.

──Mr. Saito saw Mr. Tanaka’s busyness and did you participate?

Saito:I agree. I supported attendants in English, and I myself worked as a data scientist at an IT company, so I put it out as a role model.

──How did Mr. Saito become aware of issues related to the gender gap?

Saito:At the IT company I was working at that time, I was worried that there were few women in the engineer team.

When I looked it up, I found that at that time, there were only 16% of women in science and engineering at the university. In other words, I felt that I had to do something before going to college. 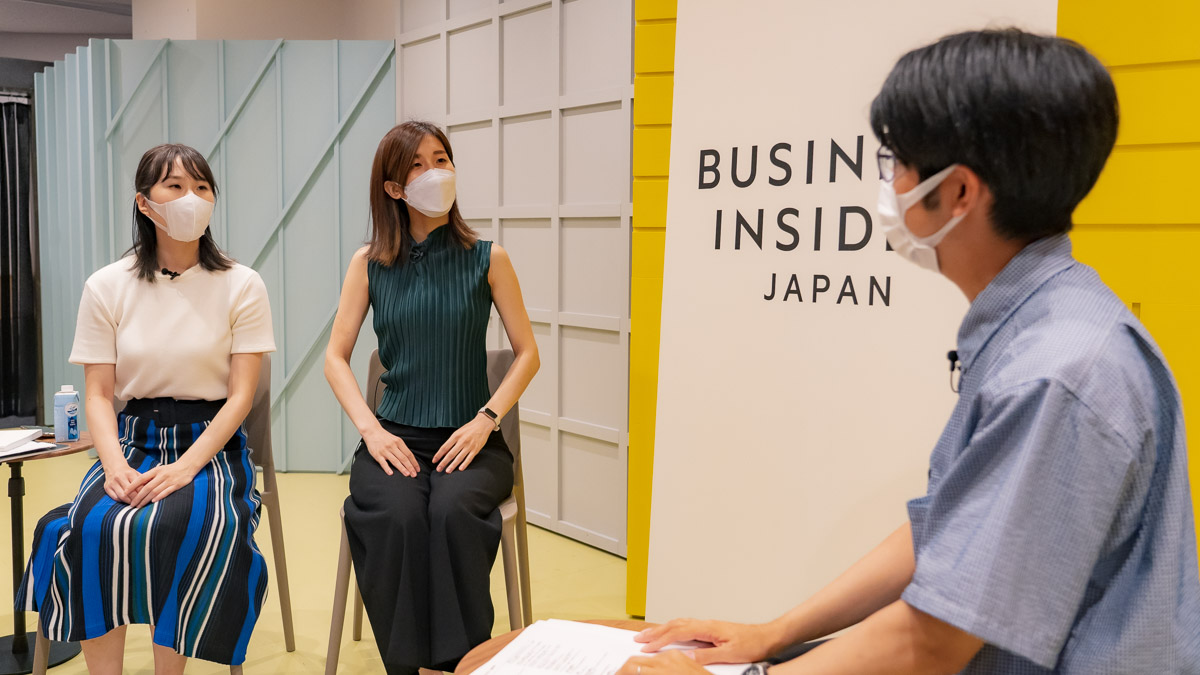 Waffle has been selected for the “Google.org Impact Challenge for Women and Girls” by Google.org’s Social Contribution Activities Division.

── From March 2022, “Waffle College” was started with a grant from Google.org. What kind of initiative is this?

Saito:This is a program for female university students and graduate students. Over the course of a year, we aim to acquire skills from programming beginners to the level of being an intern as a software engineer.

──Waffle’s efforts were initially targeted at junior and senior high school students, but why is “Waffle College” targeted at female university students and graduate students?

Saito:I wanted to create options for girls and gender minorities who have advanced to the liberal arts to become engineers.

Even if you think programming is important, some people may give up on that path just by choosing a liberal arts course when they go on to college.

I started the program with the hope that it would be an opportunity to create role models and career paths at such times.

──This is a one-year program that started in 2022. What is the reaction of the students at this point?

Saito:The energy of the students is more amazing than I imagined!

The program is divided into the first and second semesters. The first semester starts with learning about IT, and the second semester aims to be an intern for students who want to study more.

Currently, the first half of the year is over, but some students have already said that they want to try an internship.

── That’s a great amount of heat! How did you get help from Google.org?

Tanaka: I applied for the grant program “Google.org Impact Challenge for Women and Girls” and was selected. Write the application form night after night (laughs).

Saito:At first I didn’t expect it to pass. At the time of the application, the requirements were high, and we were perfect just by applying.

──First of all, it was important to take on the challenge.

Tanaka:Of course, I think the ability to take advantage of the opportunities that I seized was also important.

At the end of the interview, I had some time left, but Saito said, “Can I give a presentation?” And talked about all the gender gap issues that are occurring in Japan, which conveys my enthusiasm. It became a tightening method.

The source that supports Waffle’s indicators and motivation

──As the origin of Mr. Tanaka and Mr. Saito, I would like to ask about the books that influenced you. Mr. Tanaka said, “Let’s go find a way to change society in the future. Was selected. How was this influenced? 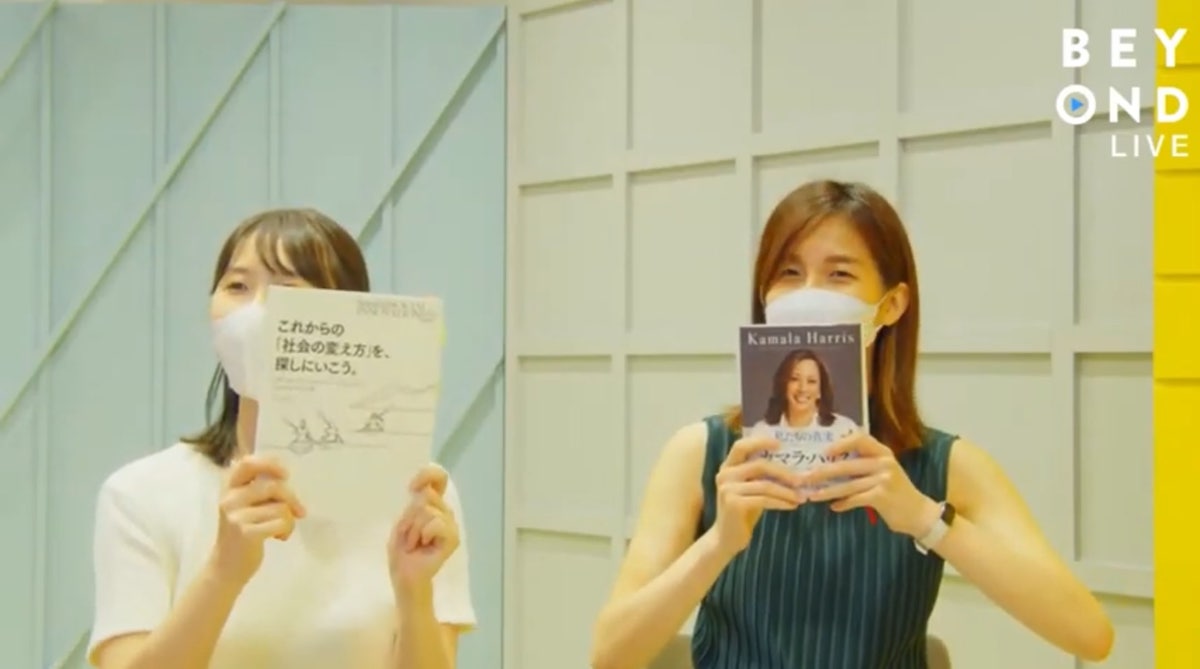 Captured from the program

Tanaka:It was unclear what the NPO was successful and what was said to have had an impact, and I sometimes couldn’t understand.

This book describes how to create evaluation indexes based on specific methods and examples, and is a reference for running Waffle. I would like to recommend it to all NPO groups.

──Mr. Saito was selected for the autobiography of Mr. Kamala Harris, Vice President of the United States, “Our Truth American Journey.”

Saito: “Let’s go find the future “how to change society”. ]Is a textbook that creates indicators, this book is a motivational book.

Kamala Harris is a person who has tried various methods, thinking about how to return the education he received to society.

The process of starting as a prosecutor, becoming a senator, and switching to a policy-making side is partly due to the fact that I went out of work at an IT company and worked as an NPO, and I am receiving energy.

──Can you give us a message for those who will create the future? 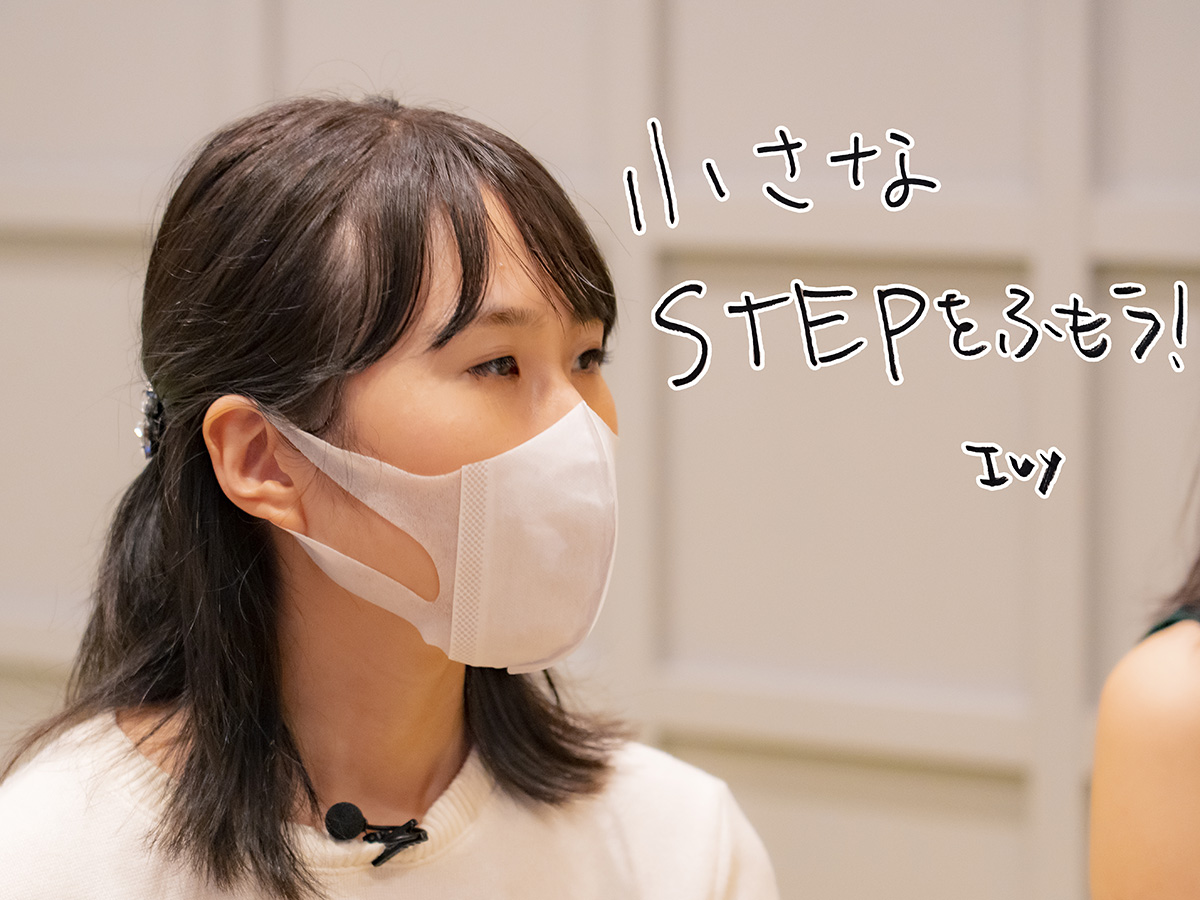 A message from Mr. Tanaka.

Tanaka:From me, “Let’s have a small STEP!”

I started out as a side business, and when I founded Waffle, I didn’t expect it to grow to this extent. I think that accumulating small steps will create the future. 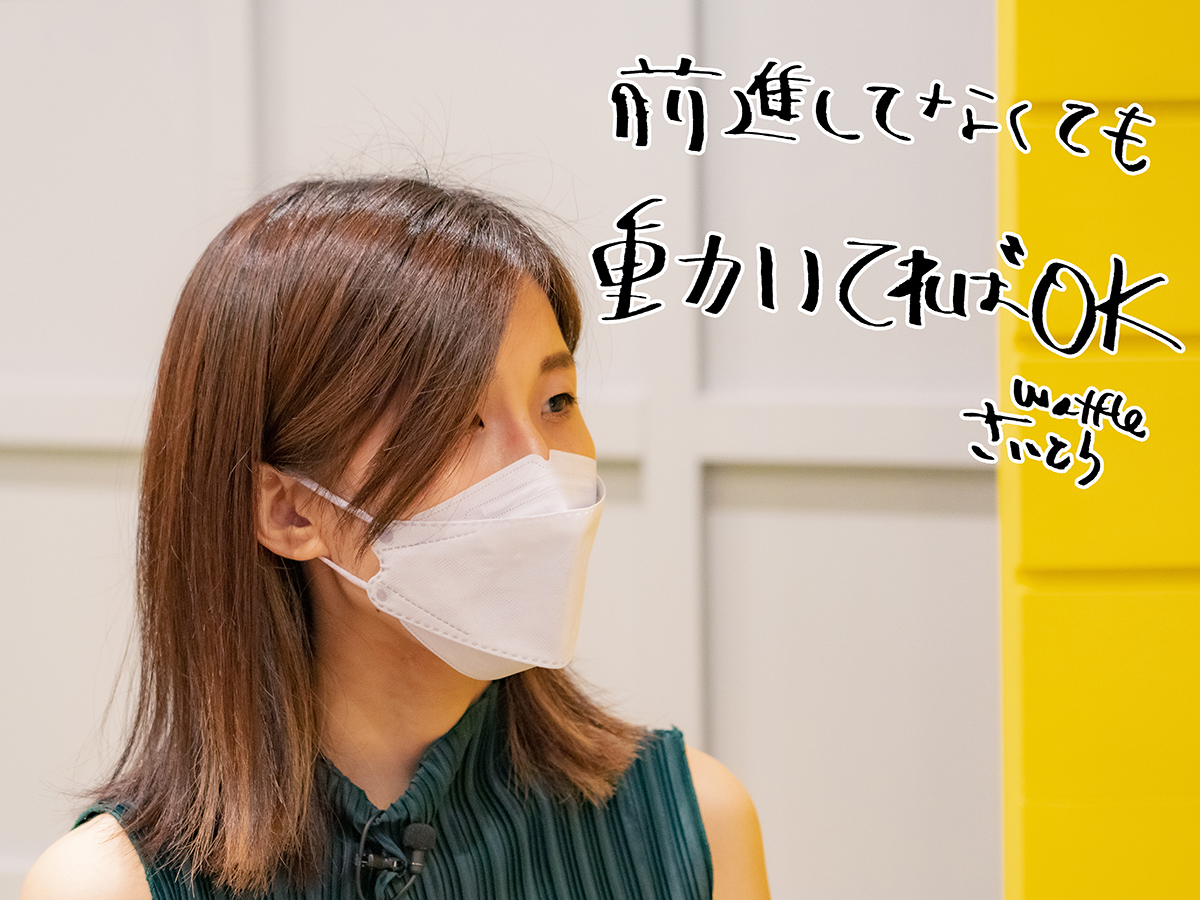 A message from Mr. Saito.

Saito:From me, “It’s okay if it works even if you don’t move forward.”

There are many times when you think you’re not moving forward, but it’s a waste to be afraid of failure.

I think it’s okay if you’re moving for the time being, and you should take action with the same feeling.

Noda:Thank you both for your positive words!

From 19:00 on July 25th (Monday), we will be welcoming YET representative / Re: public Inc. senior director Yuki Uchida as a guest to announce the winners of “Beyond Sustainability2022”.

From 19:00 every day for 5 days from July 25th to 29th, we plan to deliver a session where the winners of Beyond Sustainability 2022 will be on stage. Please watch it. 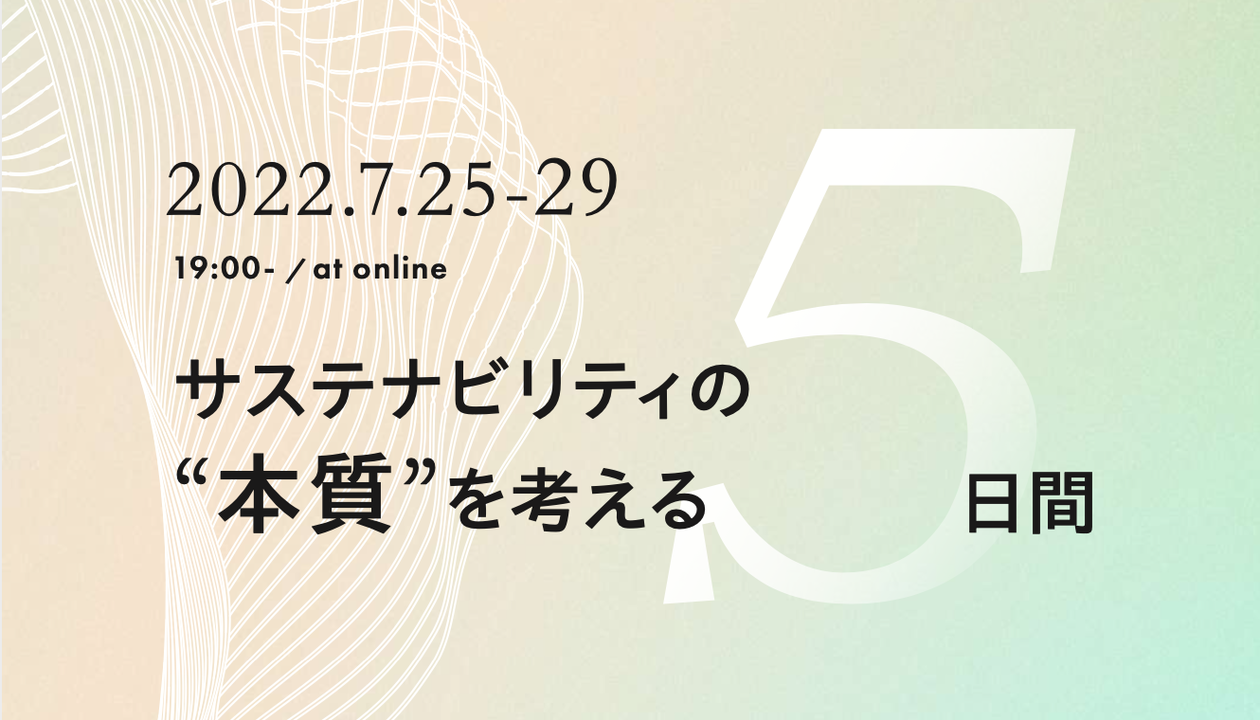 Scheduled to be delivered every Wednesday from 19:00. Business Insider Japan reporters / editors interview people who are trying to create a new future without being bound by preconceived ideas on each theme such as business, technology, SDGs, and working styles. Through dialogue with reporters, we will deepen the origin of the challenge, current efforts and the future we want to create.

"Nissy Entertainment ~ 9th Anniversary ~ Cafe"-Listen to warmth and RESET while raising your mood towards DOME ♪-Open for a limited time! !!