GENDA GiGO Entertainment Co., Ltd. (Headquarters: Ota-ku, Tokyo) is a community currency (electronic regional currency) service developed by KAYAC Inc. (Headquarters: Kamakura City, Kanagawa Prefecture, CEO: Daisuke Yanagisawa). President: Kiyoshi Ueno) We are pleased to announce that the service will be introduced in the Ikebukuro area from September 9, 2022 (Friday). It will be available at spots where you can experience various cultures in the city of Ikebukuro. The spot is still being accepted. By introducing “Machi no Coin (currency name: Ikeko)”, we aim to encourage people to move around in the city of Ikebukuro and let more people experience the diverse culture of Ikebukuro. Ikebukuro is known as a mecca for subcultures from the main culture, and there are cultural and entertainment bases scattered throughout the city, such as theaters where you can enjoy stage art, multiple cinecons, and entertainment facilities where you can enjoy anime, manga, and games. It is a feature. On the other hand, at Ikebukuro Station, which is a huge terminal station, there is a problem that users tend to stay in adjacent commercial facilities and people do not flow in the city, and in Toshima Ward, we are promoting town development that spreads the flow of people.

. GENDA GiGO Entertainment Co., Ltd., which has been operating a game center business in the Higashi Ikebukuro area for over 20 years, has called the game center “GiGO” “Ikebukuro Project 01-03” in March 2022, April 2022, and 2022. In May, we opened three buildings and have made various efforts to create the liveliness of the city of Ikebukuro. With the desire to make people who gather in the city of Ikebukuro love Ikebukuro more, we have decided to introduce “town coins” so that the entire city becomes entertainment. By utilizing “town coins” that give you a happy experience that you can’t buy with money, we aim to encourage people to come and go in the city of Ikebukuro and let more people experience the diverse culture of Ikebukuro. increase.

The currency name is “Ikeko”, and Ikebukuro, where culture gathers, becomes everyone’s “town full of love and like”.
The community currency service “Machi no Coin” is a regional electronic currency that allows you to download coins from your smartphone and use and earn coins without contact via a QR code. Currently, it has been introduced in 18 areas such as Akihabara and Shimokitazawa, Kamakura City, Kanagawa Prefecture, and Ishigaki Island, Okinawa Prefecture, and each has a different currency name. In Ikebukuro, cultures such as art, manga, and anime are gathered, and from the image of Ikebukuro where everyone can be honest with “what they like”, the theme is “a town full of love and like”, and a familiar currency name. I made it “Ikebukuro”.

In addition, the icon uses the owl that is loved in the city of Ikebukuro as a motif, and expresses it so that you can deliver the experience and excitement unique to Ikebukuro.

Comment from Kanako Chihara, Manager of “GiGO Ikebukuro Building No. 1”
“If we can contribute to the city of Ikebukuro …”
Since opening a store on Sunshine 60 Street 28 years ago, Ikebukuro has a special feeling at our company.
We have opened 3 new stores under the title of “IKEBUKURO PROJECT”.

Regardless of the times, we believe that the value of a new arcade is to satisfy people’s desires with a “real place” and continue to evolve. By connecting not only individual shops but also various companies and networks, the entire city will become entertainment and we will work to make people who gather in the city of Ikebukuro like Ikebukuro more. 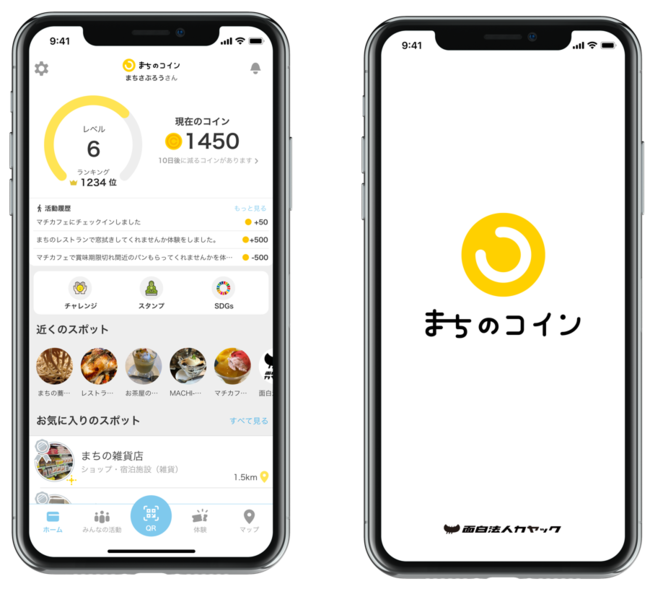 “Machi no Coin” is a community currency (electronic local currency) service that connects regions with a pleasant experience for people, towns, and the earth. By utilizing this currency, we can expect to create connections between people inside and outside the region and to form a good local community. Since being adopted by the “SDGs Connection Point Project” in Kanagawa Prefecture in September 2019, “Machi no Coin” has been used in 16 regions * such as Yame City, Fukuoka Prefecture.

Headquartered in Kamakura, we are transmitting the idea of ​​”Kamakura capitalism”, which regards the unique charm of the region as capital. “Machi no Coin” is a community currency for making friends that promotes connections with the local community, which is “community capital”. By connecting people, we aim to become more fond of the region and contribute to solving social issues in the region and revitalizing the local economy.

Users can earn and use points by downloading the “Machi no Coin” app and using the QR code. Users earn points when they participate in community activities, and the points they earn can be used at member stores.

* Cannot be converted into yen. Up to 180 days, Ikebukuro will be unavailable in 90 days. 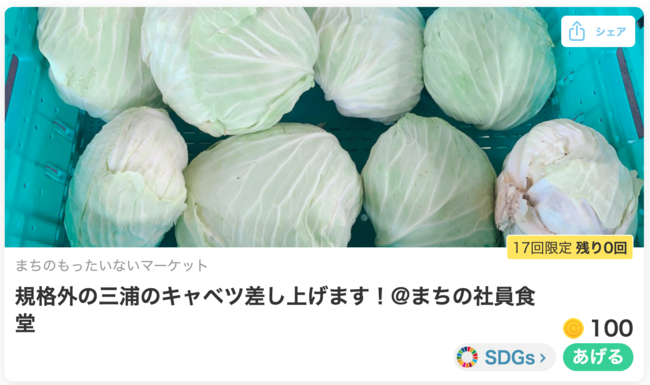 [Features]
1. 1.Experience design according to the individuality and issues of the town
The declining birthrate and aging population, the protection of the natural environment, the promotion of immigrant-related populations, and the creation of liveliness in the city. You can think of and set an experience ticket to earn and use coins according to the individuality and challenges of the town.

For example, in a town that protects the marine environment, we provide an “experience to participate in beach clean”.
2. 2.Contributing to the creation of related population by connecting people inside and outside the region 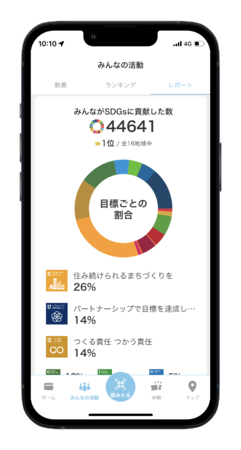 Bonus points will be given according to the frequency of participation, and the level will increase as the points increase, creating opportunities to naturally participate in community activities while having fun like a game. By looking at the “activity history” of the coins in the town later, you can look back on which SDGs goal your actions lead to, and you can also connect to yourself in the SDGs.
4.Revitalization of economic activity

“Machi no Coin” is a service that users visit and use at “spots” such as local shops. Through the “joyful experience of not being able to buy with money”, the distance between the shop owner and the user is shortened, which has the effect of connecting with regulars and fans. I can do it.
5.Sustainable mechanism

Since it is an electronic currency in the IT era and smartphone era, it can be operated at a relatively low cost compared to the existing paper local currency. In addition, since it is not convertible into legal tender, no resources are required. Coins have an expiration date, and if they are not used for a certain period of time, they will be collected, redistributed into the town, and circulated, which is one of the major features that leads to sustainable operation.
======
Kayac Inc.
https://www.kayac.com/
With the strength of creativity / planning ability that is not bound by stereotypes, and technological ability to shape it, new technology and ideas such as game application, advertisement / website production, community currency, migration / related population promotion, etc. are combined. We provide the experience to our users. 90% of our employees are creators such as designers and programmers, and we have a unique personnel system and management that makes the most of diversity with the management philosophy of “increasing the number of creators”.
Established January 21, 2005
Representative Director Daisuke Yanasawa Masanori Kaihata Tomoki Kuba
Location 11-8 Onarimachi, Kamakura City, Kanagawa Prefecture
Business content Japanese interesting content business

Grand Seiko "44GS", which celebrated its 55th anniversary, has a limited edition model with a navy-colored dial that expresses the clear night sky. | FASHION | FASHION HEADLINE