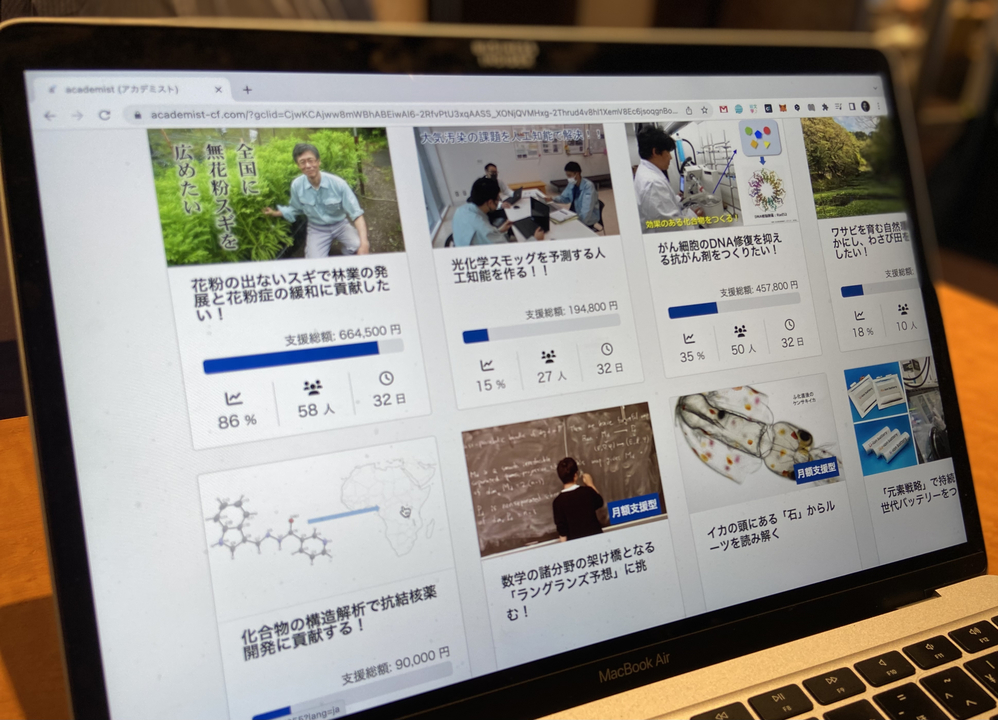 A crowdfunding site “academist” that specializes in supporting research fields. The research themes of your choice are lined up.

I want to make an anticancer drug that suppresses DNA repair of cancer cells.

We would like to contribute to the development of forestry and alleviation of pollinosis with sugi that does not produce pollen.

At the crowdfunding site “academist”, which is the only one in Japan that specializes in supporting research fields, researchers talk about the attractiveness of their research themes in their own words.

The target amount of crowdfunding varies from hundreds of thousands of yen to over one million yen. Some of the supporters are core fans who support the projects of a particular researcher many times and continuously support them every month.

Mr. Ryosuke Shibato, the representative of the academist,

“Researchers have been doing research with public funds, butWith the economy shrinking, we need to create a new style for raising research funding.“

He talks about why he supports crowdfunding research funding.

Increasing “sympathizers” for research through crowdfunding 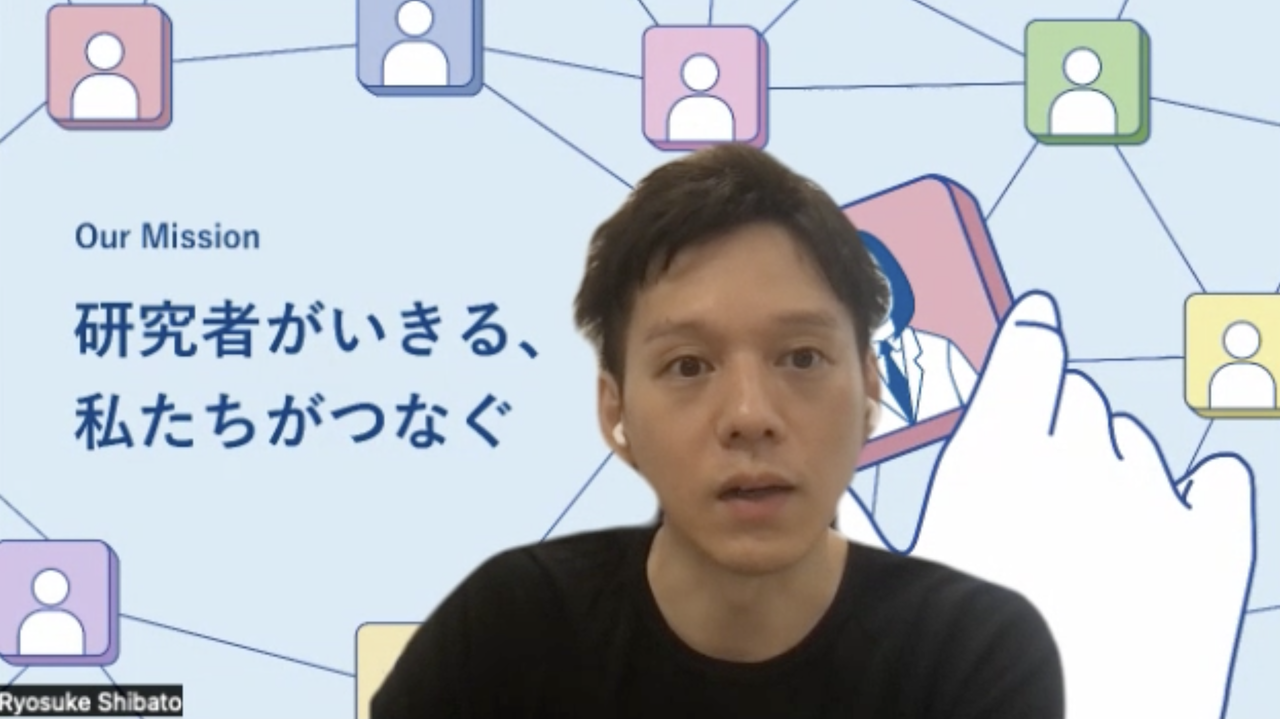 Mr. Ryosuke Shibato, the representative of the academist.

Capture the screen at the time of coverage

In June, the National Astronomical Observatory of Japan VLBI Mizusawa Observatory, which is also participating in the international project Event Horizon Telescope (EHT) that captures the appearance of black holes, carried out crowdfunding due to financial difficulties. It was noted that it succeeded in raising a total of more than 30 million yen. 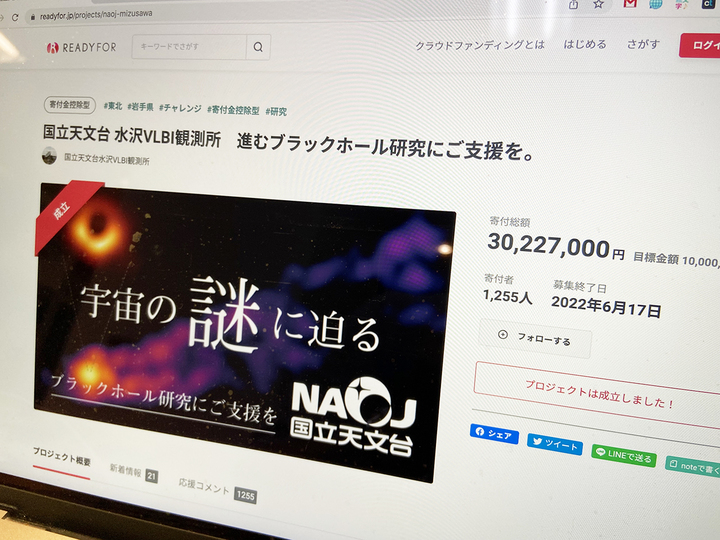 The crowdfunding platform “READYFOR” used by the National Astronomical Observatory of Japan supports the financing of research fields by utilizing the financing ability cultivated while implementing crowdfunding in a wide range of fields.As far as academic crowdfunding is concerned, the average amount of support is about 6.5 million yen, which is relatively high (the total amount of research-related support is about 1.4 billion)., Support for relatively big projects such as the National Astronomical Observatory of Japan stands out. A total of about 60 million yen was collected in the “Thorough Reproduction Project for Voyage 30,000 Years Ago” held twice in 2016 and 2018 at the National Museum.

On the other hand, as a platform specialized in research fields, academists have the impression that there are many support for young researchers and support for more niche research fields with high expertise.The average amount of support is about 1 to 1.5 million yenHas provided over 200 million yen in support from its founding in 2014 to March 2021.

Although the two companies have different scales of support, it can be said that they play different roles in their research fields.

“People who have new ideas and can’t afford to pay for research, or who can experiment a little more, can try out ideas that could trigger such an application. They are used as such funds.”

Talks about the idea of ​​support for the interview with Business Insider Japan.

On the other hand, he says, he is not just aiming to support research funds that tend to be in short supply.

“More than that,Researchers should send out their own research vision and increase the number of people who sympathize with it.This is the purpose of establishing an academist.. I want more people to know the “big picture” that researchers, especially young people, want to clarify in their research and what kind of social issues they want to solve. “(Mr. Shibato)

In fact, that’s why we focused on crowdfunding. 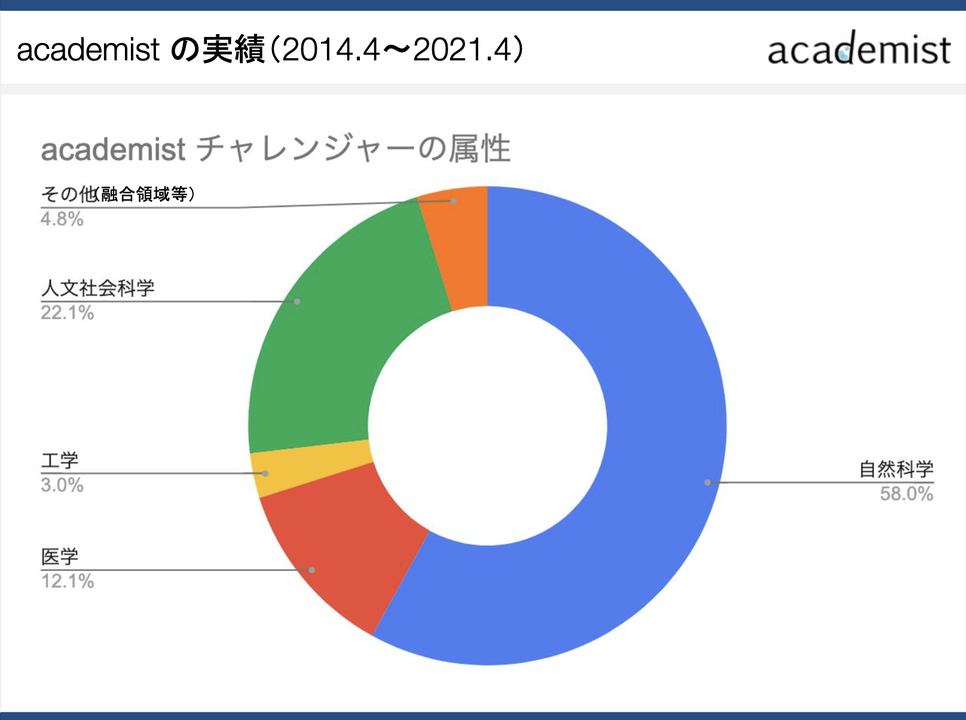 Breakdown of the field of crowdfunding conducted by academists. There are many natural sciences.

“The more attractive the research is, the more the” fans “will support and the closer the relationship will be with the researchers. If the flow of funds intervenes,Continuous relationship between researchers and societyThere was a hypothesis that it would be. “(Mr. Shibato)

Many researchers engage in “outreach activities” to explain research results to the general public. However, it is difficult to get enough fans to donate research funds just by giving a lecture once.

At the academist, by disseminating the current situation of such researchers as openly as possible, the researchers themselves and their research themes can be expressed.“Recommended” (supported) by many people and companiesAim for the situation.

“We have public funds and crowdfunding. Maybe we can do it together with a company. We started crowdfunding with the image of expanding such possibilities.” (Mr. Shibato)

It is important to create fans of the researcher and the research theme, because the emphasis is on “whether the researcher himself can talk about the vision ahead of the research” as a criterion for deciding whether or not the support by the academist is possible. It is nothing but because it exists

* In addition to having a department that examines the propriety of the project in-house, the academist has examination criteria such as the need for an expert “recommendant” with a Ph.D to implement crowdfunding. It is provided.

Professor Mareki Honma, who was conducting crowdfunding at the National Astronomical Observatory of Japan, also told Business Insider Japan before.

“I don’t think that this crowdfunding alone has solved anything. I hope that by appealing this situation in various ways, the direction of the wind in the world will change.” (National Astronomical Observatory of Japan, Mareki Honma) Professor Ki)When,

Through crowdfunding, he hoped that there would be a change in public interest in the issue of research budget allocation.

In Japan, we often hear criticisms of the “selection and concentration” of research budgets.

However, Mr. Shibato points out that in order to solve this problem, it is necessary to increase the number of people who are interested in this problem other than academia. Crowdfunding is one hint to create a place to think about these issues.Academists have started efforts to continue to support researchers in the form of monthly “subscriptions” from around 2018.

Researchers can be “pushed” from a minimum of 330 yen per month. Researchers continuously provide research progress reports as returns.

This is also a mechanism designed to maintain a continuous relationship between researchers and the communities of people who support them. 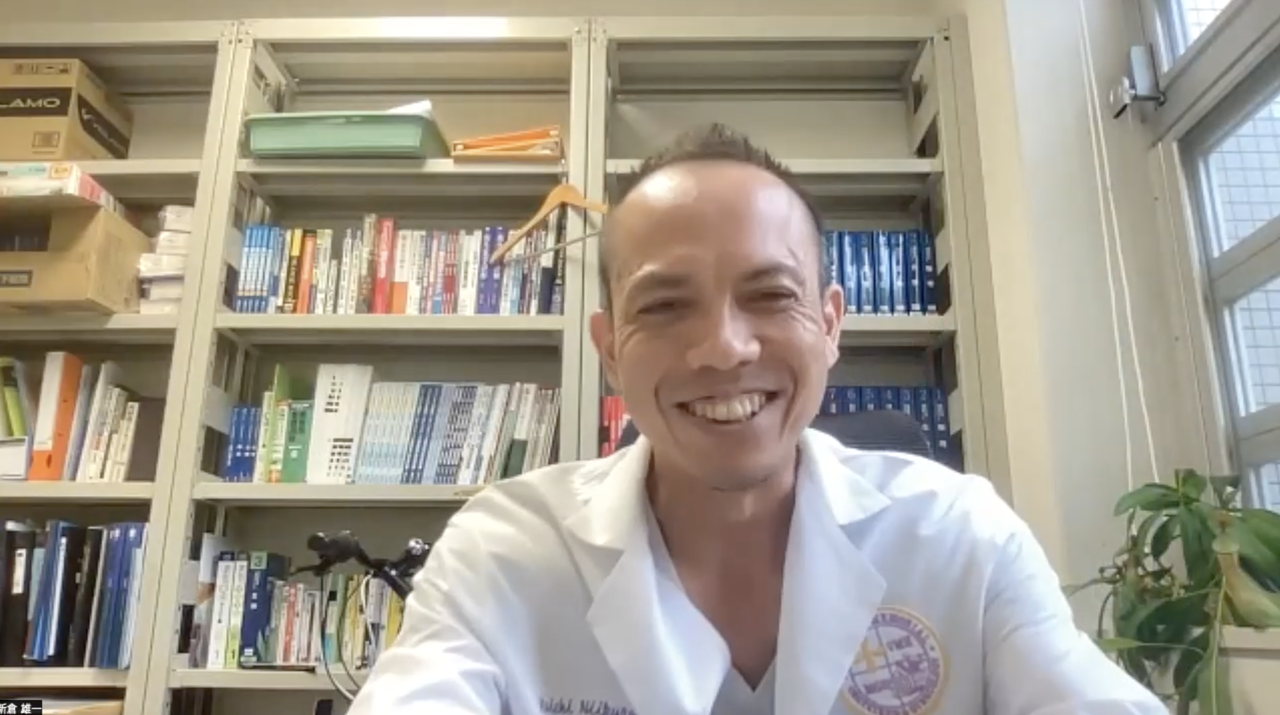 Capture the screen at the time of coverage

Researchers at universities and research institutes can open up new possibilities by gaining connections with people they have never been connected to through crowdfunding.

Associate Professor Yuichi Niikura of Josai International University has been using academists to challenge crowdfunding since January 2021 in order to work on basic research on “ovarian regeneration”. He succeeded in collecting a total of about 1 million yen in about two months.

The ovaries are generally considered to be “non-regenerating tissue.” However, Associate Professor Niikura discovered a phenomenon in the body of mice that could overturn this common sense, and decided to study the mechanism.

However, unfortunately, it was not possible to obtain a research budget for this research, the so-called “Kakenhi”.“I think that a mechanism like Kakenhi is important for research that pursues the depth of a specific research field. However, (finding the depth)Research costs are required to make achievements, but research cannot be done without achievements.I was in that negative cycle

While soliciting support from many people through crowdfunding, Associate Professor Niikura began to think about the meaning of “researching at university.”

“I myself was doing research on whether the ovaries could regenerate with pure curiosity, but it’s not interesting for patients with distress (such as infertility). However, I noticed the gap. ”(Associate Professor Niikura)

After that, Associate Professor Niikura founded a life science venture in March 2022. He solidified his determination to pursue the output of medicine.

Of course, Associate Professor Niikura’s research is still basic research. Although he says he has a path to research and development, there is no guarantee that it will actually work as a medicine. In that sense, it cannot be determined whether the timing of starting a business as a life science venture is appropriate.

However, if there is a great demand from society and R & D can proceed to social implementation at once with funds, there may be an option of “entrepreneurship” as a methodology to accelerate the research.

Given the limited national budget, it is probably impossible to achieve a budget allocation that will satisfy all researchers. On the other hand, if we miss the wave of global R & D competition, it will be difficult to regain our position as a science and technology nation.

Crowdfunding funding and the new connections between society and science through it may be one hint to push Japan back into a science and technology nation.

Learn from Korean entertainment! From now on, the era when creator entrepreneurship is profitable[Akie Iriyama with audio]| Business Insider Japan