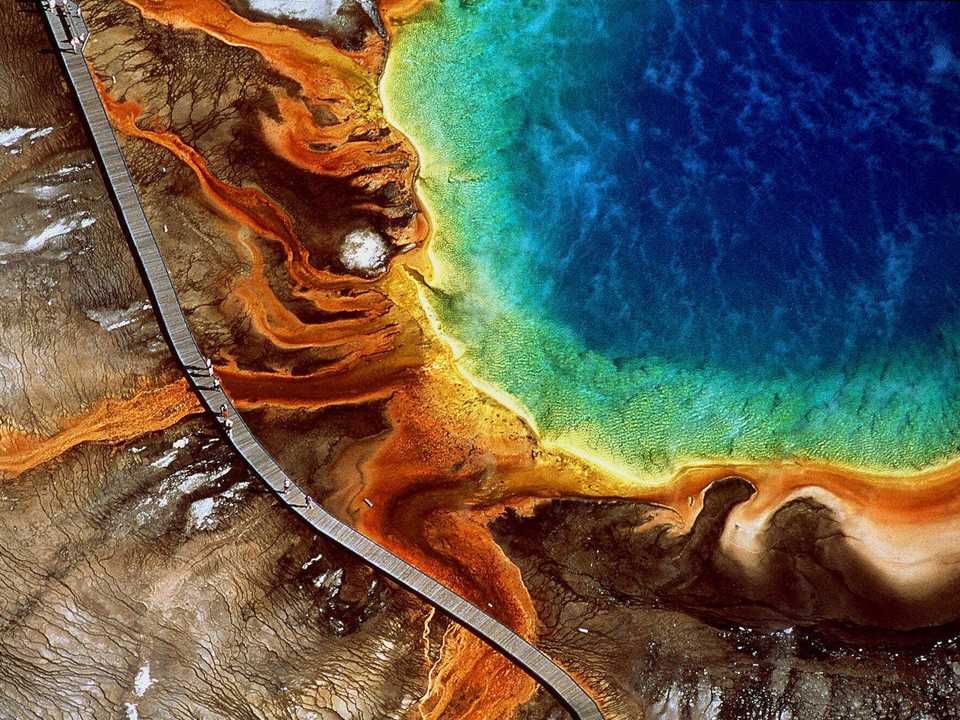 The colors of the “Grand Prismatic Spring” in Yellowstone National Park are naturally occurring. 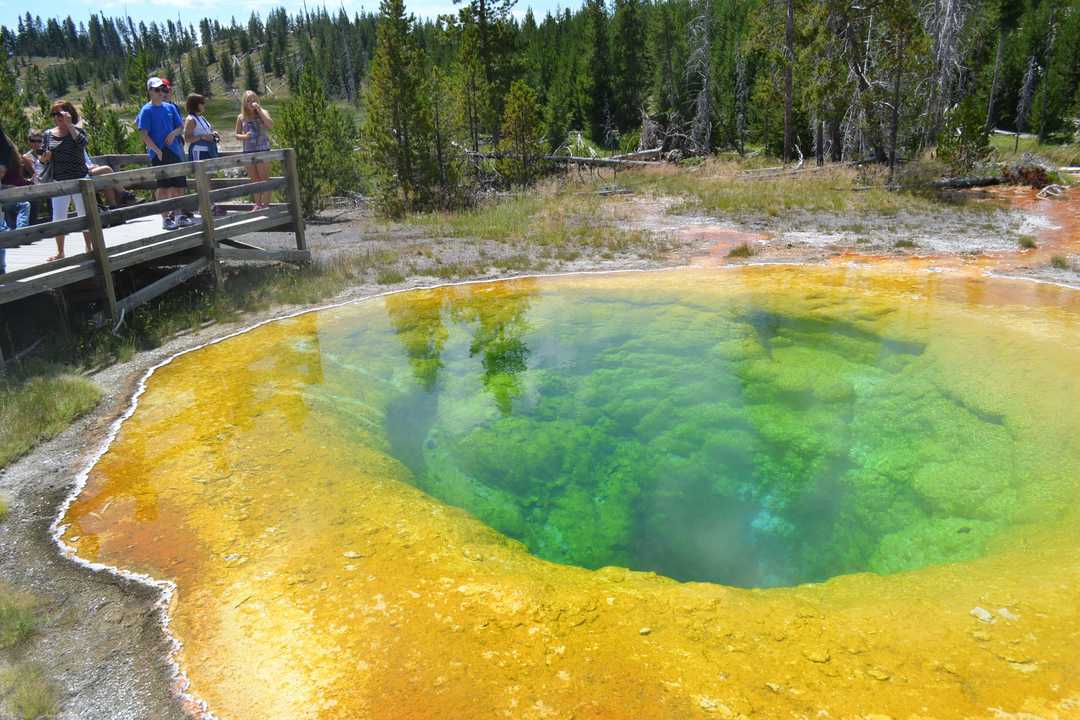 This hot spring was originally deep blue, but when tourists throw coins and stones, the water temperature drops, new microorganisms are generated, and the color changes. 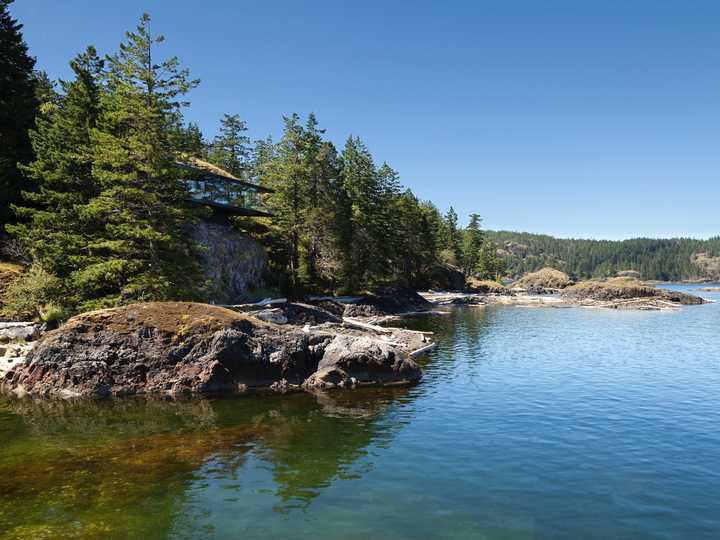 The pink area on Middle Island in Australia is not colored to indicate location, but the actual color of Lake Hillier. 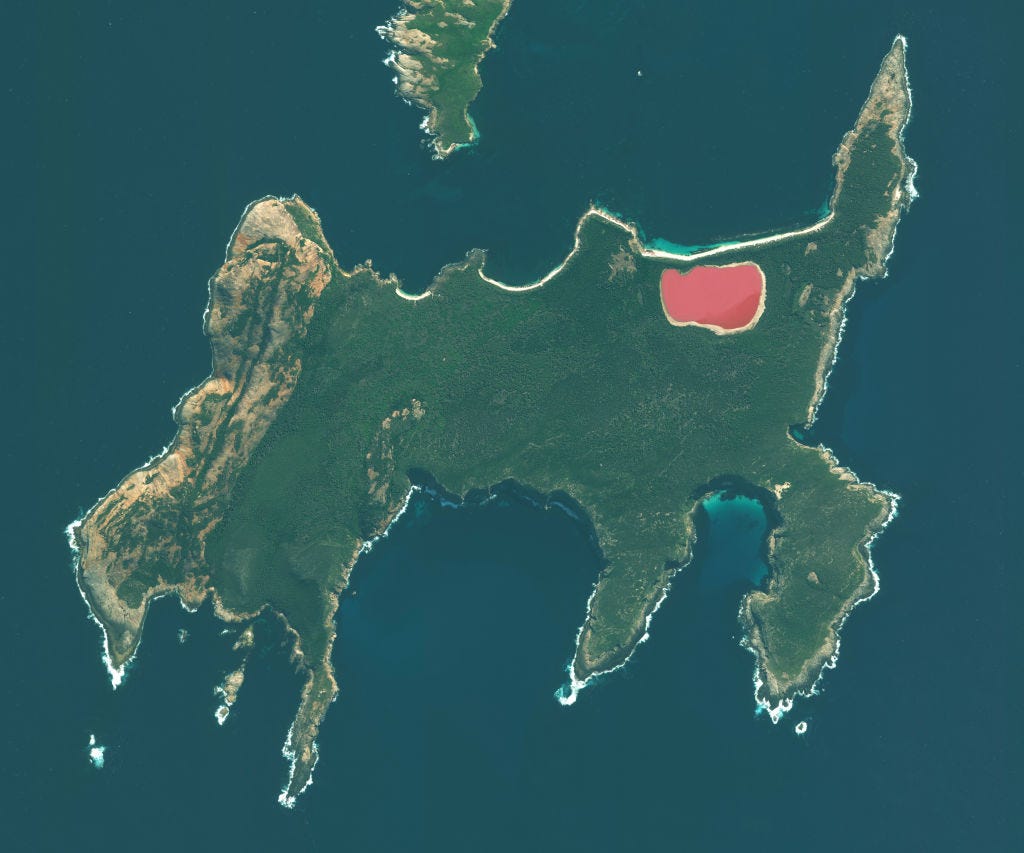 The lake’s bubblegum-pink color is due to the microorganisms that live in the lake.

At the Zhangye National Geopark in Gansu, China, the mineral content of the groundwater seeped into the mountains is deposited and appears in rich colors. 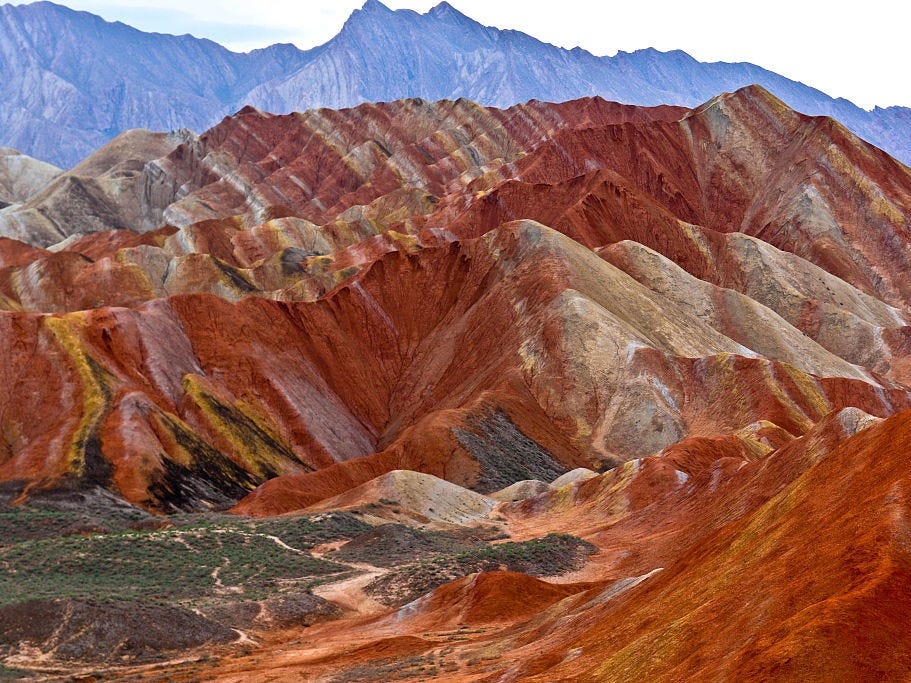 The park was listed as a UNESCO World Heritage Site in 2009.

Auroras don’t need to be filtered 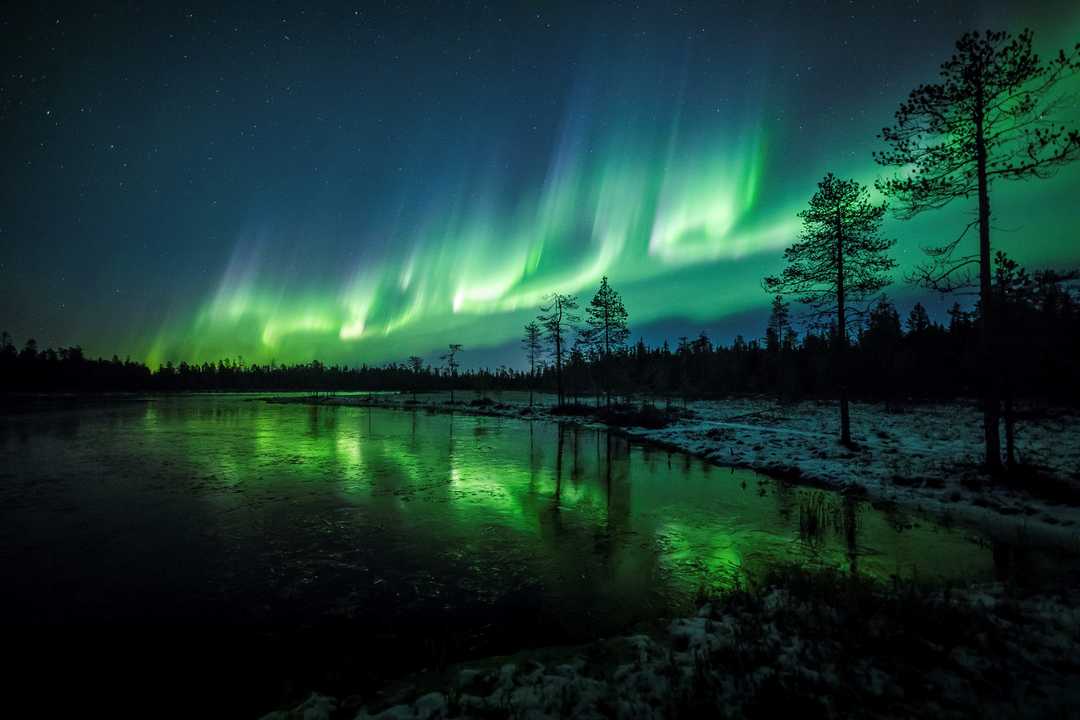 Auroras are most common near the Arctic Circle in Alaska, Canada, Iceland, Greenland, Norway, Sweden and Finland.

“The Wave” in “Coyote Buttes”, Arizona, was formed by the erosion of sandstone by the flow and wind of the river. 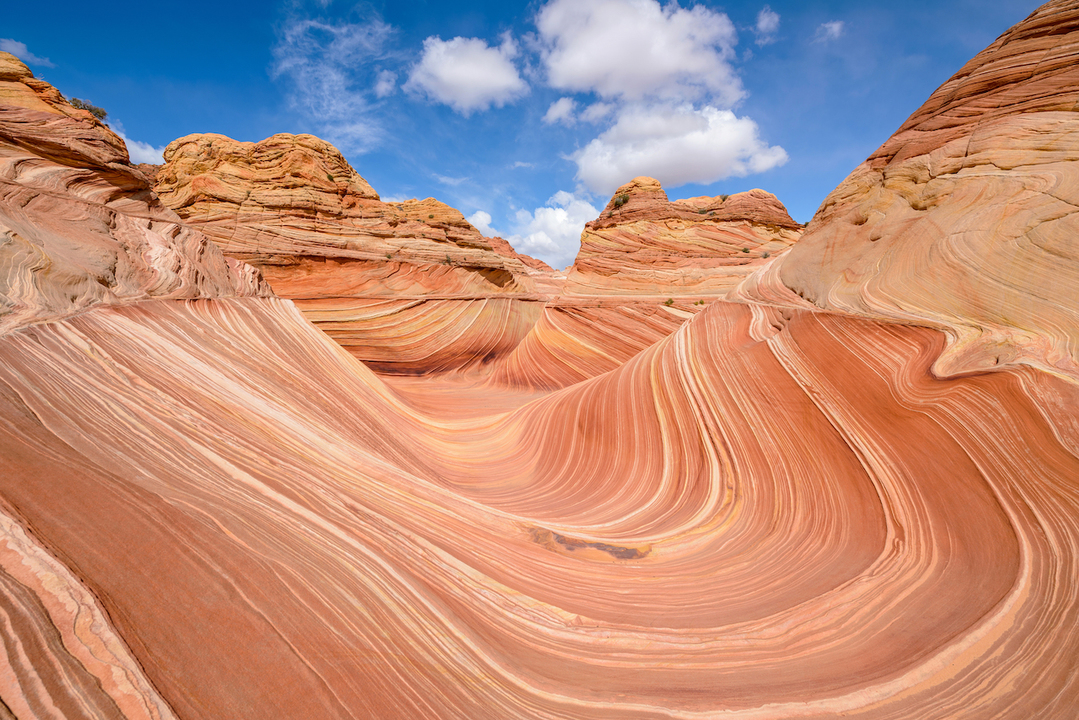 The rock formation became famous in 2009 when Microsoft adopted it as one of its desktop background images. What was once a little-known regional treasure has rapidly developed into a global tourist destination.

This image has not been processed at all.Bolivia’s “Uyuni Salt Flat” is really nothing 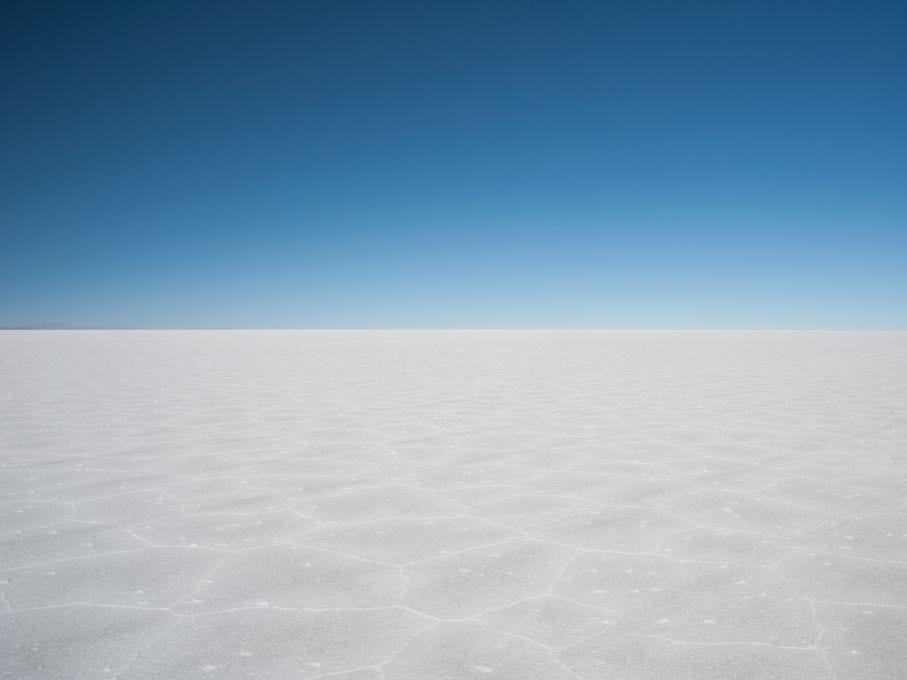 The world’s largest salt pan has a wide flat surface and is the perfect place for taking trick photos that make the most of perspective. According to the U.S. Geological Survey, about 15% of the world’s lithium reserves are found there. 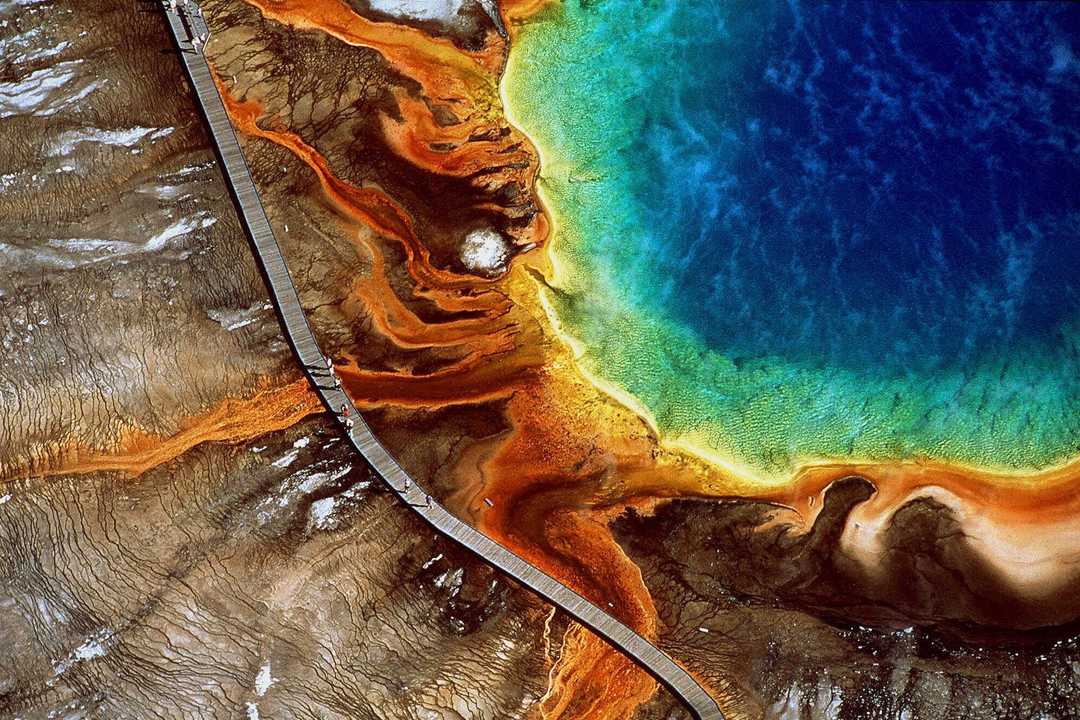 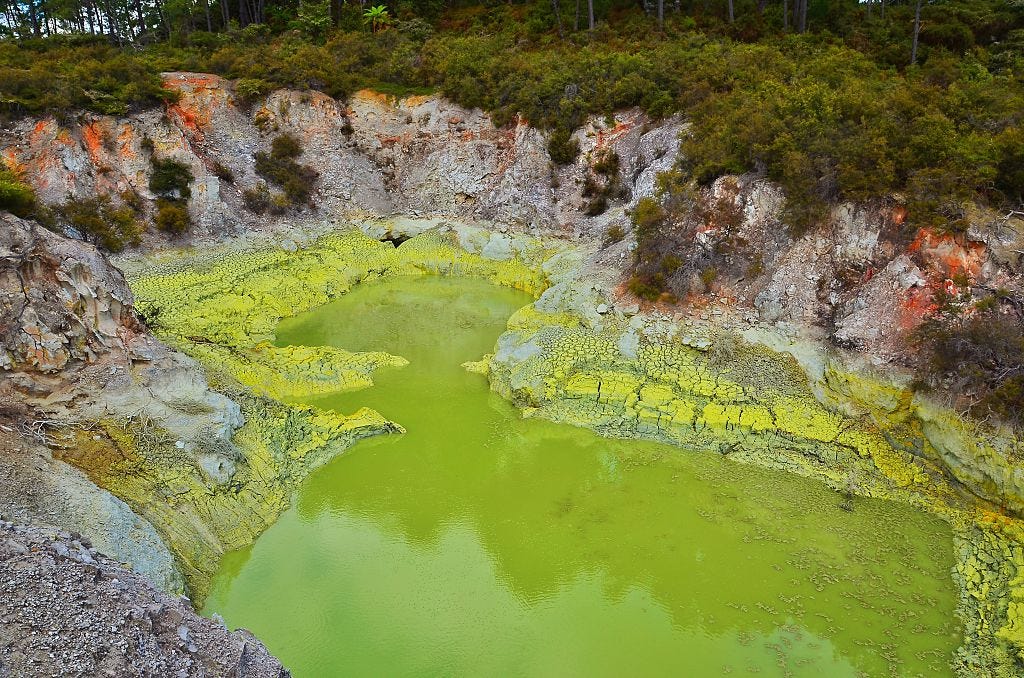 The color of this hot spring is due to sulfur deposits. 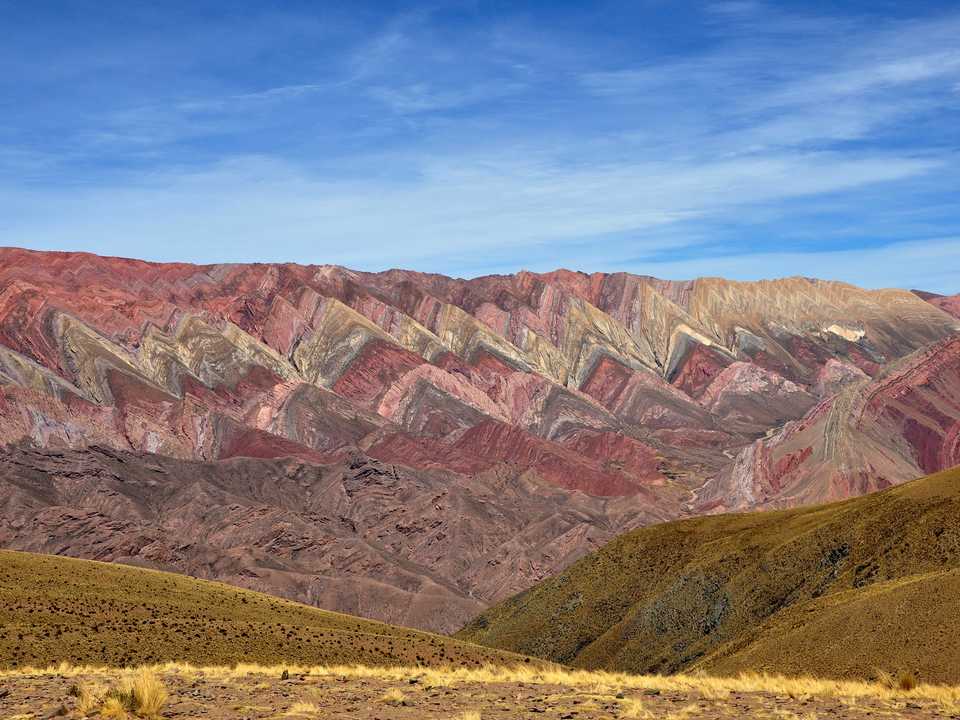 Mount Ornocal in the Humahuaca Valley

The Humahuaca Valley is a UNESCO World Heritage Site.

Colombia’s Caño Cristales is also known as the River of Five Colors and the Liquid Rainbow. 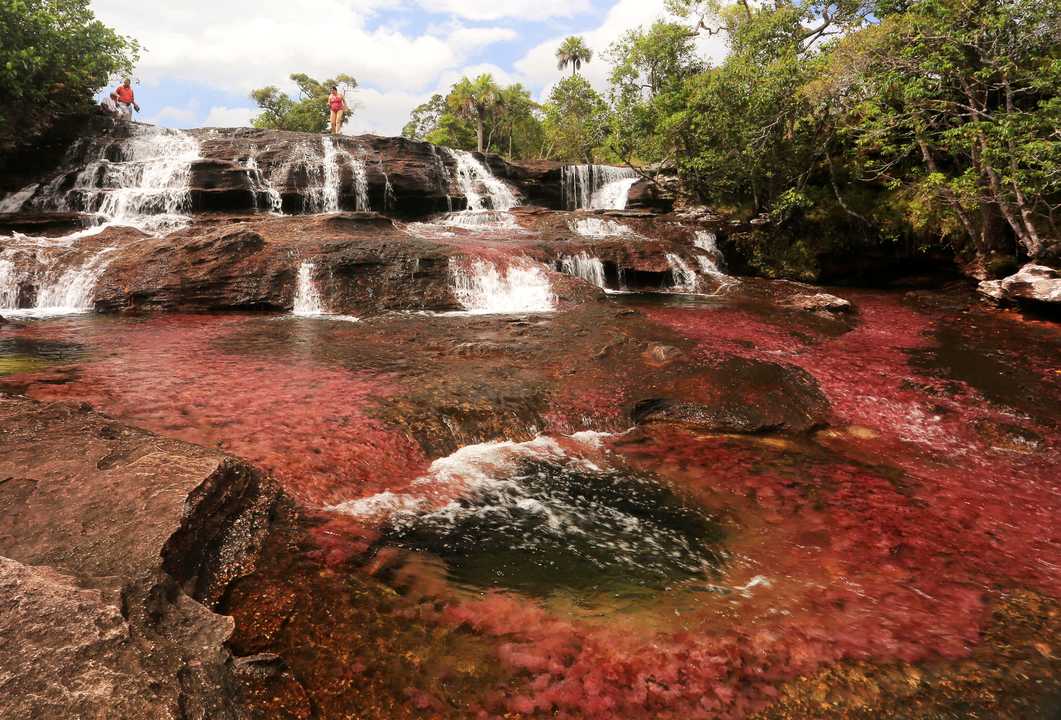 The river’s red color is due to the aquatic plant Macarenia clavigera, which grows from September to November. Yellow and green sand also adds color to the river.

Namibia’s ‘Deadvray’ looks like a painting, but it’s a real barren land in the Namib-Naukluft National Park 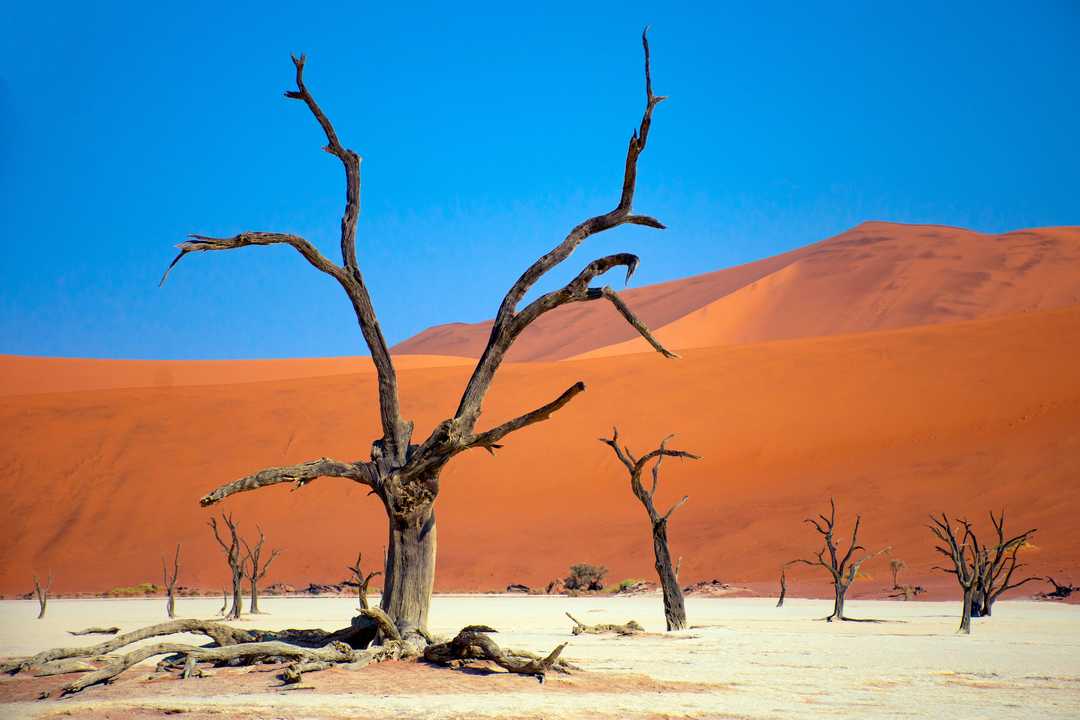 In Dead Vray, the salt lake has dried up and the white clay is exposed. A dead tree called a “camel thorn” appears to be depicted against the backdrop of sun-lit dunes.

Mount Vinicunca in Peru is covered with naturally occurring colorful stripes and is also known as the Rainbow Mountain or the Seven Colored Mountain. 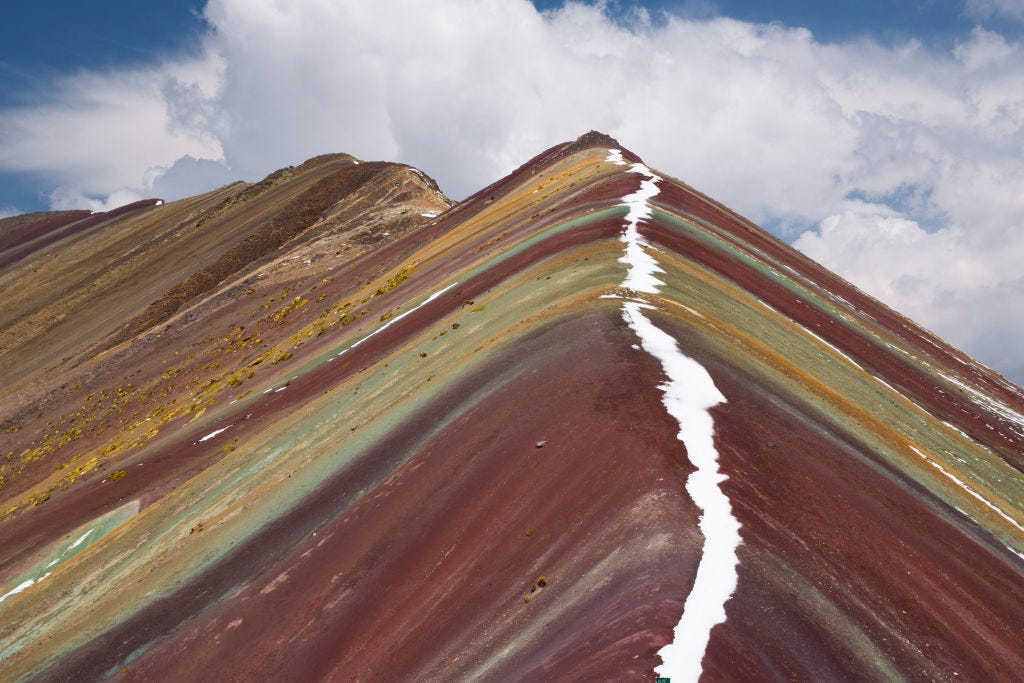 This striped pattern was formed by weathering, minerals, and environmental conditions.

The flower fields of “Keukenhof Park” in the Netherlands are artificial, but the scenery created by the colorful flowers in a row stands out even without using image editing software. 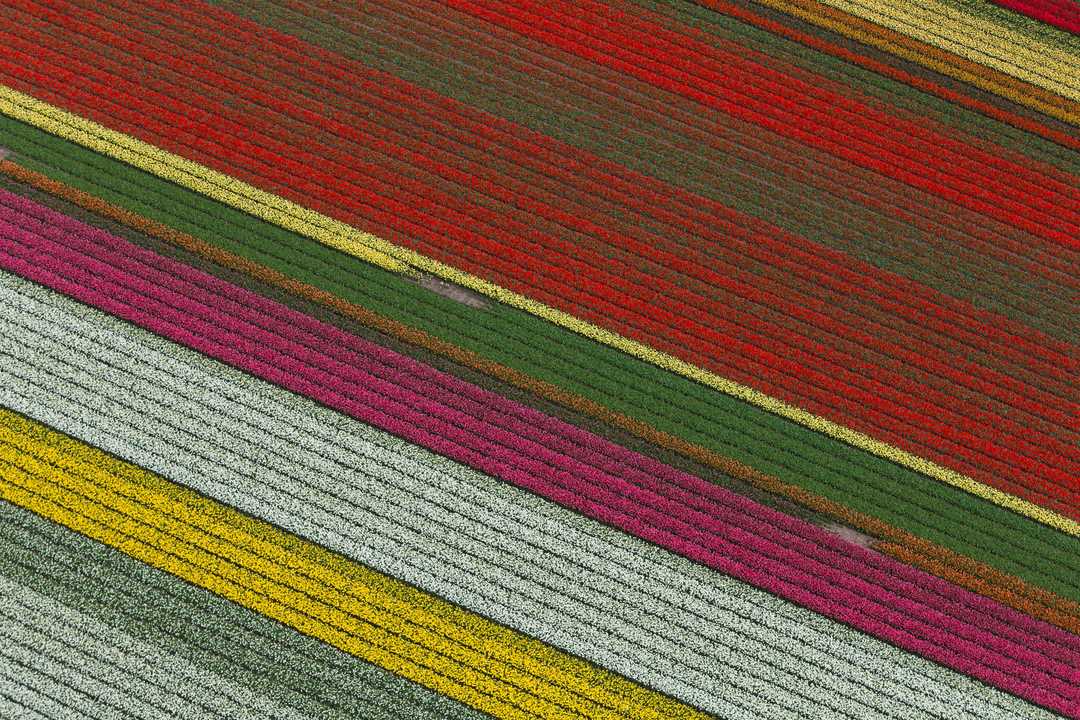 Every spring, the Keukenhof Park in the Netherlands is filled with millions of tulips, hyacinths, daffodils and other flowers.

The American “Grand Canyon” is so wonderful that it doesn’t seem real. 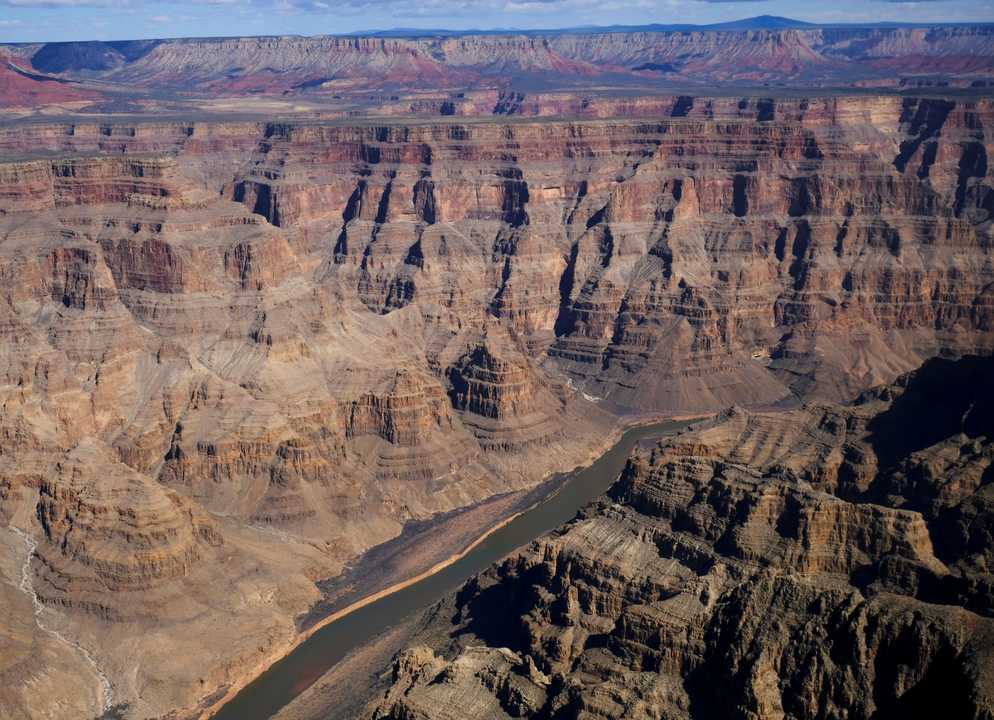 One of the Seven Wonders of the World, this valley was formed 70 million years ago and stretches for about 450 kilometers. 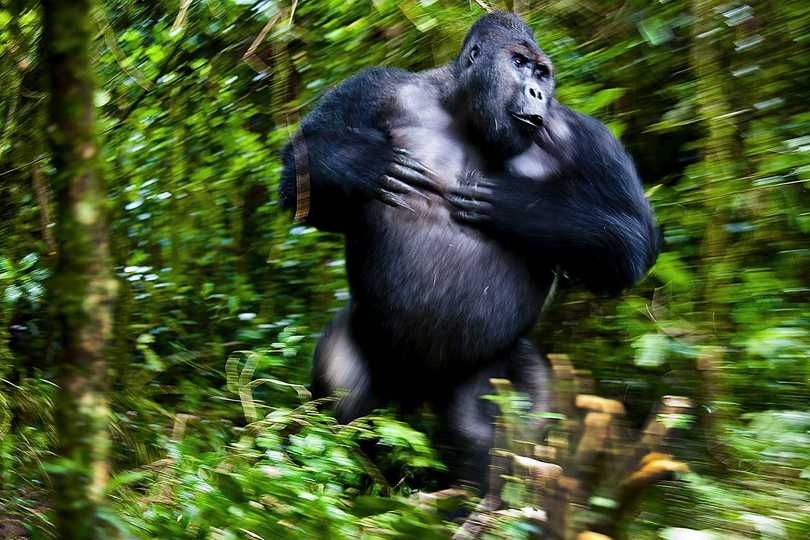