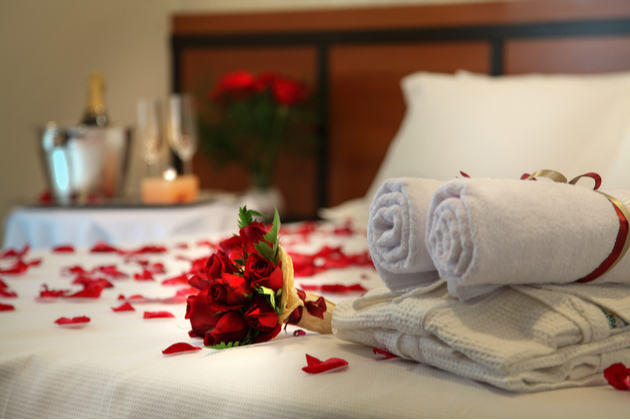 In France, the development of “love rooms” is remarkable these days. A “love room” is what we call a love hotel in Japan. In fact, in France, it is explained that it originated in Japan. However, the concept seems to be similar to Japan’s.

◆Enlightenment gained from Corona?Carpe Diem
Originally, in Europe, including France, there is no such thing as a love hotel in Japan. According to Love’nSpa, a French-Belgian love room search site, the first love rooms inspired by Japanese love hotels were born in France around 2005. It is said that one of the reasons that it started to increase suddenly in the last few years is the influence of the movie “Fifty Shades of Grey” (2015). There are also voices pointing out that the experience of the pandemic caused by the new corona has created a sense of enjoying the present more.

Popular enough to explain how to invest in love rooms
In any case, love rooms are on the rise in France. According to Vice (1/20), there were nearly 1,000 love rooms in France as of the beginning of the year. According to the West France newspaper (1/22), the number of love rooms in the Vendée department in western France tripled in 2021. In addition, several search sites dedicated to love rooms have emerged, and Booking.com, the accommodation reservation site, has created a “love hotel” category for accommodation in France. In addition, French investment information sites have even published articles explaining the Love Room Business Investment Law.

From SM kits to romantic productions
It is said that the “love room” came from Japan, but the concept is not exactly the same as that of Japan. They share the same basic principle of being a place where ordinary couples spend intimate time, but first of all, unlike in Japan, in France, “intimate time” is limited to the evening. In other words, none of the facilities are rented by the hour, and are used on a nightly basis.

Is lemonade an 'elite drink'? In India, the price of lemons has soared, and it is also given as a wedding gift | Business Insider Japan