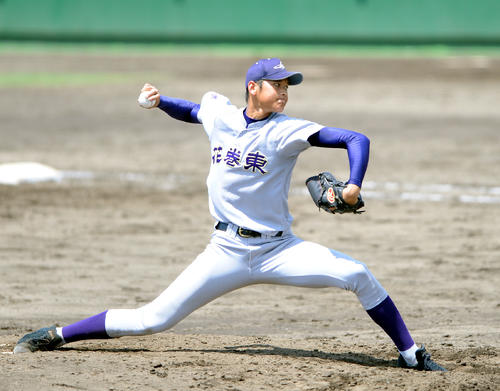 I was in charge of high school baseball in the late 80’s. When the strong pitcher appeared, I searched the stands for professional baseball scouts. This is to find out the ball speed displayed on the speed gun they carry. At the time, everyone involved was surprised when he reached the 140km mark. I made an article about the pitcher with the expression “monster”.

It’s been over 30 years since then. Although there are differences in the display of the speed gun due to the measurement position, etc., it is full of monsters now. While watching the pitcher’s pitching speed displayed for each pitch on the TV screen of NHK, which broadcasts Koshien in the summer, I thought. When I looked it up, the display started in 2000, and since 2004, the measured values ​​have been displayed on the Koshien Stadium scoreboard.

I remember that professional baseball was displayed from the 80’s. In high school baseball, it was not used for reasons such as “it is not appropriate to compete in speed”, but Daisuke Matsuzaka of Yokohama, who won the spring and summer consecutive titles in 1998, measured 151 kilometers with a professional baseball scout speed gun. Growing public interest was a tailwind, and the wind changed direction.

In recent years, it is not uncommon for high school students to reach the 150kg range, with Shohei Otani and Aki Sasaki both hitting the 160kg range. The rapid curve of speed increases is partly due to advances in training methods and nutrition, but pitchers who are now able to directly check their pitching speed in games have become more aware of their speed, and have even used it as a specific indicator. It’s a big factor, isn’t it?

Yusei Kikuchi, who is active in the major leagues, set a goal of 155 kg when he was in high school, and it is said that he also set a target value for muscle training to achieve it. His Koshien record is 154kg. Shohei Ohtani’s goal is 160kg. In January of this year, at the award ceremony for the Japan Society of Sport Sciences Grand Prize, Hiroshi Sasaki, director of his alma mater Hanamaki Higashi, said, “The numbers came out because I aimed.”

On the 9th of this month, Shohei Otani of the Angels won his 10th victory, achieving the feat of “double-digit wins and double-digit home runs” for the first time in 104 years since Babe Ruth. The experience and confidence he gained in high school, when he achieved his goal of 160 kilograms and broke through the limit of his abilities, is probably the foundation for his growth.

Under the blazing sun, baseball players single-mindedly chasing a white ball, the choking heat of the stands, and the tears of losers… High school baseball never changes, as if time had stopped. But players are improving with the times. I thought about that while watching summer Koshien on TV.[Masanori Shuto](Nikkan Sports.com/Sports Column “Sports 100 Views”)