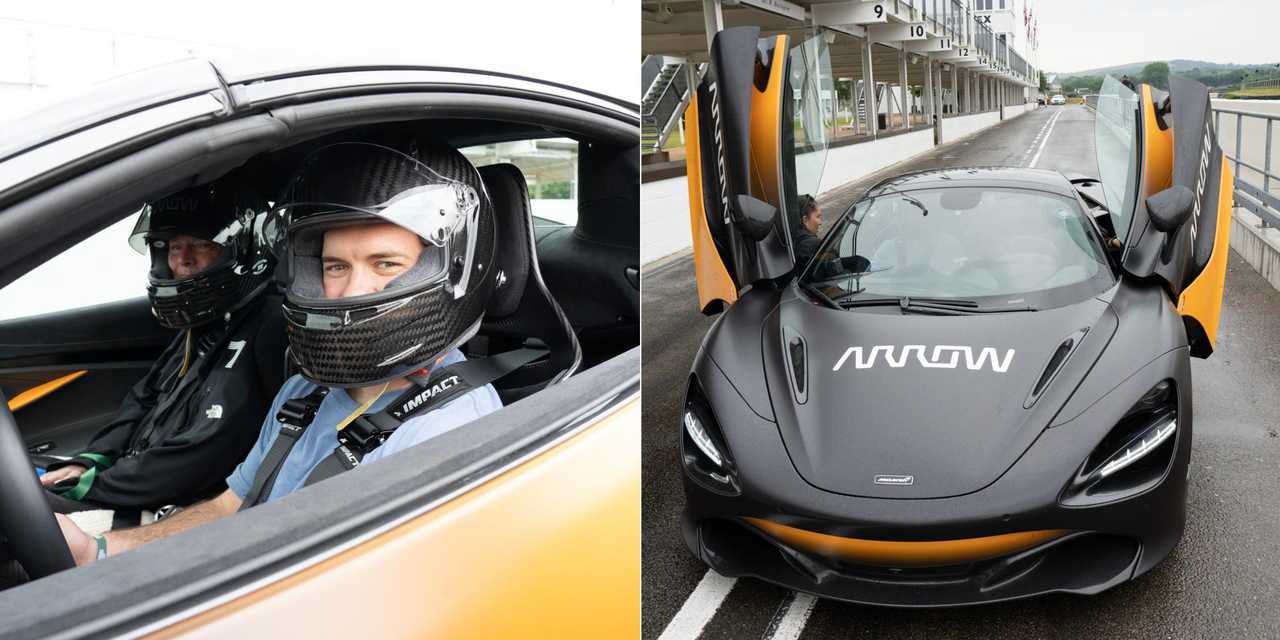 Driving a SAM car was an unforgettable experience.

The SAM car is no ordinary racing car.

SAM (Semi-Autonomous Mobility) designed by Arrow Electronics for former IndyCar racer Sam Schmidt, who was left paralyzed from the neck down in a 2000 accident The driving car) operates the steering wheel with the movement of the head and controls the speed with a breathing tube.

This car allowed Schmidt to make an unexpected and sensational return to the track.

“Everything in my life is pretty much done by someone else, but SAM Carr is in complete control,” Schmidt told Insider.

“Before my injury, driving by myself was the most normal thing in the world. I haven’t been able to for 15 years and now it feels good to be able to do it again.”

At the Goodwood Motor Circuit, one of Britain’s oldest circuits, I drove the SAM and had the opportunity to ride in Schmidt’s car.

The latest SAM car is a modified McLaren 720S Spider 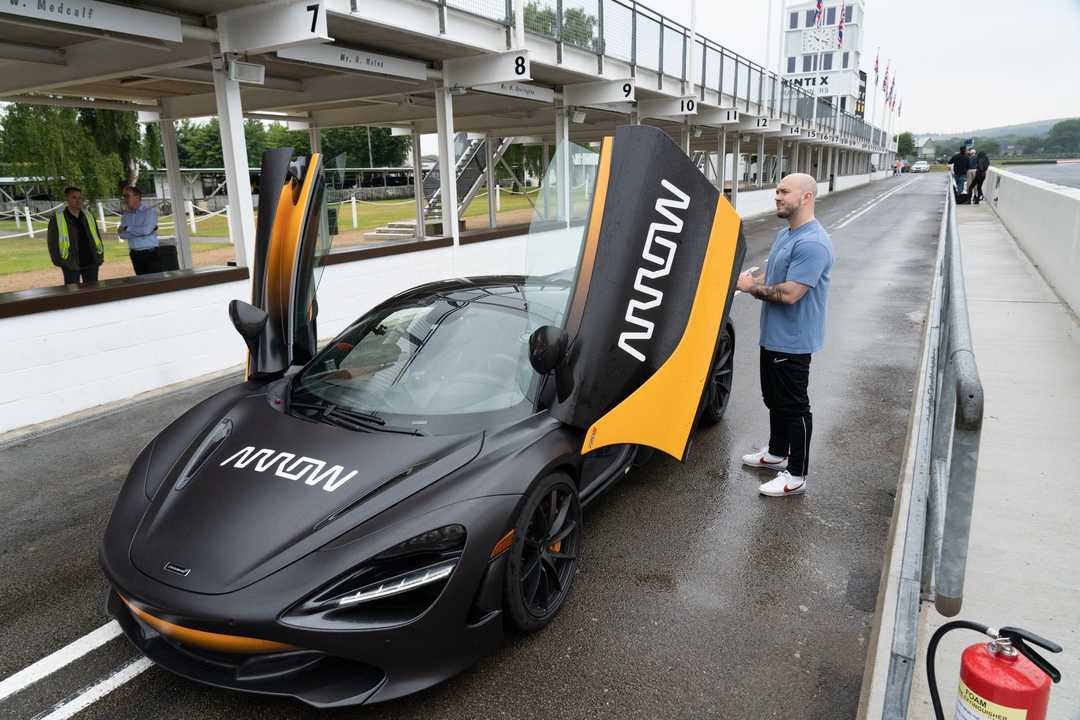 The first version of the SAM car was a modified 2014 Corvette Stingray, but the current car is in its third generation.

This latest model is far faster than any of its predecessors and can hit a whopping 212 miles per hour.

In addition, the technology for controlling the direction and speed of the car has evolved considerably despite the same concept.

Accelerating the car is easy. When you blow into the tube, the car starts running.

But braking was a bit difficult. Instead of inhaling normally, you inhale the tube as if you were using a straw to apply the brakes. It required a great deal of delicacy, and in the first section of the racecourse the brakes were sometimes too strong.

The steering wheel is fairly intuitive

Steering a car without a steering wheel sounds very difficult, but strangely enough, it wasn’t at all.

When driving a car, people often follow the road with their eyes. “Just be mindful of that and you’ll be fine,” Schmidt advised me.

Schmidt’s advice was completely correct, even at high speeds.

After a few practice laps, I started lapping the circuit. 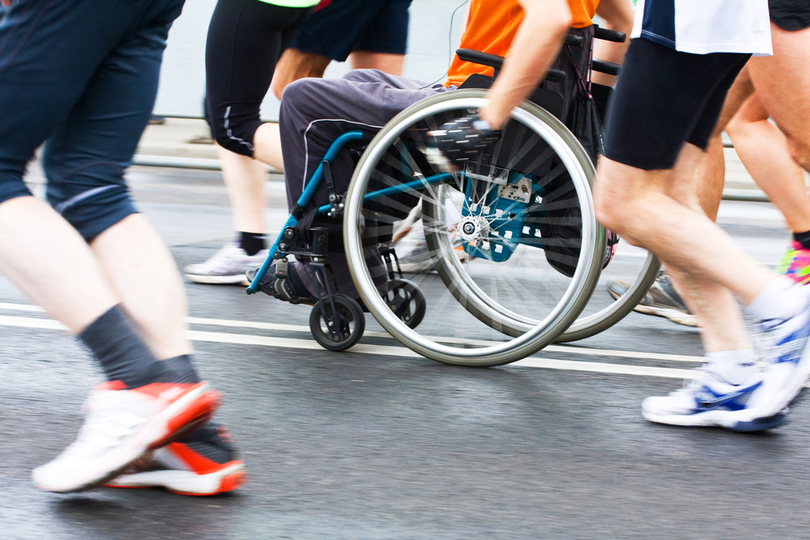 But I found that my skills were nowhere near as good as Schmidt’s. 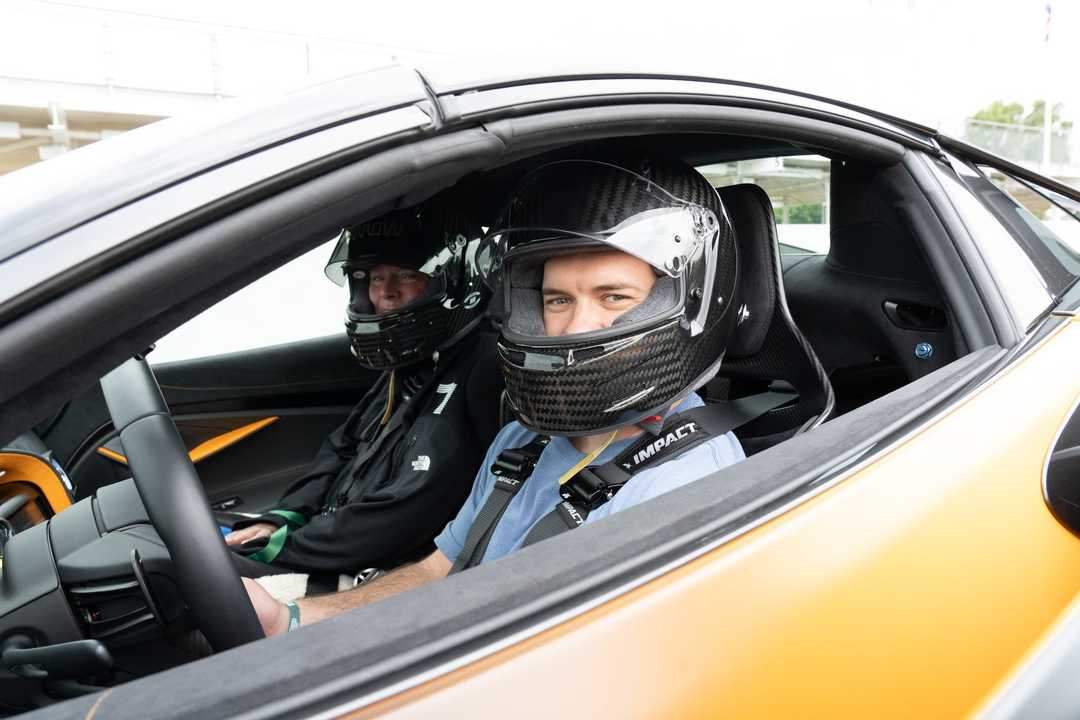 It was a great experience running with Schmidt.

Schmidt is a proven racer who was active in the Indy Racing League (now the IndyCar Series) for three years from 1997 to 1999.

In 1999, he won his first race in Las Vegas, but a few months later his career was cut short by an accident during a test run in Florida.

Getting into the SAM car with Schmidt showed that despite his long absence from the circuit and his lack of physical fitness, he was still capable of being a professional racer.

Schmidt sped sharply through the corners, sprinting to nearly 200 miles per hour in the straight, and in no time completing a lap around Goodwood.

Fraser is paralyzed from the neck down after hitting his neck while jumping into the ocean while on vacation in 2009.

He is now painting with a brush in his mouth. His work is excellent and often sells for thousands of dollars or more.

Fraser described the experience as “indescribable.”

Who would have thought with no arm or leg movement, or any movement from my shoulders down, I could still drive??
.
This was a beyond words experience. Have a look at me in control of this beast.
.
Thank you @ArrowGlobal and @arrowfiveyearsout pic.twitter.com/Ahsh4iGkrd

Who would have thought I could still drive when I couldn’t move my arms, legs or shoulders?

This was an experience that cannot be described in words. I want you to see me in control of this beast. 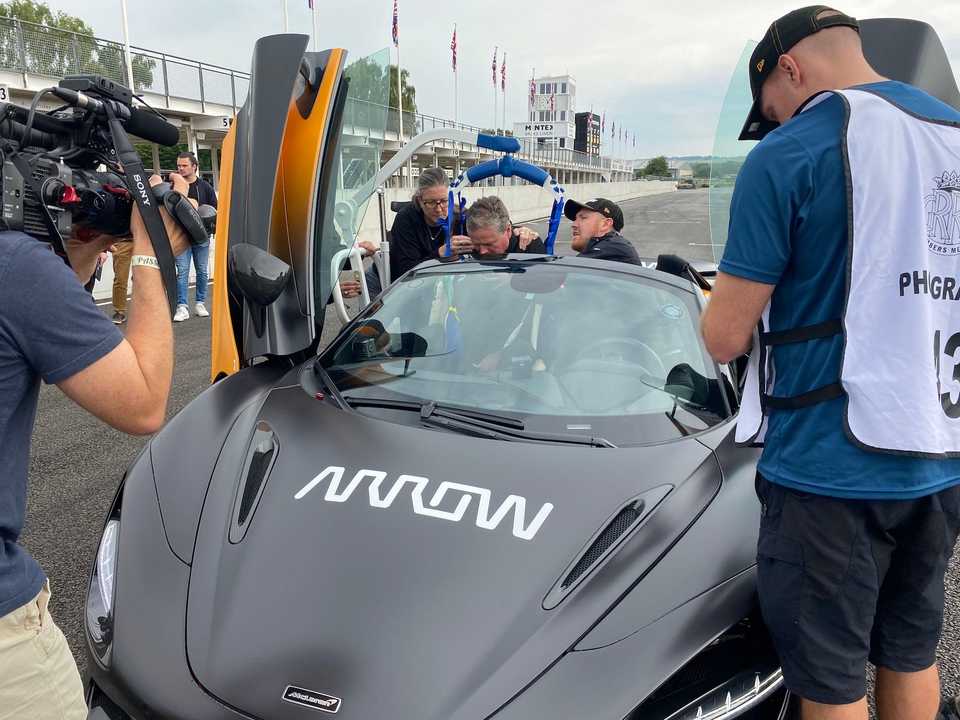 Schmidt uses a crane to get into the SAM car.

It was a great experience driving the SAM car myself. Thanks to this technology, the seemingly impossible has become easy.

But even better than that was being in the car with Schmidt.

It was truly a wonderful experience to see people running on the circuit alongside people who continued to do what they love despite their disabilities.

What matters is how we move forward with this technology.

Arrow Electronics technology not only helps Schmidt fulfill his dream of returning to racing, but also assists him in his everyday life away from the track.

He is now able to drive on the roads of New York and Washington DC with his children in it, and once drove his wife across the Golden Gate Bridge in San Francisco.

In 2021, he was able to wear a walking device designed by Arrow Electronics and dance with his daughter, Savannah, at her wedding.

Now he wants to use this technology to help people with disabilities live their best lives, both on the road and off.

“What we’re seeing now are simple applications that allow people to get back to work,” he said.

“People with disabilities like me often want to go back to work, earn money for their families, and be productive members of society.”

“They have been told all along, ‘Your life, as you know it, is almost over.’ And I want to try to use physical training and technology to help them reach their goals.” 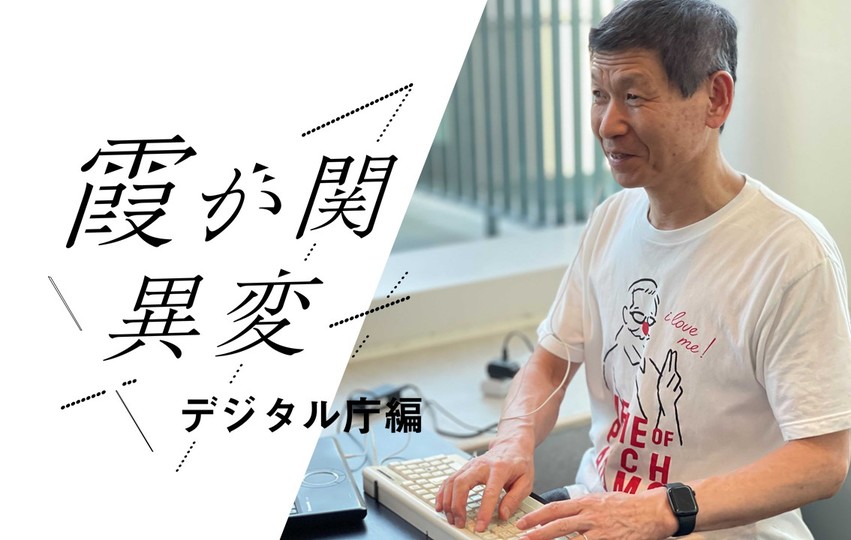 [Original: I drove a McLaren 100 mph using my head to steer and my breath to accelerate, and it showed the amazing ways technology is helping people with disabilities]

My partner who sweetly fills my heart. Bags and baked sweets are always by my side - Fashion Topics | SPUR

Topic on SNS! I'm curious about the 'ribbon pin' from 'LACEREMONIE', the hottest hair accessory in Korea these days♡ | VENESIS