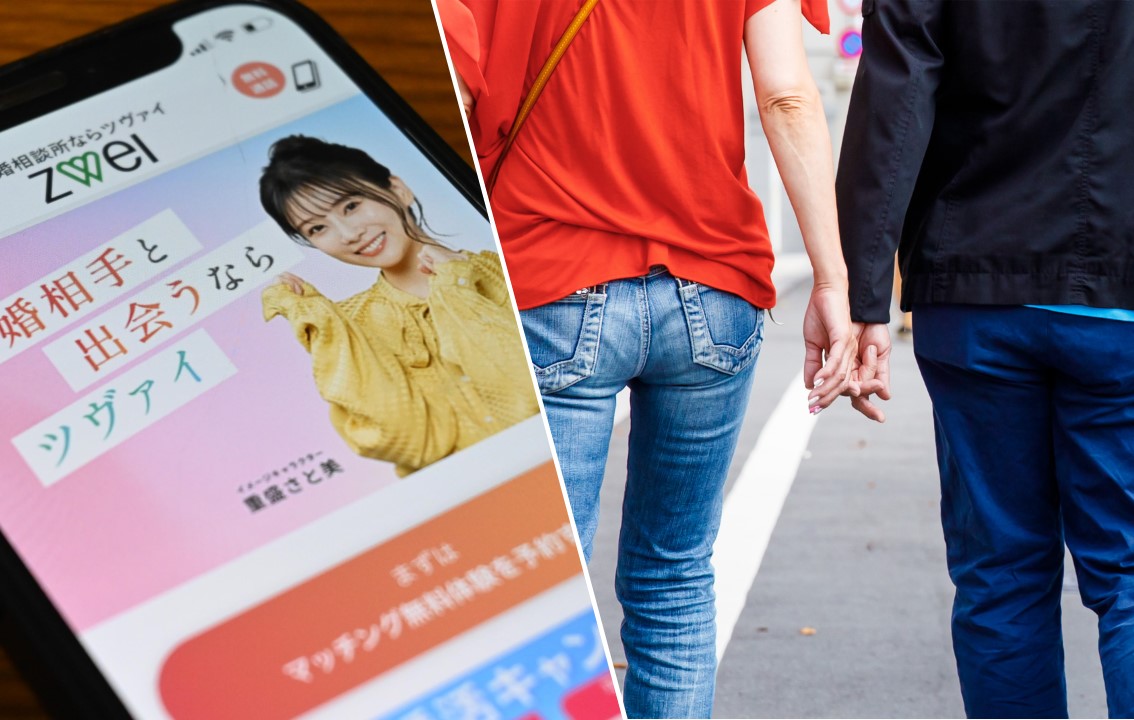 It is said that the number of people in their 20s registering with marriage agencies is increasing.

“There is a growing demand for marriage-hunting services among people in their 20s who are seriously considering marriage,” said Shigeru Ishizaka, president of IBJ.

In the financial results for the second quarter of the fiscal year ending December 2022 announced on August 10, sales and profits increased with cumulative sales of 7,366 million yen (up 2% year-on-year) and net income of 743 million yen (up 51.6% year-on-year). At the same time, the company also announced an upward revision to its full-year consolidated earnings forecast, expecting an 18% increase in net income.

One of the reasons is the increase in members in their 20s, as mentioned by President Ishizaka at the beginning. Looking at the last year, surprisingly, the number of registrations for marriage agencies in the “young generation in their 20s and 30s” has increased rapidly.

IBJ’s president Ishizaka says that behind the rapid increase is the decline in “meeting places” such as dinner parties and joint parties. IBJ’s financial statements give a glimpse of the marriage-hunting situation of people in their 20s. 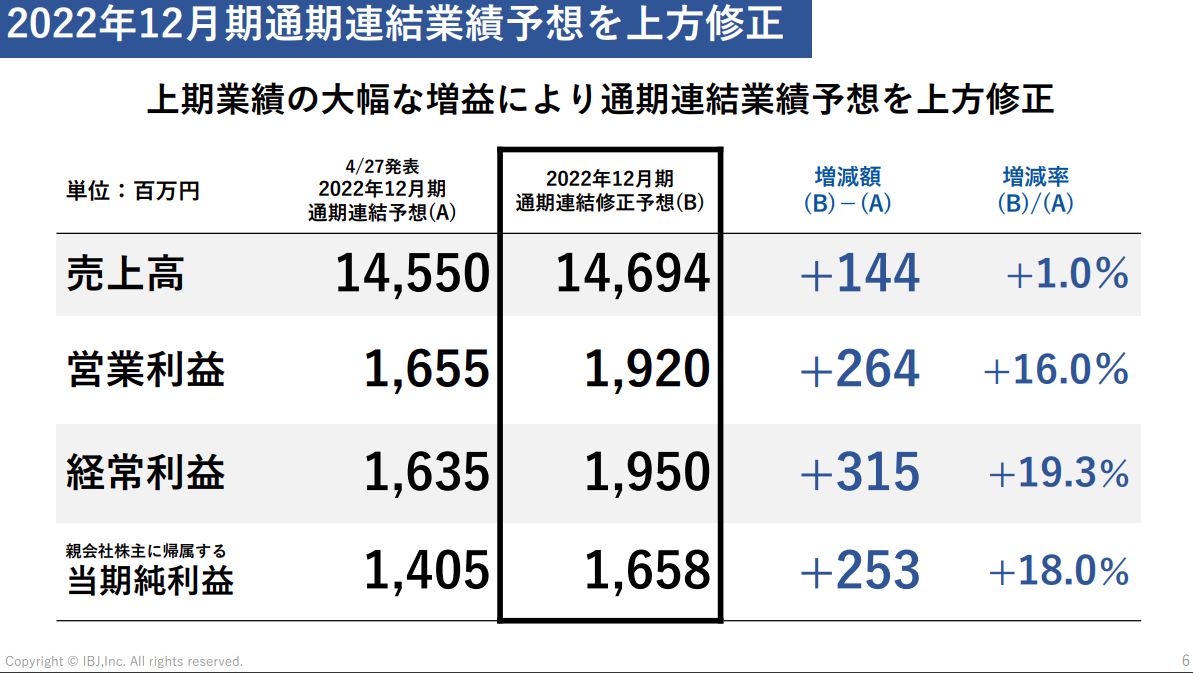 The full-year earnings forecast has been revised upward due to factors such as an increase in the number of registrants at marriage agencies. The company has announced forecasts of sales of 14.6 billion yen, operating income of 1.9 billion yen, and net income of 1.6 billion yen.

As of the end of July 2022, there are 80,296 registered members of the group’s marriage agencies, including directly managed and affiliated stores. The number of members has increased by nearly 10,000 in about a year from 71,546 at the end of June 2021.

Net income increased by 51% (743 million yen) in the above-mentioned second quarter as a result of increasing the number of registrants and proceeding with business restructuring within the group.

Number of registered women in their 20s increased 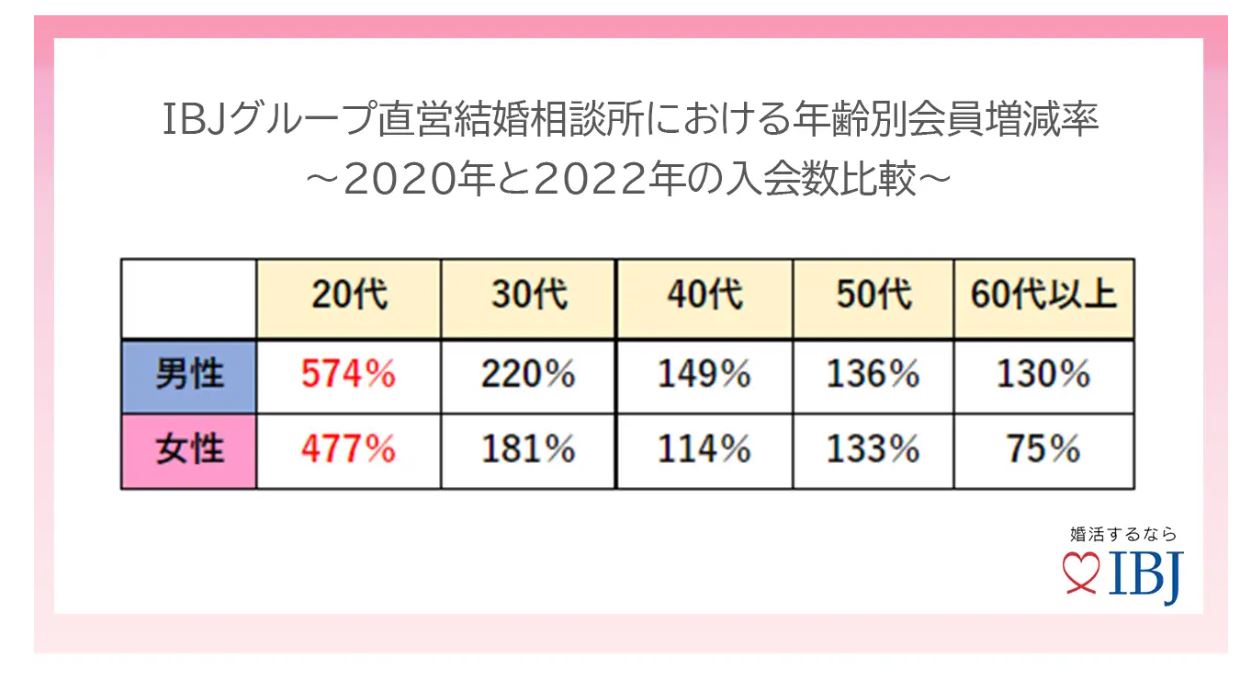 It is said that the number of registrants in their 20s is increasing especially in the corona misfortune. 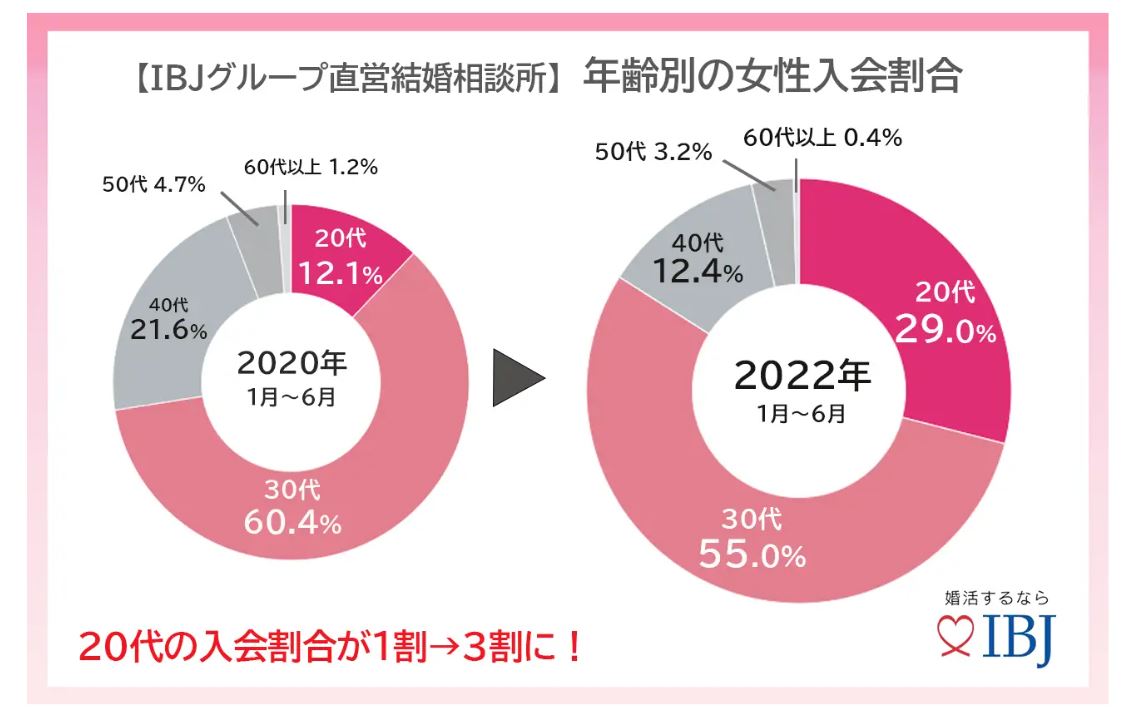 Due to Corona, “opportunities to meet have decreased” 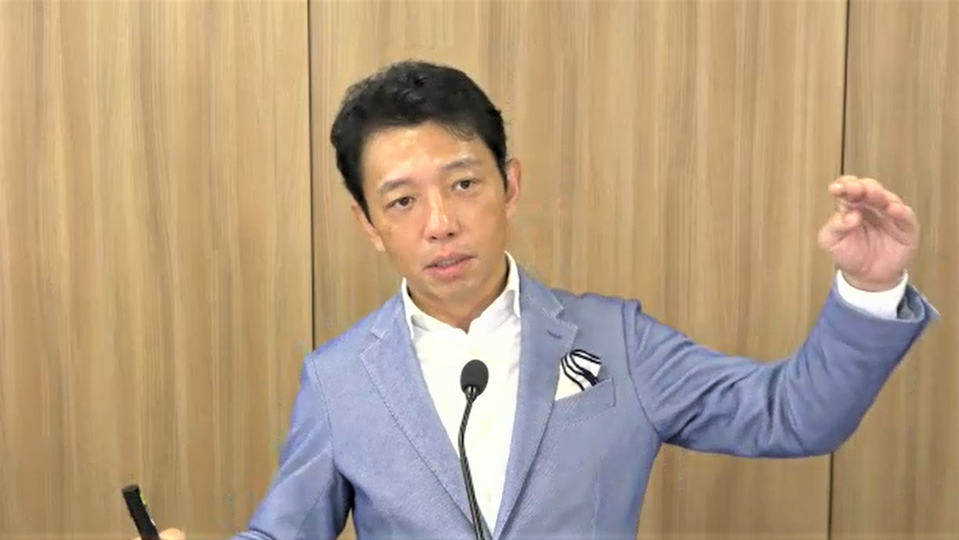 Why did the number of users in their 20s increase?

At the financial results briefing on August 19, IBJ President Ishizaka responded to a question from Business Insider Japan.“Before COVID-19, people in their 20s had many meetings at restaurants, joint parties, and meetings at schools and workplaces, but these opportunities are decreasing. there isHe expressed his opinion.

In addition, the popularization of matching apps has led to interest in marriage agencies, which has led to an increase in the number of subscribers.

In addition, ZWEI, which was acquired in 2020, also contributed to the acquisition of young members.

“(Zwei) was acquired during the coronavirus pandemic, and the stock price dropped considerably, which was a tough time. However, the Zwei brand has the most reasonable price among directly managed stores. Support is also light for young people. We were able to capture the demand of people in their 20s here.”

The number of marriages in Japan is declining, and the population is also declining.

However, the number of marriages in Japan continues to decline, and in the future the population decline will accelerate further and the market will inevitably shrink.

“Since (IBJ) opened in 2006, the number of marriages and births has been declining, but IBJ’s business has continued to grow. has not yet been dug out and has latent demand.

We also want to take the lead in creating diversified services in line with social conditions.”

Regarding the possibility of entering overseas markets in the future, he said, “We would like to consider ways to export our system.” 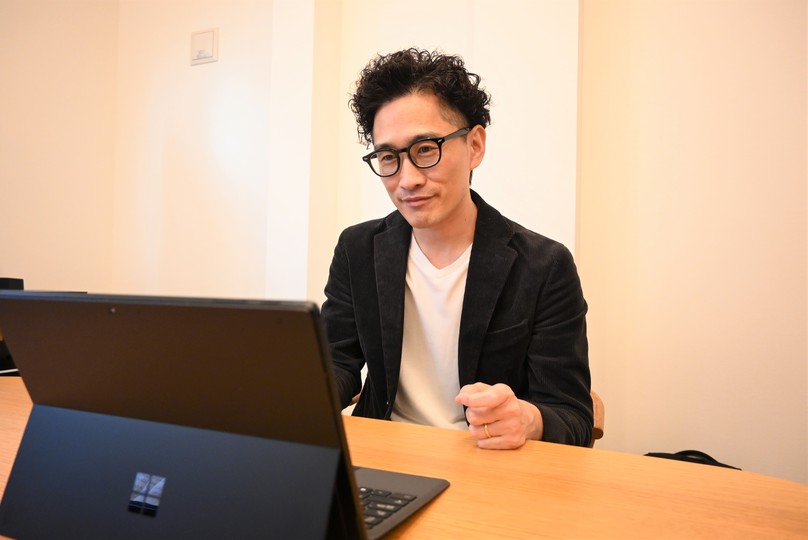 Corruption incident that fades memory of the Tokyo Olympics The darkness behind the ``Olympics'' that overlaps with the suspension of Gatlin qualification-Sports 100 views-Sports column: Nikkan Sports