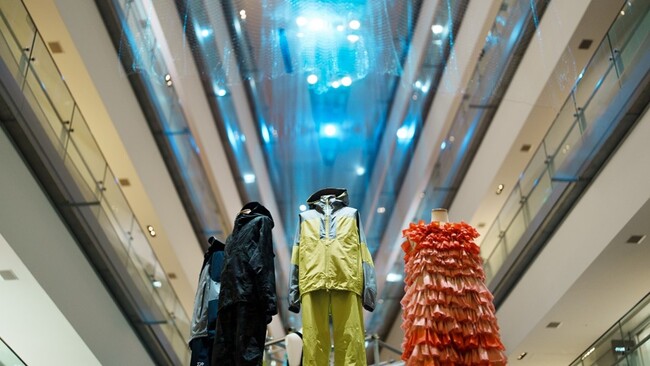 This special exhibition, which will be held as the second installment of “BE EARTH-FRIENDLY” -fishing net upcycle project- which started in March 2022, will be held at “Bunka Gakuen”, Japan’s largest educational institution specializing in fashion, and Japan’s only The event will be held at the official event venue of “Rakuten Fashion Week TOKYO 2023 S/S” in collaboration with students from these two schools, “Tokyo University of the Arts”, a national comprehensive arts university.
This exhibition is a new attempt by industry-academia collaboration with Bunka Gakuen students producing fashion items and Tokyo University of the Arts students designing the venue under the theme of “upcycling reborn from the world of the sea”.
And it was decided that fashion items produced by Bunka Gakuen students would be reviewed by five judges. At the award event on September 1st (Thursday), Naomi Trauden, who is active as a model and talent, Hiroshi Komoda of the Japan Fashion Week Organization (JFWO), WWD JAPAN editorial director Sustainability Director Chizuru, D-VEC Creative Director Tsutomu Sasaki, and representative of the company, Kenichi Kobayashi (Executive Officer, Phishing Sales Division, Apparel Marketing Department) gave reviews from various perspectives such as design with a background of sustainability. increase.
The item that won first place in this contest will be commercialized and will be sold at D-VEC TOKYO EXCLUSIVE. In addition, the 2nd and 3rd place items will be exhibited at the DAIWA Apparel Showroom even after the end of the “Rakuten Fashion Week TOKYO 2023 S/S” period.

By collaborating with DAIWA, which has been working on the fishing net upcycling project, and the students who dream of becoming designers who will lead the future of the fashion industry, we aim to solve the negative environmental problems surrounding the fashion industry. We aim to open up the next step by converting various problems to a positive perspective. 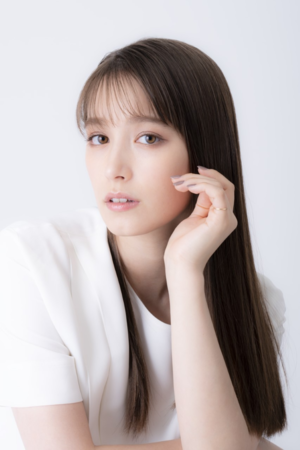 Born in Kyoto Prefecture. He has a German father and a Japanese mother. He graduated from Keio University.
Won the Grand Prix at “2013 Miss Teen Japan”.
Debuted at the age of 13 as the youngest exclusive model in Shogakukan’s “CanCam” history.
In the September issue of CanCam released in July 2021, the longest record in exclusive model history was updated.
In addition to magazines and fashion shows, “Nikkei News Plus 9” and “Hiruobi!”
He is also active in news and information programs such as “Mezamashi 8”.
From January 2021, he will serve as the Ministry of the Environment Sustainability Ambassador. 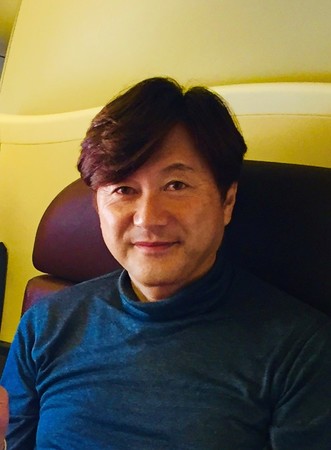 Born in 1960, from Osaka.
1982 Graduated from Kwansei Gakuin University, Faculty of Economics
Joined Toray Industries, Inc. in 1982 and has been in charge of a wide range of operations, including marketing for the textile business, as well as organizing and managing campaigns, promotions, exhibitions, and collection shows. Since 1996, he has been in charge of product development and sales of microfiber materials for domestic and overseas brands (section manager), and is in charge of providing materials and branding to participating designers such as the Paris and New York collections. Since 2006, he has been appointed General Manager of Toray International Co., Ltd. (trading company) and is responsible for the OEM business of sewn products for women’s/men’s, sports, inner apparel and retail stores. He built a production supply chain centered around Asia. Since 2012, he has been a director of Toray International Co., Ltd., and has contributed to the establishment of an integrated supply chain from functional materials to sewing for a major SPA, PET bottle recycling, and the construction of an integrated supply chain from sustainable materials to sewing. She is in charge of licensing business for overseas brands. In July 2020, she was appointed as the secretary general of the Japan Fashion Week Organization (JFWO). 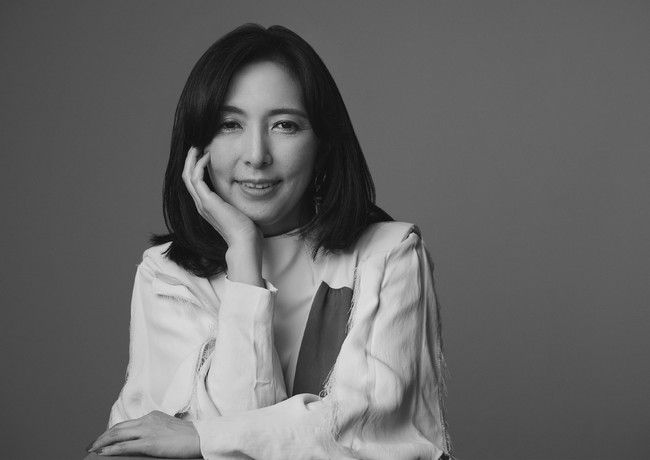 Born in 1970, from Yokohama City. After she graduated from Tokyo Women’s University, she joined Edwin. She has been in the sales department for four and a half years, and she has a sales position. She joined INFAS Publications in 1999 after working as a reporter for Nippon Seni Shimbun. As a reporter, she mainly covered fashion weeks in Paris, Milan, New York and Tokyo. She interviews and writes for designers and business owners. After working as editor-in-chief of “Fashion News” and editor-in-chief of “WWD Japan”, in April 2021, she was appointed Executive Officer of INFAS Publications Co., Ltd. WWD JAPAN Editor-in-Chief Sustainability Director.
・Consumer Affairs Agency Sustainable Fashion Supporter (2021-)
・Ministry of Economy, Trade and Industry “Research Group for Future Fashion” Member (2021)
・Mainichi Fashion Grand Prix Selection Committee (2015-2021)
・International Woolmark Prize 2020 Advisory Council 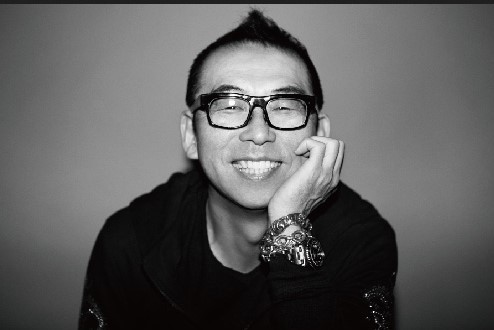 Received the 43rd Soen Award and the 1st KENZO Award in 1978 while studying at Bunka Fashion College. In the same year, she was invited by Kenzo Takada to go to France and join KENZO in Paris. She has been the chief designer of KENZO FEMME and KENZO HOMME for 20 years and as Kenzo Takada’s right-hand man. From 1993 to 2000, LVMH He was appointed Studio Director (Creative Director) of the KENZO brand of Louis Vuitton. He is involved in the direction of all lines including women’s and men’s collections and licenses. In 2000, he launched the design office “TSUTSU STUDIO” in Paris, where he worked as a creative director, branding, producing, and developing various designs. In 2022 he will be appointed D-VEC creative director. 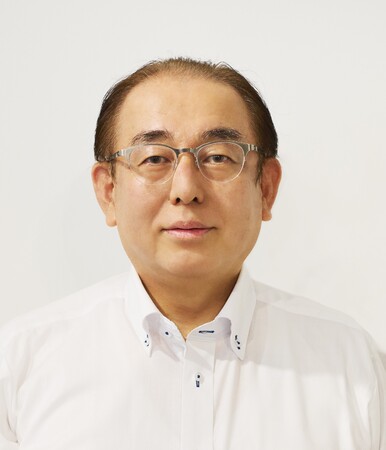 Born in 1961, from Kyoto.
After graduating from Hokkaido University Faculty of Fisheries, joined Daiwa Seiko Co., Ltd. (currently Globe Ride Co., Ltd.) as a new graduate. After gaining sales experience in Chiba, Shizuoka, and Kagoshima, he moved to the head office in 1995 and was involved in sales planning, product planning, and corporate planning. Since 2015, he has been appointed as the apparel marketing manager of the fishing sales division and responsible for the apparel business. Since 2018, he has been appointed Executive Officer, Apparel Marketing Manager, Fishing Sales Division.

Fashion Week is a fashion festival held in fashion cities around the world. Paris, Milan, London, New York, and Tokyo. The fashion week held in Tokyo is called “Rakuten Fashion Week TOKYO”. Sponsored by the Japan Fashion Week Organization (JFWO), we will showcase the latest Japanese creations that are attracting attention around the world, centering on two locations, Shibuya Hikarie and Omotesando Hills.
https://rakutenfashionweektokyo.com/jp/

The Japan Fashion Week Organization (JFWO) was established in 2005 with the aim of further strengthening and developing the international competitiveness of the Japanese textile and fashion industry. We hold “Rakuten Fashion Week TOKYO” as our collection business, and “Premium Textile Japan” and “JFW Japan Creation” as our textile business.
At “Rakuten Fashion Week TOKYO” organized by JFWO, we will continue to disseminate “SDGs that fashion can achieve” as a medium-term theme, “SDGs”, which are inseparable from fashion these days.

GLOBE RIDE Co., Ltd. is a comprehensive sports and leisure manufacturer that develops golf, tennis, and cycling businesses, centered on fishing “DAIWA”. With the philosophy of “A Lifetime Sports Company”, we are conducting corporate activities so that people around the world can feel nature and be filled with exhilarating impressions. We are also actively engaged in environmental conservation activities, and are working to further contribute to the enrichment of people’s lives through nature.
Globe Ride Official URL: https://www.globeride.co.jp/
DAIWA Official URL: https://www.daiwa.com/jp/

Collection of fashionable outfits for adults! Autumn shorts coordination ahead of the season! | Fashion | Safari Online

Is the outerwear you want to wear now a coat? Jacket type?Stylish ways to wear a beret WORLD SNAP 7DAYS[11/13-11/19]| Feature | Fashion