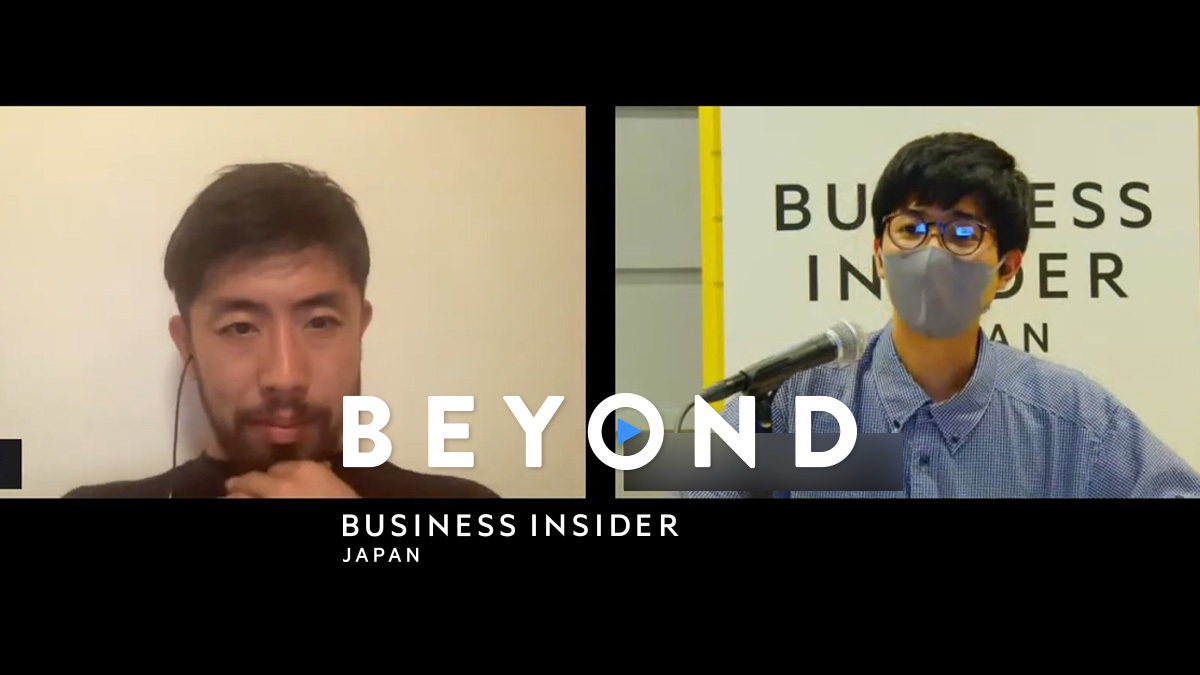 “BEYOND” is an online program that spotlights people and companies that are taking action by capturing “signs of change.”

In the 13th installment, Mr. Atsushi Hayashi, founder and representative director of Next Commons Lab, whose mission is to “create a post-capitalist society,” will appear.

The abstract of the program that aired on August 31 (Wednesday) will be partially edited and posted.

──Please tell us about Next Commons Lab.

Mr. Atsushi Hayashi (hereinafter referred to as Hayashi):The team was established in 2016 with the mission of “realizing a post-capitalist society.”

We are launching various projects, such as working to solve problems such as depopulation, with our eyes on rural areas in Japan.

── You operate as a general incorporated association and as a joint-stock company. What are the differences?

Hayashi:As a general incorporated association, we are developing experimental projects with subsidies from the Nippon Foundation.

At our company, we utilize a network of over a dozen locations nationwide and collaborate with members to horizontally develop projects that have emerged as a general incorporated association. 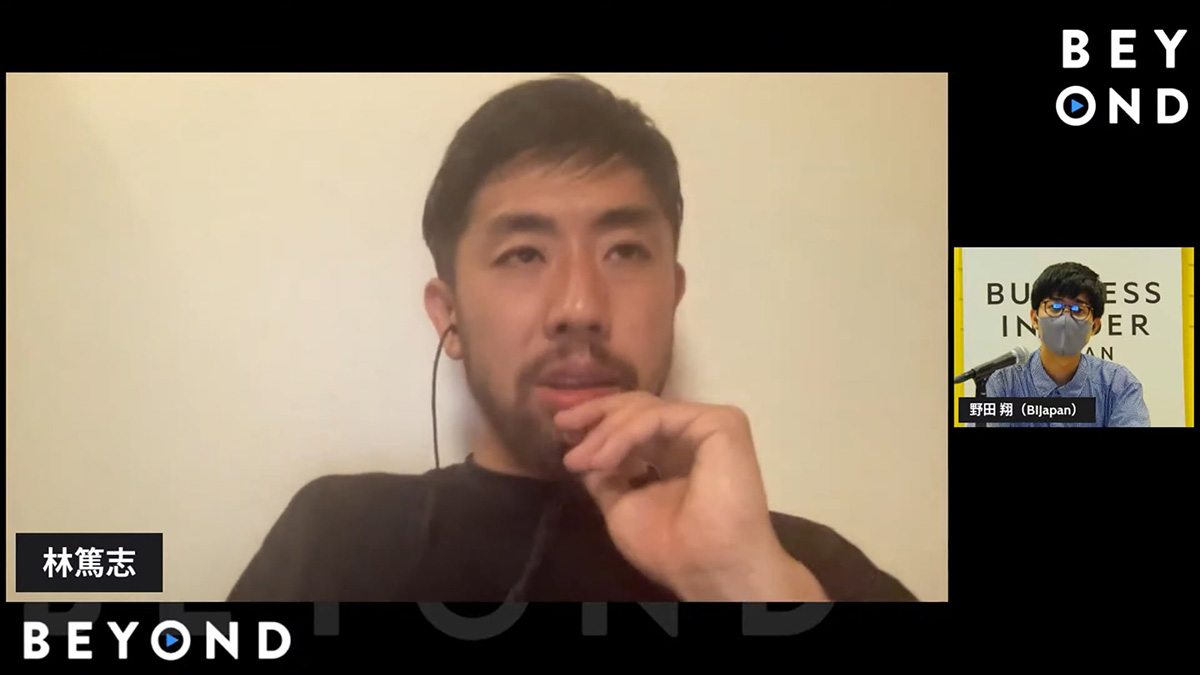 Mr. Atsushi Hayashi, founder and representative director of “Next Commons Lab”, talks about NFTs in the Yamakoshi area.

──One of the projects that Mr. Hayashi worked on is the “NFT issuance that also serves as an electronic resident card” that started in the Yamakoshi area of ​​Nagaoka City, Niigata Prefecture. What kind of NFT did you introduce?

Hayashi:I think NFT has an image of trading digital art at a high price.

On the other hand, in this project, we considered “how can NFTs be used socially” and introduced it as a challenge.

And part of the sales from NFT will be recorded as a budget that digital villagers can use for the project. 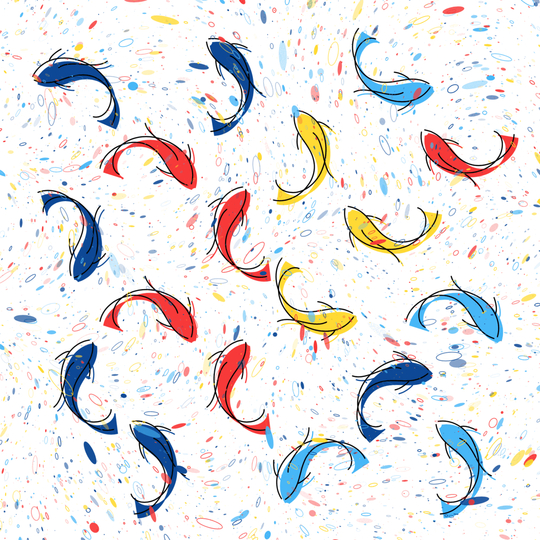 ──What can you do as a Digital Villager?

Hayashi:The Digital Villagers are asked to come up with ideas to liven up the Yamakoshi area, and through votes by the villagers, the projects that will be put into operation will be decided.

In other words, digital villagers are owners of a governance token that votes on how to spend their budget.

──What kind of projects have been activated by voting?

Hayashi:Digital villagers visited the real Yamakoshi area and helped out with the festival (Nagaoka fireworks).

In addition, there is also “Metaverse Yamakoshi,” which scans buildings in the Yamakoshi area and reproduces them in a VR space.

With the concept of “a village that collects NFTs”, there was also a project to buy NFTs as a shared property of the Yamakoshi area and display them in the real Yamakoshi area community space. 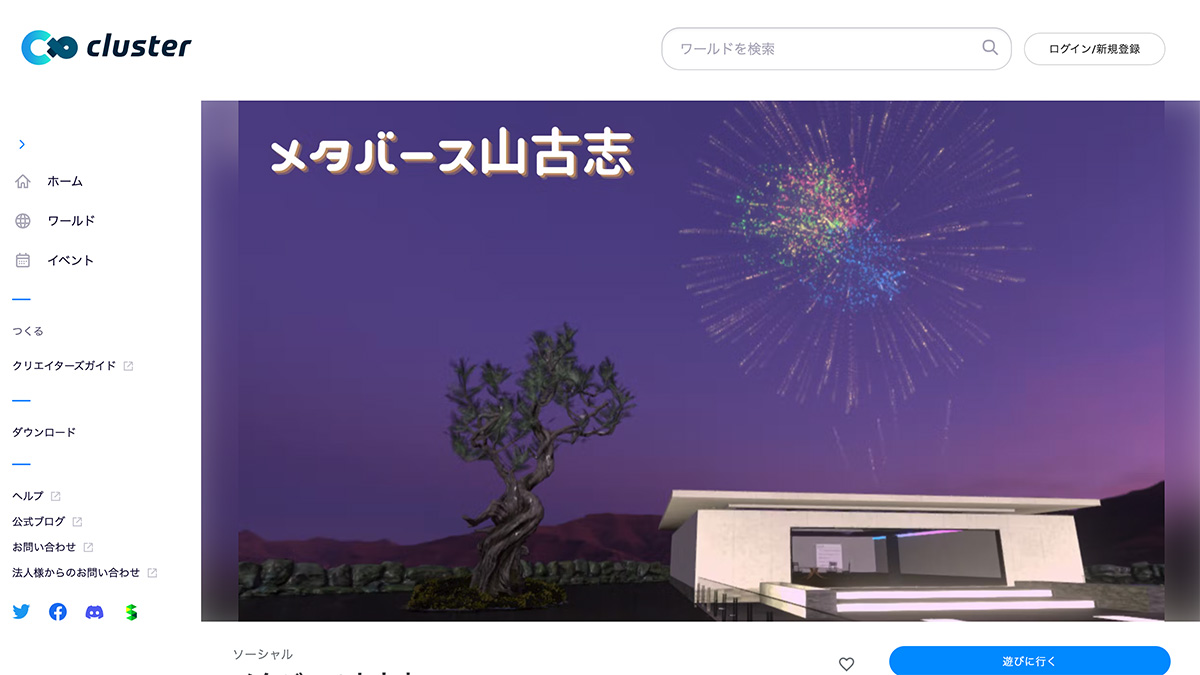 Yamakoshi is reproduced in the metaverse (cluster).

──What was the reaction of the Digital Villagers who actually visited the Yamakoshi area?

Hayashi:Even before coming here, I’ve been participating in the Yamakoshi community through NFT, so I already have a sense of belonging. One Digital Villager found a job in the Yamakoshi area.

I also had the opportunity to give a lecture on how to install a cryptocurrency wallet for elderly people living in the Yamakoshi area. Real villagers are also starting to have NFTs.

It’s a strange scene, but through this project, I feel the fusion of the real and the digital, which have been drawn until now. 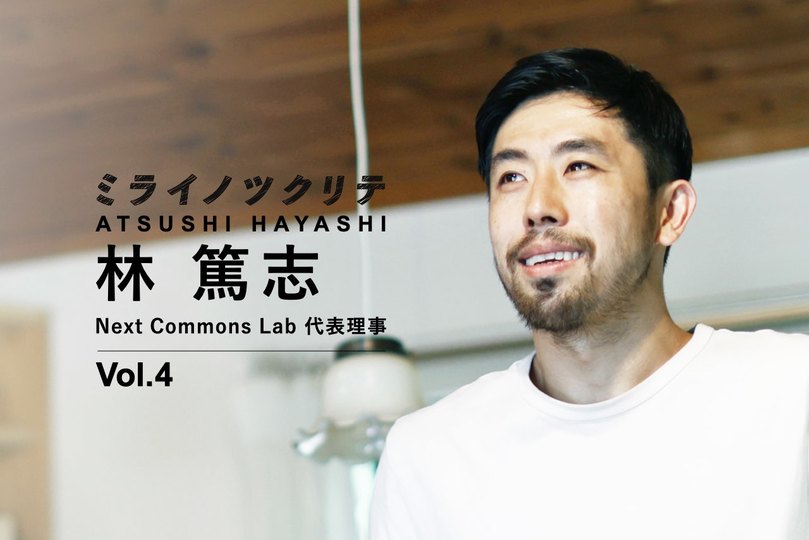 Accelerating projects because of blockchain 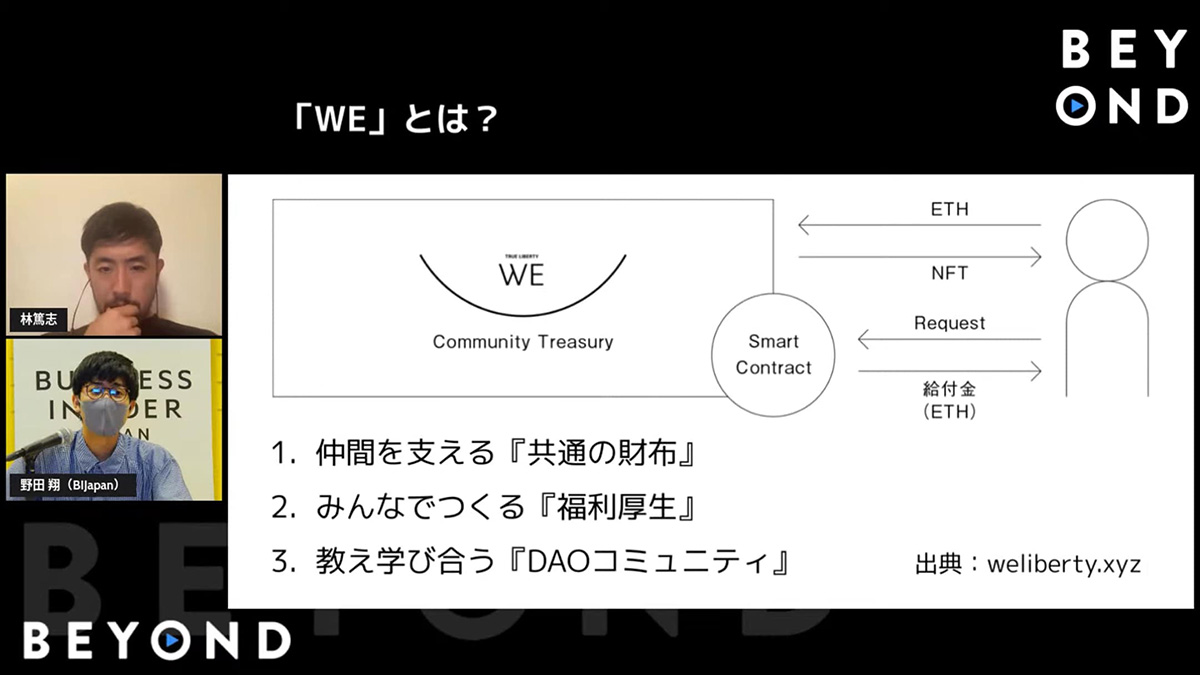 A component of WE.

──In August, there was a launch event for your new project “WE”. What kind of project is this?

Hayashi:“WE” is a community aiming for the form of a DAO (Distributed Autonomous Organization), and has three contents: “common wallet”, “welfare” and “DAO community”.

The “common wallet” is an idea for a more flexible and wide-ranging implementation of the so-called private finance that has long existed in Japanese farming villages.

Buy an NFT as a membership and contribute the money. And it will be a “wallet” that members can use when they need money, such as when they are in trouble or when they want to contribute to the community.

“Benefits” can collect the surplus resources that each person has and use them on the NFT and smart contract mechanisms.

When it comes to welfare programs, the image given by the company precedes, but it is a little different.

For example, if you own a mountain or run a restaurant in the countryside, you actually have a lot of surplus assets even on an individual basis, such as providing one place or dessert.

──When an accident occurs and you need money, you can receive benefits from WE as a crypto asset (Ethereum), right?

Hayashi:“Common Wallet” assumes that system. The “DAO community” implements smart contracts on this.

For example, even after purchasing an NFT, those who do not contribute to the community are not free to receive benefits.

We would like to develop a system that quantitatively evaluates contributions through blockchain and send money to those who have achieved a certain level of evaluation using a smart contract.

This is something we’re still working on, and WE is in the pre-launch stage. We are aiming for an official release in October.

──What do you think are the benefits of using blockchain?

Hayashi:In combination with smart contracts, I think it should be permissionless and anyone can access it.

It is possible to purely redistribute the collected money and resources based on the ideas and ideals that were originally designed, without someone having strong authority or looking at someone’s complexion.

──Could you introduce the two books that influenced you as the origin of Mr. Hayashi?

Hayashi:The first book is “Introduction to Sociology: The Future of Humans and Society”. What a free society is and how to implement it is written in the words of sociologist Sosuke Mita.

I am always thinking about how I could give form to what he advocates in the real world. It’s my bible.

──What about the second book?

As with “Introduction to Sociology: The Future of Humans and Society”, I take as a baton the practices left by them and the perspectives and ideas that I got from them, and think about how to realize them using modern blockchains. I’m here. 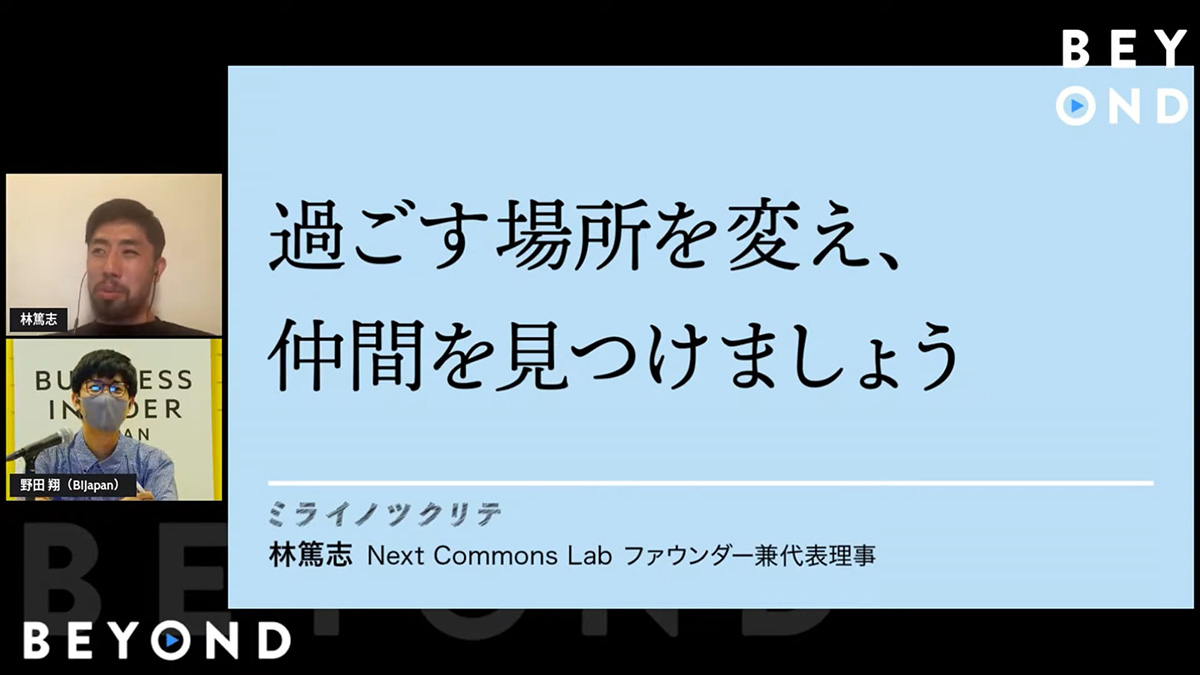 A message from Mr. Hayashi to the Tsukurites in the future.

—— Lastly, please give a message to those who will shape the future.

Hayashi:“Change your place, find your friends.”

I believe that when I want to take on a new challenge, there is a place for it that is separate from where I am now.

For example, if you work for a company, try spending half of your time in a community that is trying to do something completely different, or change your place of residence.

Then, I think that not only the place where you spend time but also the people you talk to will change.

At the same time, how you find your friends is also important.

There is almost nothing that you can do alone, and if you can put your thoughts into words, even if only a little, and find a partner who will get on with you and think with you, you will be able to move forward on your own. 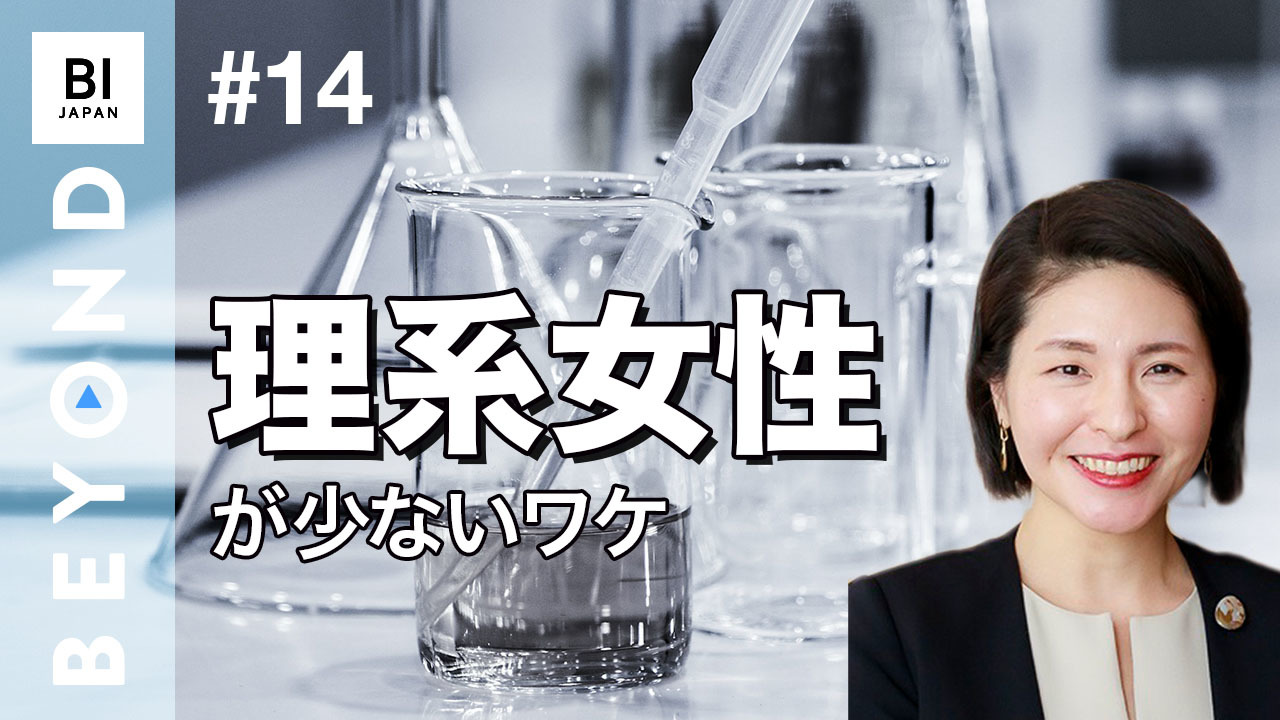 From 19:00 on September 7, 2022 (Wednesday), we will invite Professor Hiromi Yokoyama of the University of Tokyo as a guest and send “Why there are few women in science”.

Scheduled to be delivered every Wednesday from 19:00. Business, technology, SDGs, work style… Business Insider Japan’s reporter/editor interviews people who challenge themselves to create a new future without being bound by preconceived notions. Through dialogue with reporters, we will dig deeper into the origins of the challenge, current initiatives, and the future we want to create.

The archive will be published in a playlist on our YouTube channel.

“Schoo for Business” was selected as “Good Service” and “Ease of use No. 1” in the “BOXIL SaaS AWARD Autumn 2022” e-learning (system) category