We have updated the game according to the schedule below, implementing new content such as “weather/levees” and “map incidents” and improving functions. Please enjoy the ever-evolving world of “New Romance of the Three Kingdoms”. 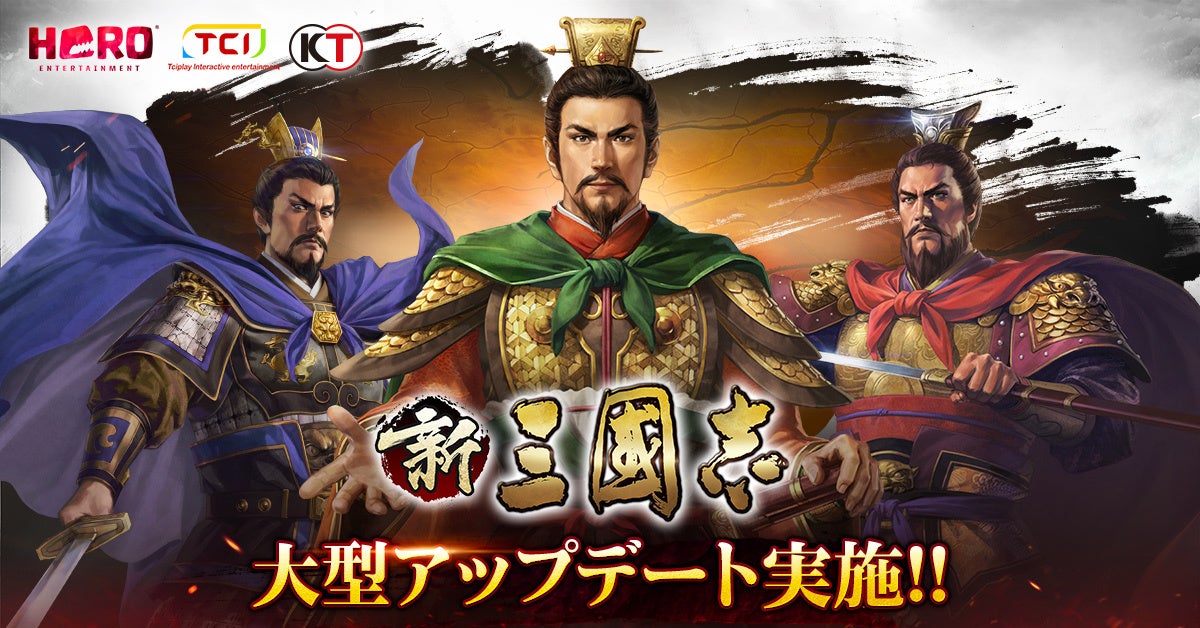 [Overview of update contents]1. Addition of “weather/bank” function
“Weather/Dike” is a new feature that affects the terrain of all servers.
Weather includes clear skies, light rain, heavy rain, and storms, and the amount of rain changes the terrain and affects the rate at which levees fill up.
The embankment will be a newly implemented strategic base. By opening the embankment floodgates, the accumulated water will flood, wiping out the main castle and castle facilities in the target area, and becoming the cornerstone of the county castle siege! 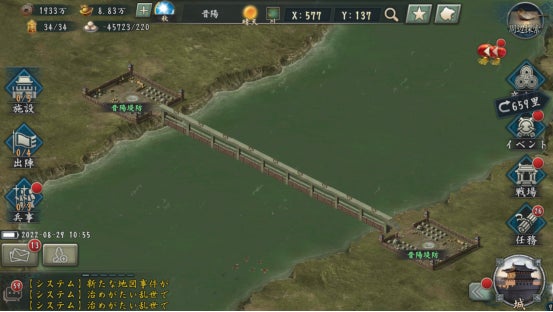 “Map Incident” is a new function that solves the problems of the people living in the county castle and the subjugation of bandits stationed in the suburbs. It occurs randomly in each county castle, and when resolved by a member of the corps, the prestige of that county castle can be obtained.
By acquiring prestige, various buffs will be added when attacking the county castle, so it will be a new siege element. 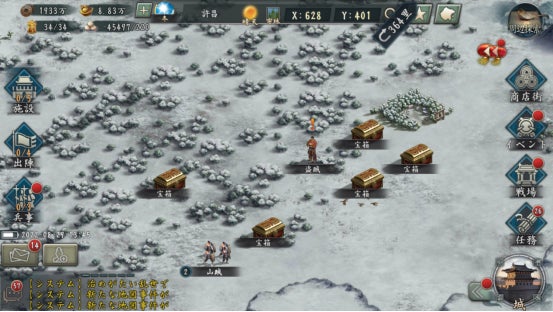 “Successful Achievement” is a new function added to Tenkadaidai. You can raise your rank by completing seasonal missions and weekly missions.
Every time you go up in rank, you can get gorgeous rewards, and if you climb up to “General”, you can get various powerful buffs. 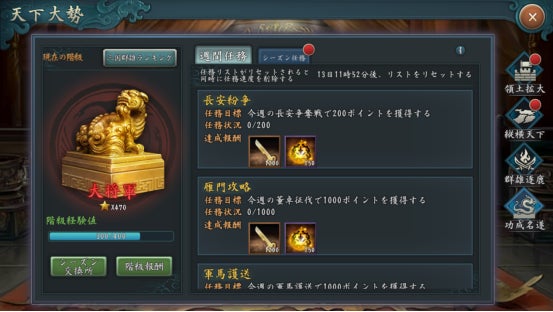 * Event period and contents are subject to change without prior notice. For the latest information, please see the announcement on the official Twitter or official website.

The first market to experience food and culture from around the world, “WORLD FOOD MARKET ~series AFRIKA~” September 17th (Sat) and 18th (Sun), 2022