Publisher Focus Entertainment has announced that it has acquired WW1 Game Series, the Dutch developer behind World War I FPS Verdun and Tannenberg.

The WW1 Game Series is made up of 15 passionate creators and is the sixth development studio for Focus. Following “Verdun” in 2015 and “Tannenberg” in 2017, the latest work in the series “Isonzo” will be released on September 13th local time Windows (Steam, Epic Games store) / PS5 / PS4 / Xbox Series X|S / It will be released for Xbox One.

“This acquisition represents a significant added value for Focus Entertainment’s portfolio and its coalition of talent. has proven to be experts in delivering authentic multiplayer FPS experiences, and we look forward to working with Jos and his team to continue delivering new and unique experiences.”

“I am looking forward to the launch of Isonzo and innovating by partnering with our large and experienced partner Focus Entertainment to maximize the potential of the series and WW1 Game. The Series will undoubtedly benefit from the proven Focus in the FPS genre, and fans of our games will share the same dedication and passion that Verdun and Tannenberg have provided over the past decade with Isonzo ’ and look forward to taking this partnership to new heights.”

“This is the perfect time to fully focus on this acquisition, the launch of Isonzo, and our new adventure with M2H. We believe we can make the series bigger than ever with our new ownership.We want to work on some exciting new projects, but we will make sure to carry on the knowledge and skills next year to ensure a smooth transition.New ownership. I can’t wait to see what the WW1 Game Series will be like depending on who it is.” 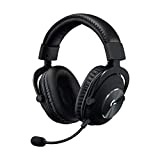 The Keiji e-Sports Federation announces the holding of the "2nd Kansai Corporate E-Sports Tournament"! The final match will be held on November 23rd (Wednesday) at Sanga Stadium by KYOCERA e-SPORTS ZONE!