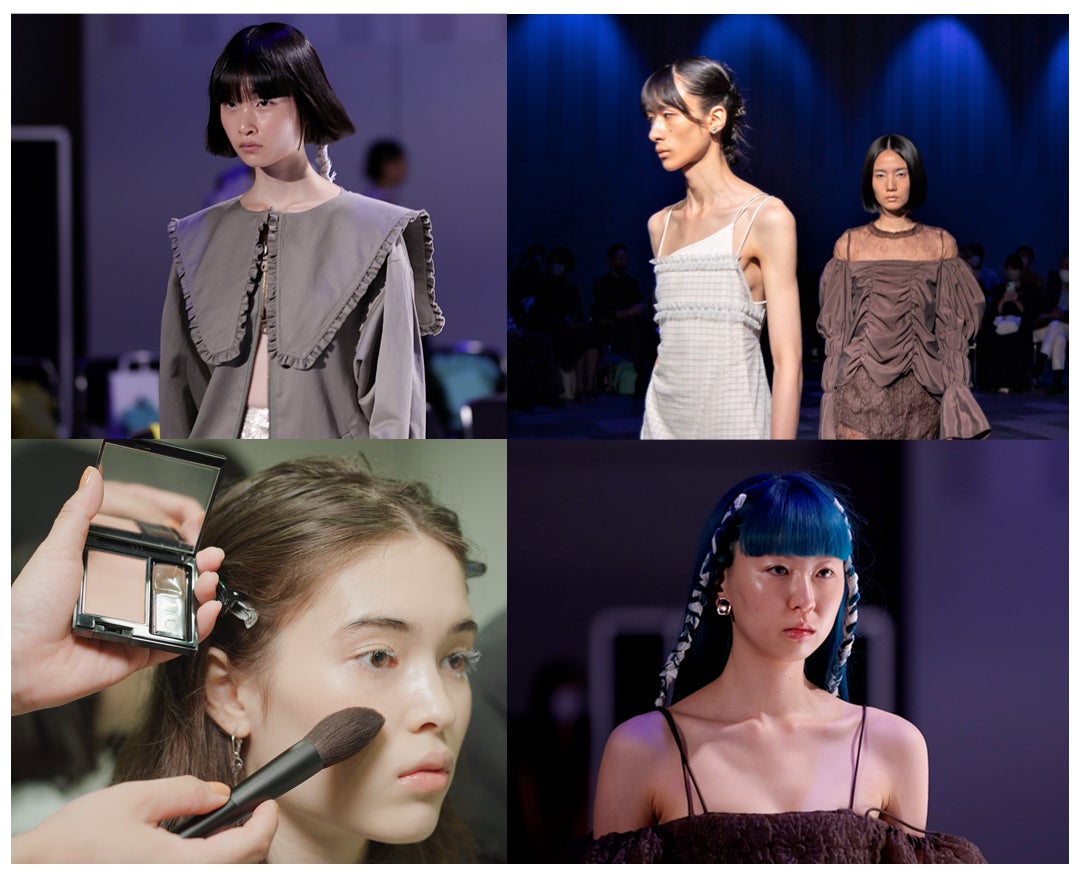 Mr. Takeshima, designer of “AYÂME”, and Mr. Kitajima, the developer and representative of MiMC, have the same thoughts as creators, so we were in charge of makeup support at the backstage of “Rakuten Fashion Week TOKYO 2023 S/S”. . In addition to hair and makeup artist WAKA ONISHI, MiMC’s exclusive makeup artist Takaya Nakanishi and MiMC beauty counselor also participated, and everything from skin care to makeup was completed with MiMC items.
Based on the theme of the collection of “strength to surrender”, the show expresses “a new adventure in life”. Inspired by the meaning of the effect, expressing one’s tribe and roots, the model’s individuality was enhanced with white paint eye makeup, stones and pearls in a balanced manner that suits each model. 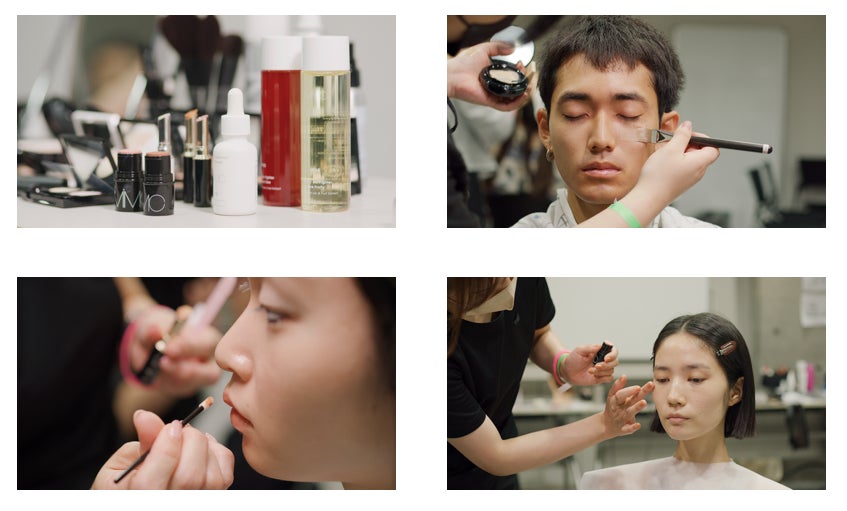 With a focus on “modern craftsmanship,” which incorporates the materials and techniques of craftsmen’s handiwork and unique twists and ideas, we pursue innovative originality, and rare craftsmanship and thoughts cultivated in each production area. A brand aiming to connect to the next generation.
Spring & Summer Collection 2023 develops a collection with the theme of “strength to entrust”. 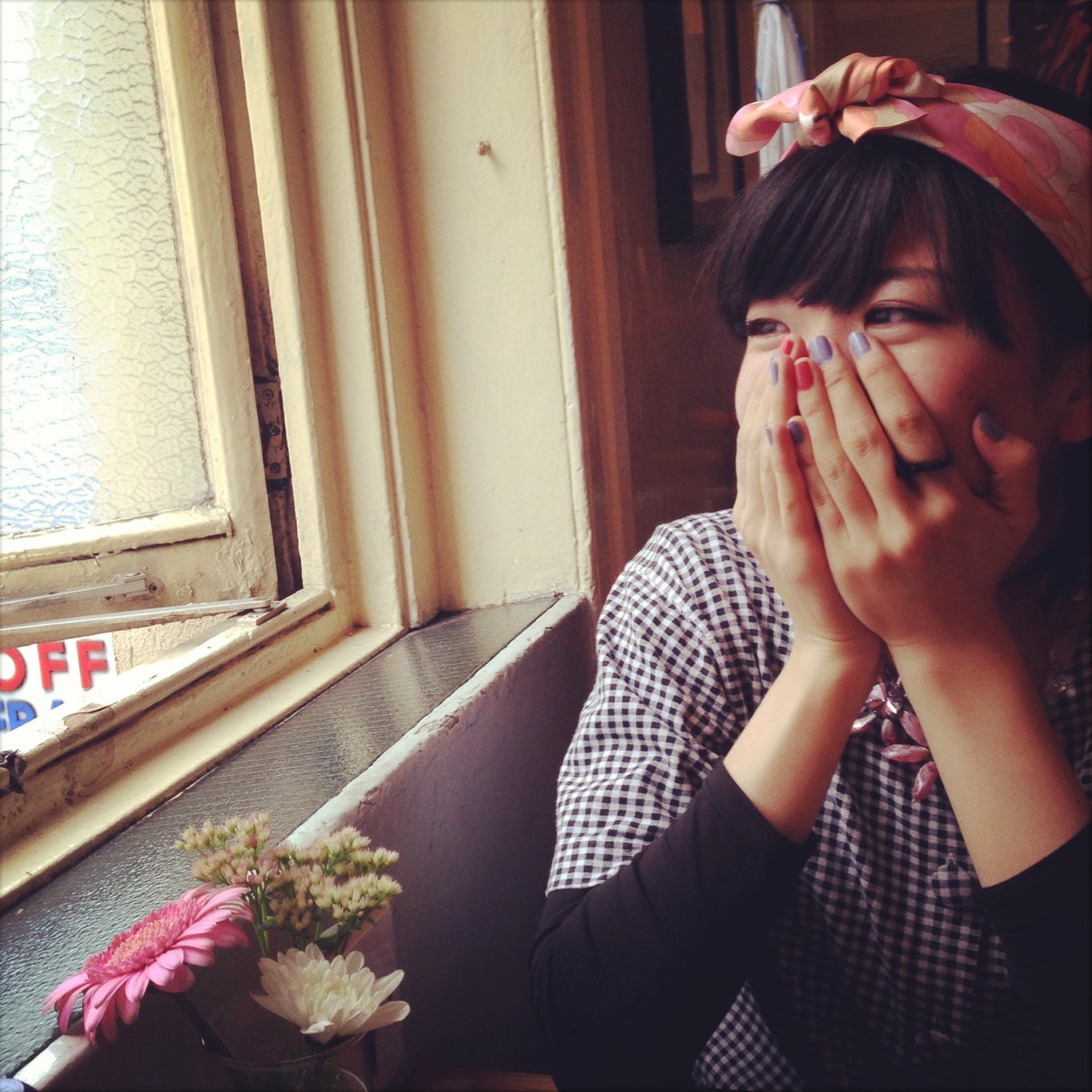 Aya Takeshima Designer of AYÂME
Graduated from the British Central Saint Martins bachelor’s degree fashion knitwear department at the top of the class. While in school, she moved to Paris and became the first Japanese to design textile embroidery at Maison Lemarie, a couture atelier under the umbrella of CHANEL. After gaining experience in knitwear design at KOCHÉ, he established “ayâme” in 2017 after returning to Japan. After a hiatus of several seasons, it will restart as “AYÂME” in 2021.

[Thoughts on the collection]
In this first physical show, we will express the form of “a new adventure in life” with the theme of “strength to surrender”.
A modern adventure by wearing materials and shapes that make people shine, and the “strength and kindness” that dwells in handicrafts. , I aimed for clothes that give me spiritual freedom. I wish I could feel the positive attitude that something is starting. Also, this time, I am very honored to have had a wonderful relationship with Mr. Kitajima of MiMC, and to have had the opportunity to create my first show with MiMC, who deeply sympathizes with my aspirations as a creator, and to have received support as a sponsor. I’m thinking 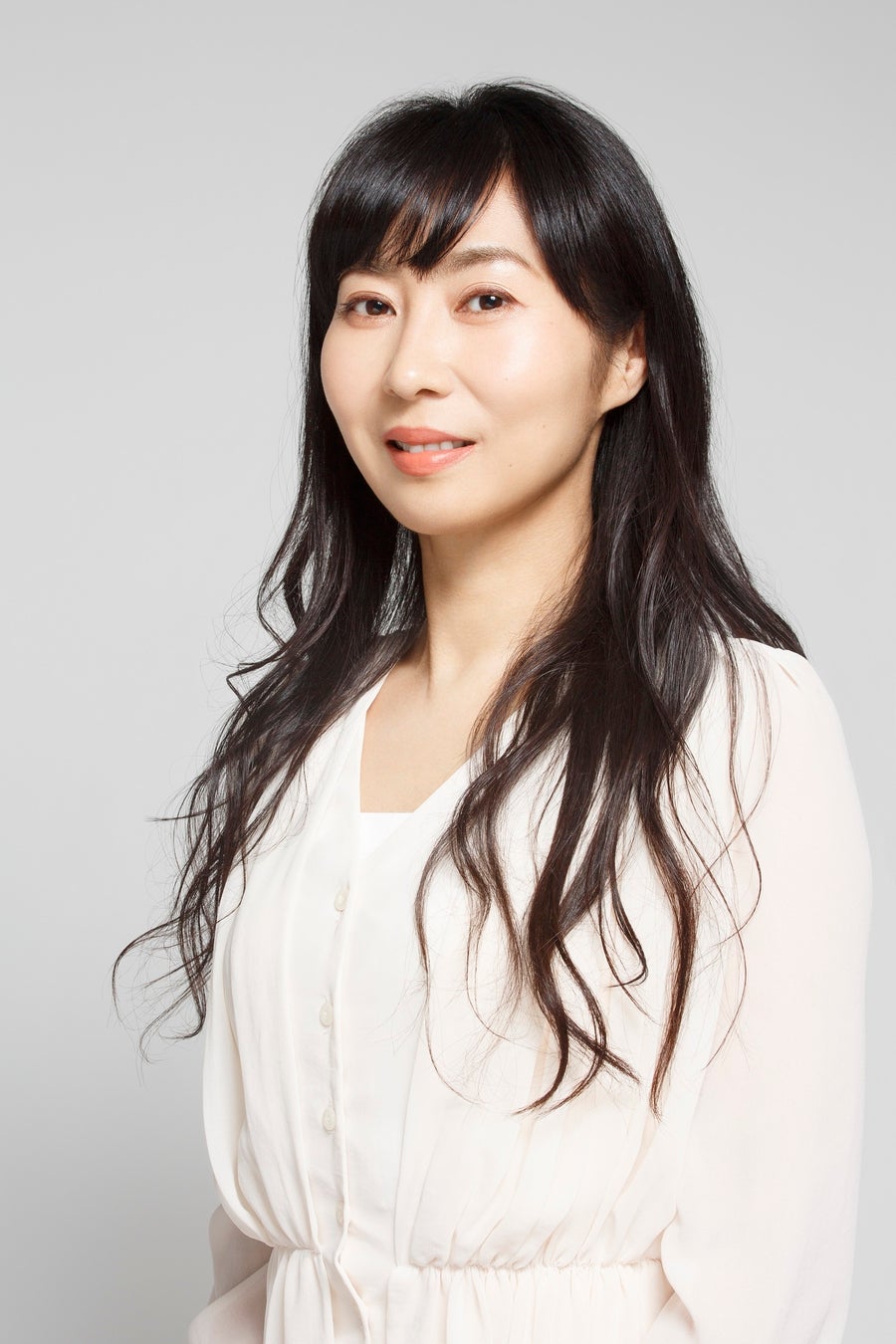 Hisashi Kitajima MIMC Co., Ltd. Developer and Representative Director
100% natural mineral cosmetics “MiMC” developer and CEO
Completed the doctoral course at the Graduate School of Science, Tohoku University. After working for a natural cosmetics company, she moved to the West Coast of the United States in 2001, where she studied organic cosmetics and advanced aesthetic medicine marketing. In 2007 she founded “MiMC”. In 2017, she published her beauty book “My skin became beautiful after I stopped cleansing” (Bungei Shunju).

[Thoughts on the collection]
This year marks the 15th anniversary of MIMC’s establishment. In this memorable milestone year, I was fortunate enough to meet Aya, hear stories about the stage and the theme of the collection, “Strength to entrust”. Impressed with the concept. As a creator with the same feelings, I strongly felt that I wanted to support the concept of “AYÂME” that Aya built up, the passion for Aya’s collection, and the world view through MiMC’s makeup, and create a stage together. It is a great honor to be able to participate as a backstage make-up brand in this memorable stage of participating in our first physical show as a brand. From now on, I would like to expand both “AYÂME” and “MiMC” to the world.

WAKA ONISHI/Hair make-up artist
After working at a salon, she became a hair stylist, and later learned hair and makeup.
2014 Moved to England. While studying fashion, hair and makeup, she was involved in local fashion magazines and various shoots, and also participated in overseas collections. After returning to Japan, she has been active in a wide range of fashion shows, magazines, catalogs, and advertising shoots.

“Fashion Week” is a fashion festival held twice a year in fashion cities around the world, where trends for the next season are born from the latest collections presented at fashion shows and exhibitions.
Among the world’s fashion weeks, those held in the five major cities of Paris, Milan, London, New York, and Tokyo, which have a large amount of information dissemination due to their history and topicality, are collectively referred to as the “five major fashion weeks.” , has great influence. The fashion week in Tokyo is “Rakuten Fashion Week TOKYO”. Organized by the Japan Fashion Week Organization (JFWO), it is held in March and August every year. Starting with the two official venues, Shibuya Hikarie and Omotesando Hills, as well as other locations in Tokyo and its suburbs, the latest Japanese creations that are attracting global attention will be presented.
https://rakutenfashionweektokyo.com/jp/ 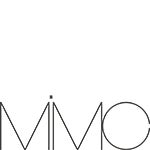 MiMC was born in 2007 by a female scientist, based on the concept of “bringing out the original brilliance with the power of nature.” It is the power of nature that brings out the natural beauty of the skin. As a clean beauty brand that does not use harmful ingredients and is completely committed to natural ingredients, it is not only good for the skin, but also has a premise of reducing the burden on the global environment. and texture products.