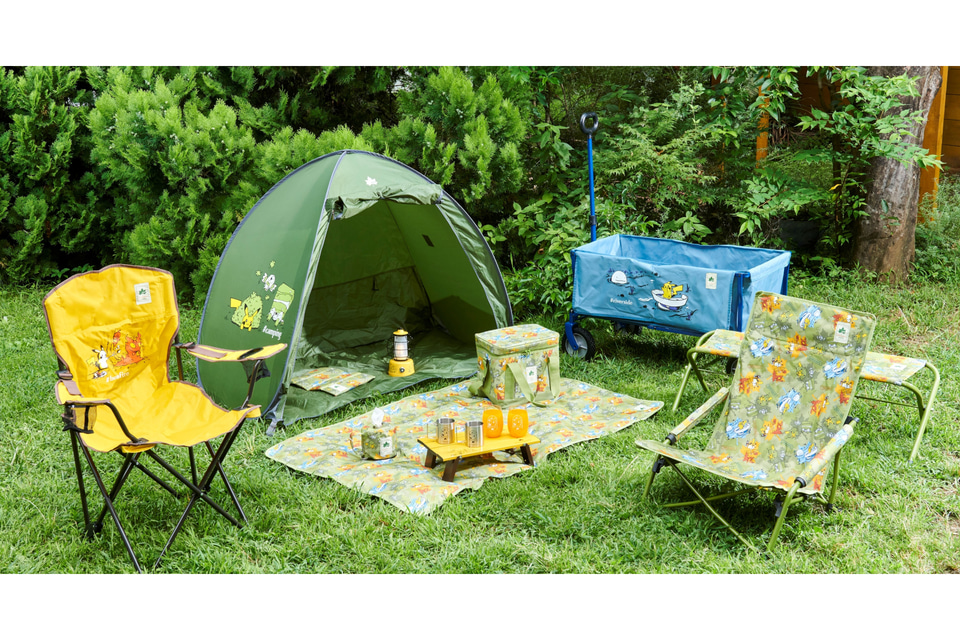 A total of 20 types of outdoor goods depicting Pokémon living in nature. In addition to the “four-fold cushion seat”, “pop shade”, and “soft cooler” released in the first series, there are also “carry carts” that are convenient for carrying camping goods, and “Agra chairs” that allow you to relax on a wide seat. , a lineup of new items that are easy to use in various outdoor scenes. In addition, we will develop items that can be used not only in outdoor scenes but also in a wide range of situations, such as “LED lanterns” and apparel that allows parents and children to enjoy link coordination.