There is a saying “Think Globally, Act Locally”.

The concept, which first appeared in Scottish urban planner and social activist Patrick Geddes’ 1915 book, is a term used in many contexts in a world of diverse and complex social issues. Environmental and social issues have no national borders, so it means thinking about what you can do not only for your immediate surroundings but also for the world as a whole, and actually taking small actions in your local area or community. It is included.

Will I be able to do “Think Globally, Act Locally” someday in some region? There is a program that I would like to deliver to those who have thought about such things. It’s a business school & audition “GREEN BUSINESS PRODUCERS” starting this fall.Hosted by Shizen Energy, which operates renewable energy businesses in various regions of Japan, this event is for people who want to take action and create businesses in the region.about 3 monthsprogram free of charge.

There are people who have worked for a while after entering society, but are still wondering what their role is, and people who want to take on a new challenge to create an attractive town together with the local people. This program gives you the chance to become a “Green Business Producer”. Let’s take a closer look.

What is “GREEN BUSINESS PRODUCERS” where you can learn while working?

The program will run from the end of November 2022 to March 2023 and will combine online lectures with off-site training in the region. Through five online lectures and fieldwork in multiple regions, you can acquire knowledge and experience related to local leader theory and the commercialization of regional issues.

The outline of the program is as follows.

*Some contents are subject to change

This program does not end with just looking at local issues from an outside perspective. While actually visiting the theme area and listening to the stories of the people who live there, we think about ways to create a better life together. And from a global perspective, we will provide the truly necessary support.That is the role of a “green business producer” who is active locally. In previous articles on IDEAS FOR GOOD, we have conveyed the importance of “Learning by Listening”.

In addition, online lectures are scheduled on weekday evenings and weekends, and off-site training, which involves visiting the community, is scheduled mainly on weekends, so it is possible to participate while working or going to school. The nice thing about taking on new challenges is that you don’t have to give up on your current job.However, as a general rule, attending all lectures and submitting all assignments are prerequisites for completion.

Mr. Naoto Takiguchi, who is in charge of this project and an executive officer of Shizen Energy, explains the background of the project as follows.

“I feel that the global climate change problem can only be solved locally.

Until now, we have been promoting renewable energy projects throughout Japan and overseas. The global challenge of climate change is made up of the accumulation of individual actions in each region. Conversely, it is necessary to create the next future from each region of Japan.

Whether it’s a power plant or a shop, if it can be a good mechanism for the local people, it will continue to exist. It can’t be.

On the other hand, there is a shortage of producers who can transform the potential of the region into value.If the lack of people is a barrier, I would like to recruit like-minded people to make the region better, so I launched the “Green Business Producers” project.”

After completing the program, to play an active part in “glocal” in the community

I would also like to mention that “GREEN BUSINESS PRODUCERS” is a business school and an audition for half a year to “gather colleagues to open up the future of the region and the earth together.”

Participating members who pass the final selection at the end of the program can, for example, be active in the community as members of Shizen Energy and receive support for local entrepreneurship and practice. In regions where Shizen Energy’s young employees have already started to play an active role, they are expected to play an active role as a leader who can think from a “glocal” (global + local) perspective.

This time, we received comments from Shizen Energy members who are actually active in the community. We will introduce it along with the attractions of the area.

A town that retains the appearance of a castle town in the natural scenery facing the Genkai Sea. With tourism as a key industry, the town will be developed with the aim of “good to live in, good to visit, good to work in.”Aggressive in introducing renewable energy and becoming the first wind power company to use renewable energyKaratsu City Minato Wind FarmThere is

“I had an environment where I could do what I wanted to do, and there were people who supported me in my challenges, so I left Tokyo and moved to Karatsu.

Now, I built a house in front of the sea and live in a mountain with weak radio waves. I don’t own a car, a bicycle, a washing machine, a range, or a rice cooker. I met a lot of opportunities to find what I want to do and notices. (I cut my Achilles tendon before the big event and it was fine.)

What has changed since I left Tokyo is that I have become more aware of altruism and mutual assistance. Because I’m just asking for help. I began to feel and think about being in the ecosystem of society and the environment. Because it touches the earth.

I think it would be great if both myself and everyone could find a place where they could say “Welcome home” and “I’m home”, even if they didn’t have any local or blood ties. I’ve come to think that it would be fun if there was more fluidity in both living and working.

Please come and see and feel it to see if it’s true.” 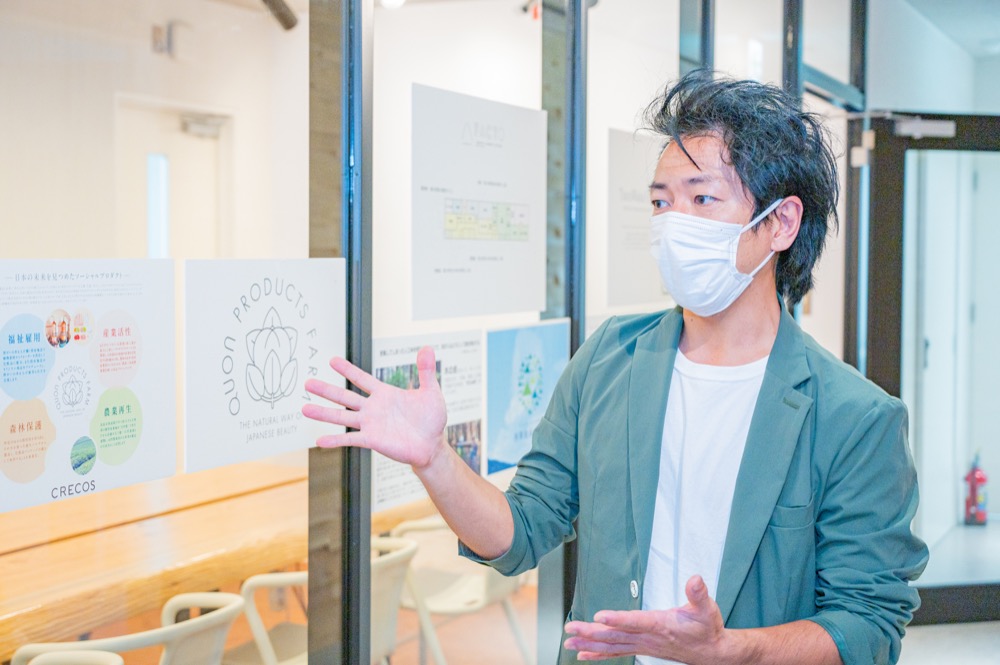 The city of the sea and the sun, which borders the Seto Inland Sea and has the sea, mountains, and countryside. The various places and projects that people who love the region have become famous places and attract tourists from all over the world. Shizen Energy is working with the community on a refarming project to revive abandoned farmland.

Higashi Katsukawa, a green business producer who is active in this area, made the following comment.

“I moved here without hesitation because some of my seniors from the same university enjoy working and living in Mitoyo City, Kagawa Prefecture.I’m from Chiba Prefecture, and I’ve been exposed to nature in my own way, but Mitoyo City is still comfortable to be surrounded by mountains and the sea.

Mitoyo City has an atmosphere where immigrants and locals alike can face each other and have fun. I’m interested in the ideal form of human society, and I feel that I’m at the very beginning of this process.

Today, we live in a world where urbanization, mechanization, and standardization are progressing, but if I put myself in such an area, I feel that I can return to a more essential way of life. I do origami as my life’s work, but here I can recognize the personality of the person, not just a title.I think that in communities that are physically close to each other, it is easier for people to interact with each other in essence.” 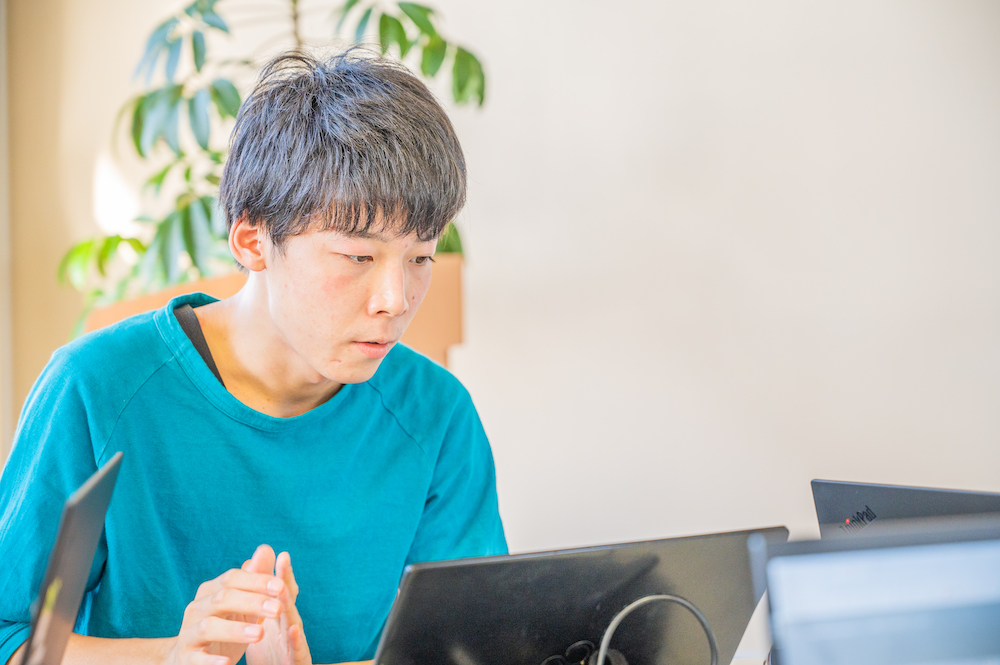 According to the official website, “In addition to these areas, it is also possible to consider a U-turn to the candidate’s hometown or dispatch to the current place of residence.”

What are the conditions for applying?

How to improve an area together with the people who live thereI need courage.Have (or want to have) a certain level of experience and business mindset as a member of society,It is suitable for people who want to create attractive communities and regions and who can find a clear role in the region.

Also, “suddenlyWe hope that even those who are unsure whether they can promise to be active in the community will participate,” says the company. During the fieldwork and workshops during the audition selection process, there are opportunities to talk directly with people from each region.People who want to check their feelings after stepping into the actual place and experiencing it are also welcome. 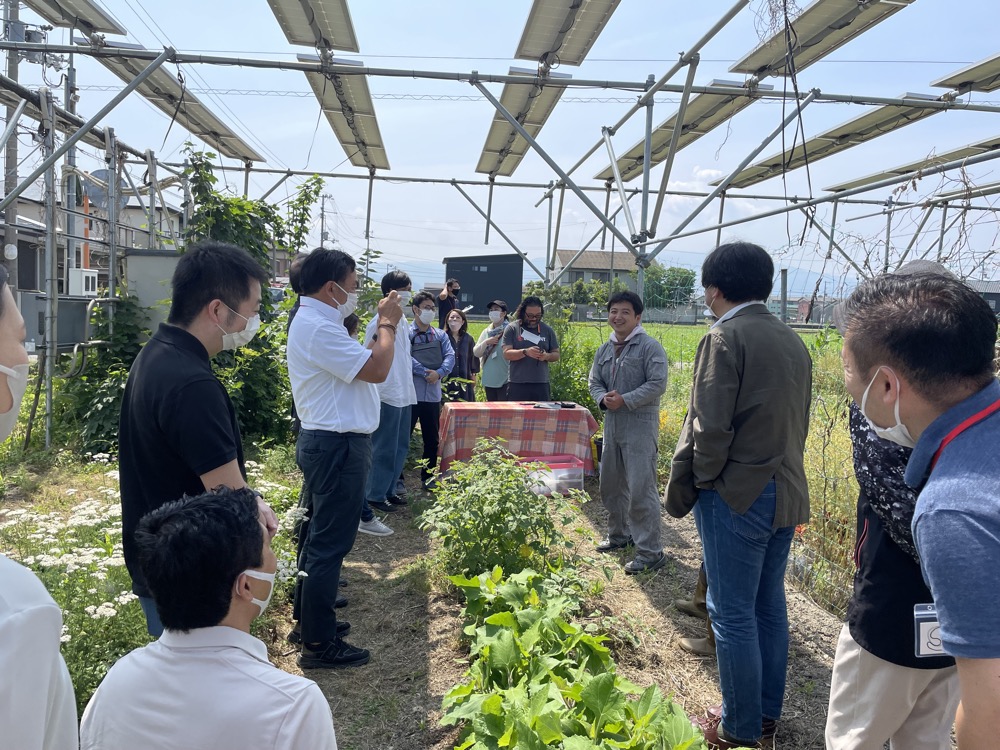 Other conditions are answered in the “Frequently Asked Questions” on the website, so if you are interested, please take a look.

The deadline for the first call for entries is September 30, 2022. If you can’t make it in time, we recommend applying during the second recruitment period from October 1st to 31st.Successful entries will be announced in November.

with this,The schedule for the online briefing session that has been decided now is as follows.

I wanted to do something about global issues and the society around me. I’ve been working here for a few years now, but I’m not sure if it’s okay to stay like this. This program is perfect for those people. How about trying to become a “green business producer” in your community?