Unprecedented charisma, Steve Jobs, who led Apple and opened the door to the IT society. He is very picky about everything, and is sometimes described as a temperamentalist and a tactician. How does Morley, who has been a Mac user for many years, see a man who has been colored by many legends!? 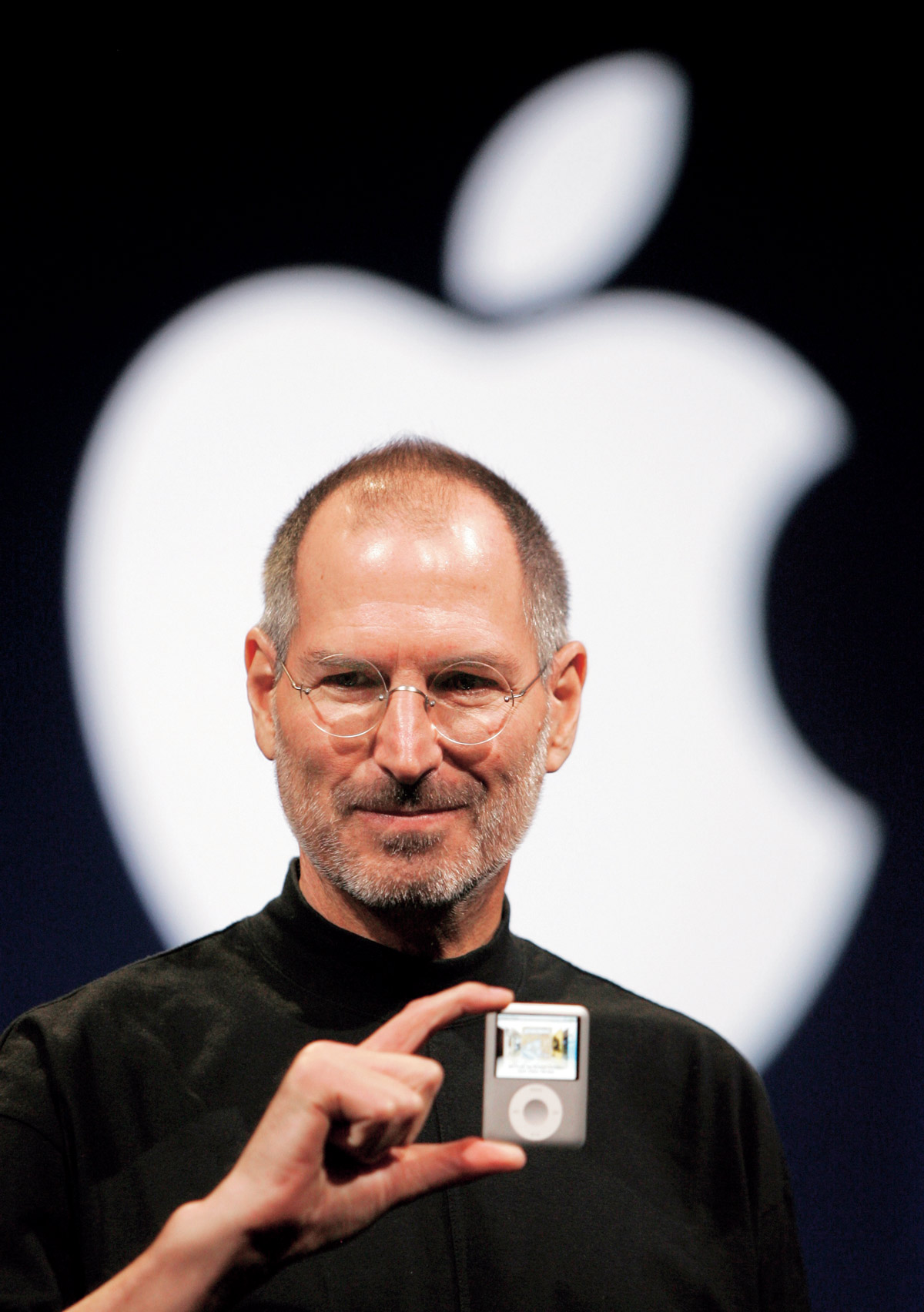 Steve Jobs introduces the third generation iPod nano in San Francisco on September 5, 2007. His presentation was even called “magic”.But he also famously rehearsed for hours on end before presenting.

Jobs revolutionized the computer, and I was excited about it. However, it cost money anyway because it was sold like a luxury brand. So if you buy the lowest price, you’re always missing something. Most users must have continued to experience the limits of processing power and functional limitations. On the other hand, wealthy people who bought high-end products do not use them much. That’s why Mac is “luxury that makes you feel poor”. There was almost no software in the early days, and what was sold was unstable. I’m trying to connect devices that use MIDI (a common standard for transferring and sharing performance data for electronic musical instruments), but this is extremely difficult. It was a platform that promised to connect, but without hacker-level knowledge, the theory couldn’t be realized.

That’s why the early Mac generation like me splurge anyway. There was a word “Mac poor”, but I used a lot of the radio fee I was appearing at the time. However, even if you buy various things, the operation is unstable and the promise cannot be kept. It’s a continuation. The image of “the future that can be seen a little more” comes first, and if this goes well, we will invest about 200,000 yen. However, in fact, it is said that at least 500,000 is necessary for that function, and it is impossible without a dedicated studio in the first place. It’s made to chase after a mirage. However, Jobs’ demos are always wonderful, and people are fascinated by their magic, or sleight of hand, and some even worship them. It’s his imaginary theme park. At that time, it cost about 100,000 yen to expand the memory from 1 mega to 2 mega. But nothing changes. Even if the memory increases, it still reads and writes at the speed of a floppy. I don’t understand anymore (laughs).

In the 1990s, Jobs was forced out of Apple and created a company called NeXT. It wasn’t a commercial success, but there was a national electronic music center in France, and NeXT workstations were lined up there. I bought a very expensive thing with the national budget and did hard calculations such as acoustics and reverberation. Load up with your own proprietary sound board. So I decided to imitate that, so I bought a board for nearly 200,000 yen and plugged it into my Mac. Perfectly bad. It sounded like a gameboy.

It was around the time Pixar released “Toy Story” that my longing and expectations began to cool down like a fever. I thought that slick feeling was going in the wrong direction. It’s like Apple’s culture of handcrafting in a garage has become a big capital thing. From our point of view, who struggled to make a single sound, don’t be silly, don’t be deceived anymore (laughs). Jobs’ dream is understandable enough, and I think it’s an interesting story for a bystander. However, the dream comes with a lot of trouble. That was all well and good in his time, but there must be more ways to capture the imagination of an individual in this day and age than a charismatic tale.

Jobs liked Zen, and I feel that he thoroughly pursued it. It’s amazing how it’s divided into mundane worlds and swallowed together. When he was forced out of Apple, he had the option of continuing his research as a leading researcher. But with a lot of ambition. It’s very interesting there. What I want to focus on is the direction and sensibility that he pointed, or rather, the degree of inclination. Acceleration rather than reaching point. I want to feel the maximum wind speed at that moment. Don’t settle for small, go out into the wilderness and go big. I believe that this spirit will probably be inherited by the people of India. Their open, bright energy is amazing. Serious innovation and the depth of expressive power may be moving to South Asia. To me, their power looks like Jobs.

Daughter Eve who is also active as a model is also the center of attention! 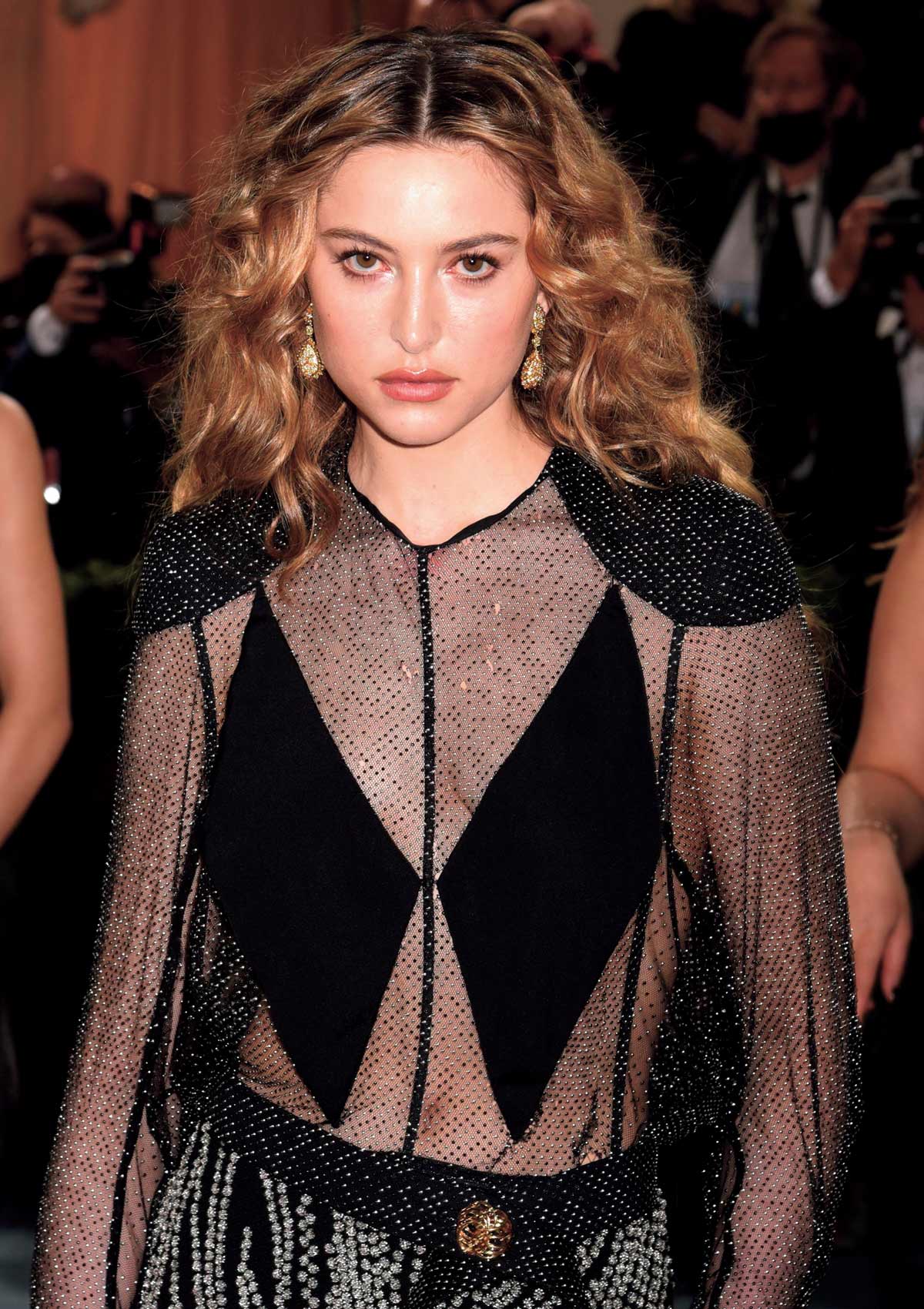 Jobs has four children, but the youngest daughter, Eve, is the focus of attention in the fashion world. She is currently 24 years old and has been working as a model since she graduated from college. She has been riding horses since she was 6 years old and she was ranked 5th in the U-25 world rankings. He was also scheduled to participate in the Tokyo Olympics, but he gave up because the event was postponed.She’s not only branded as her daughter to Jobs, she’s just as talented and charming as she is.

Speech at Stanford University is still talked about! 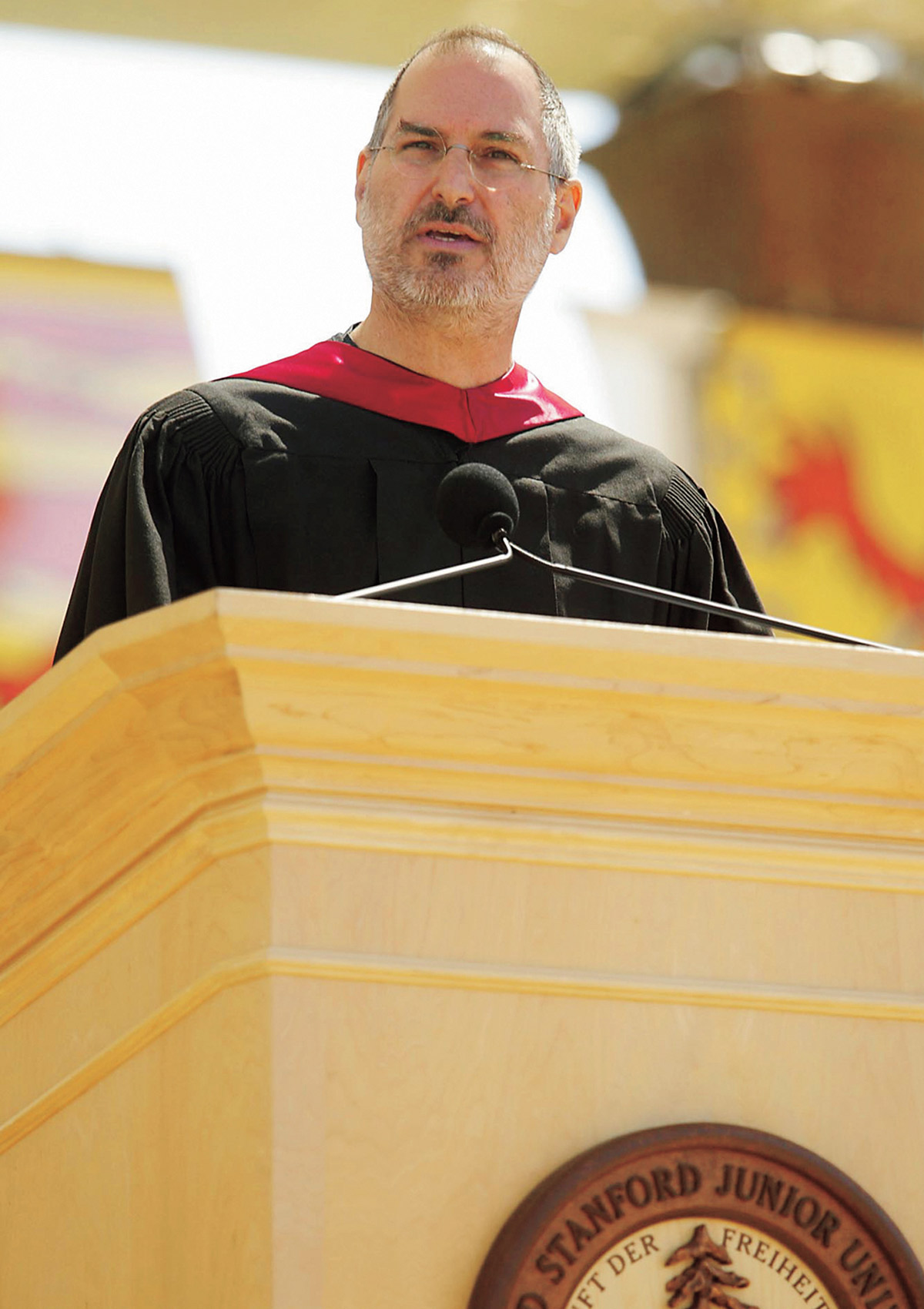 Stanford Commencement speech, famous for “Stay Hungry, Stay Foolish,” a quote from the final issue of a hippie magazine. It was done in 2005, when the cancer was already getting worse.

The history of Steve Jobs 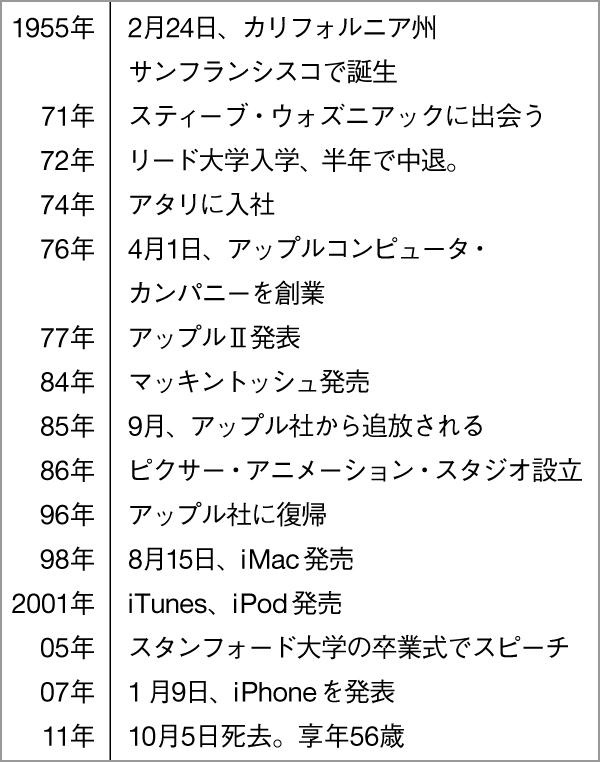 Jobs is a big fan of Bob Dylan. When he was in high school, he would go on road trips with Steve Wozniak, who was five years older than him, and buy bootleg records. Dylan’s songs and poems were used impressively in presentations by Apple Inc.

Curious topic!
Mr. Miyake, who was a close friend, passed away while being regretted. 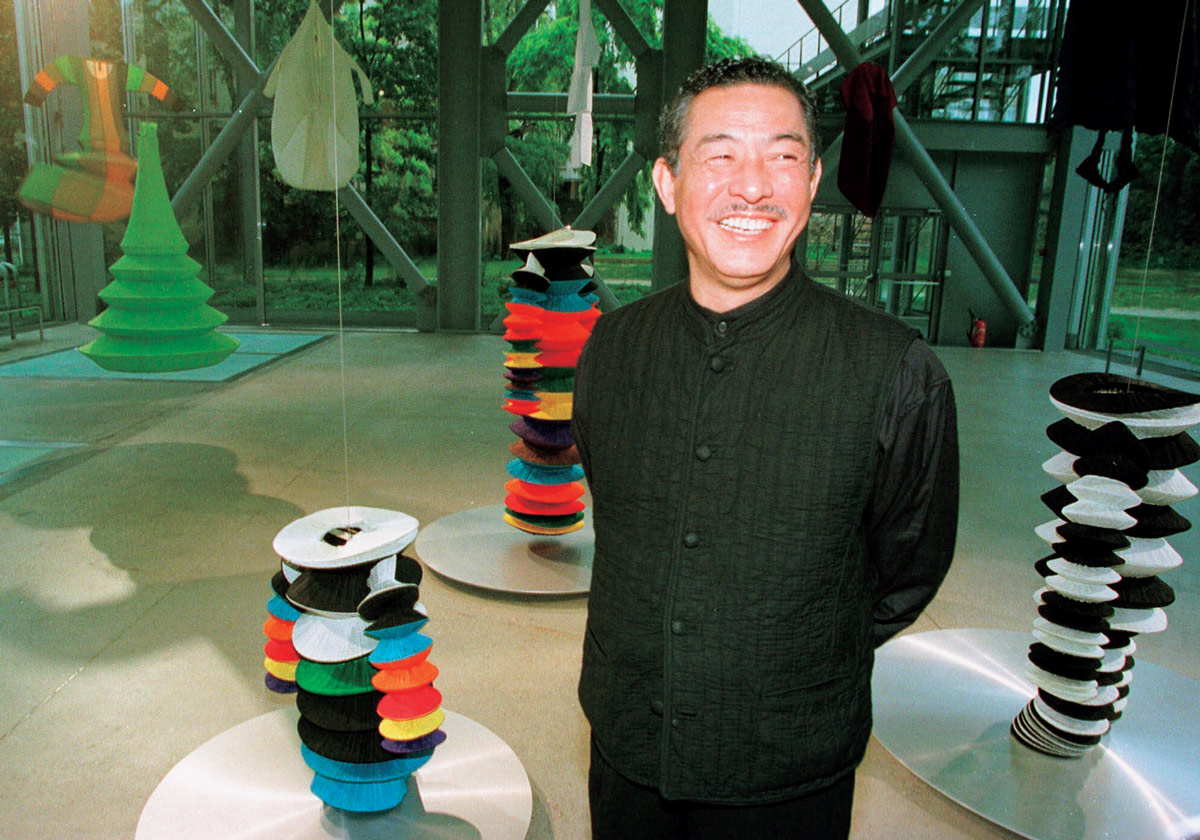 Jobs also attracted attention in fashion. He is especially famous for his favorite black turtleneck from 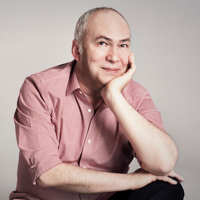 what you taught me
[Morley Robertson]
Morley Robertson
Born in New York in 1963. He was educated in both Japan and the United States, and passed the University of Tokyo and Harvard University. He now works extensively as a talent, international journalist and musician. He is also familiar with the regular appearance every Thursday on Nippon Television’s information program “Sukkiri”.

Degree of wanting to be this great man
44/100
I can’t go back to those days when I was floating in the heat!
“I respect his view of the world and his energy, and I live in the benefits of that, but he continued to receive all kinds of ‘promises’ with many users. No matter what I say, I can’t ride anymore!”

The previous “American Greats”
[Andy Warhol]What did the genius of pop art plot and what did he dream of!?


Follow us Get the latest information on Safari Online.

US latest aircraft carrier "Gerald R. Ford" with a total construction cost of about 1.9 trillion yen sails to the Atlantic | Business Insider Japan