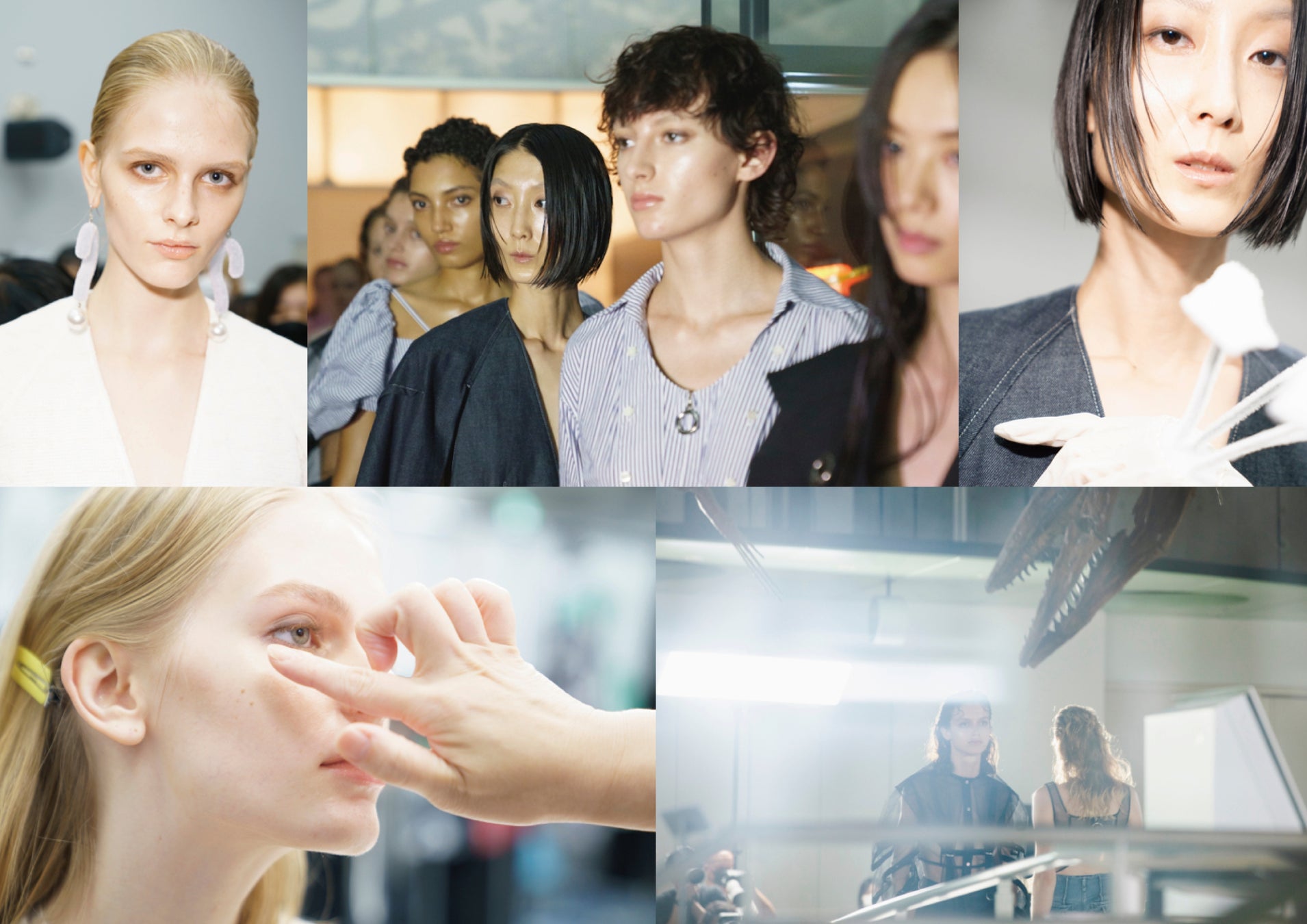 LUNASOL has expressed the brand philosophy “EGOISTIC-CHIC”, which has been renewed since 2019. In the background of being in charge of make-up for YOHEI OHNO, which was the first physical show in about 5 years, I was able to meet designer Ohno’s creations born from a wide variety of inspirations. I participated in this backstage because I thought that makeup might be born.
The keyword of the show is “space and time.” In the collection presented at the National Museum of Nature and Science, where dinosaurs and specimens are lined up, 28 types of LOOKs were announced, inspired by various “hints on modeling” that are not limited to time or place, such as octopus legs wieners and outer space.
Designer Ohno and LUNASOL’s search for the theme of makeup is “timeless beauty.” A total of 14 makeup teams were formed under the supervision of LUNASOL makeup artist Kiyoka Hirao to propose new makeup possibilities.

This is the first time we have worked with Lunasol, and after sharing the identity of each other’s brands, we decided to create something that would not be an expression as a “show” but a proposal for women living in modern times. I searched for a realistic female image.
This collection focuses on reconsidering the present moment and oneself within the fluctuations of time and space. I imagined a mysterious woman with many facets that makes you feel lost and anxious.
The impressive exhibits at the show venue, the National Museum of Nature and Science, and the shape of YOHEI OHNO’s clothes had already told us a lot, so how did Lunasol-sama express the above-mentioned female image so as not to clash with them? I think it was a difficult task, but the final makeup finish was very nice, and I experienced the professional work.

What we were particular about was skin with a glossy impression that stands out with a glass-like transparency. Produces a beautiful luster that shines on stage. 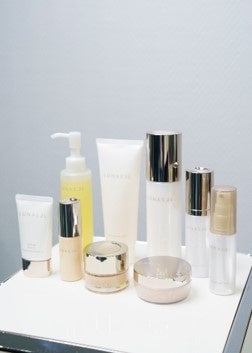 The tone is based on a basic nudie color, with a shimmering bluish light that evokes a sense of the future that transcends time and space. While taking advantage of the delicate luster of skin care and base makeup, we have incorporated a sense of playfulness by skillfully manipulating the colors. 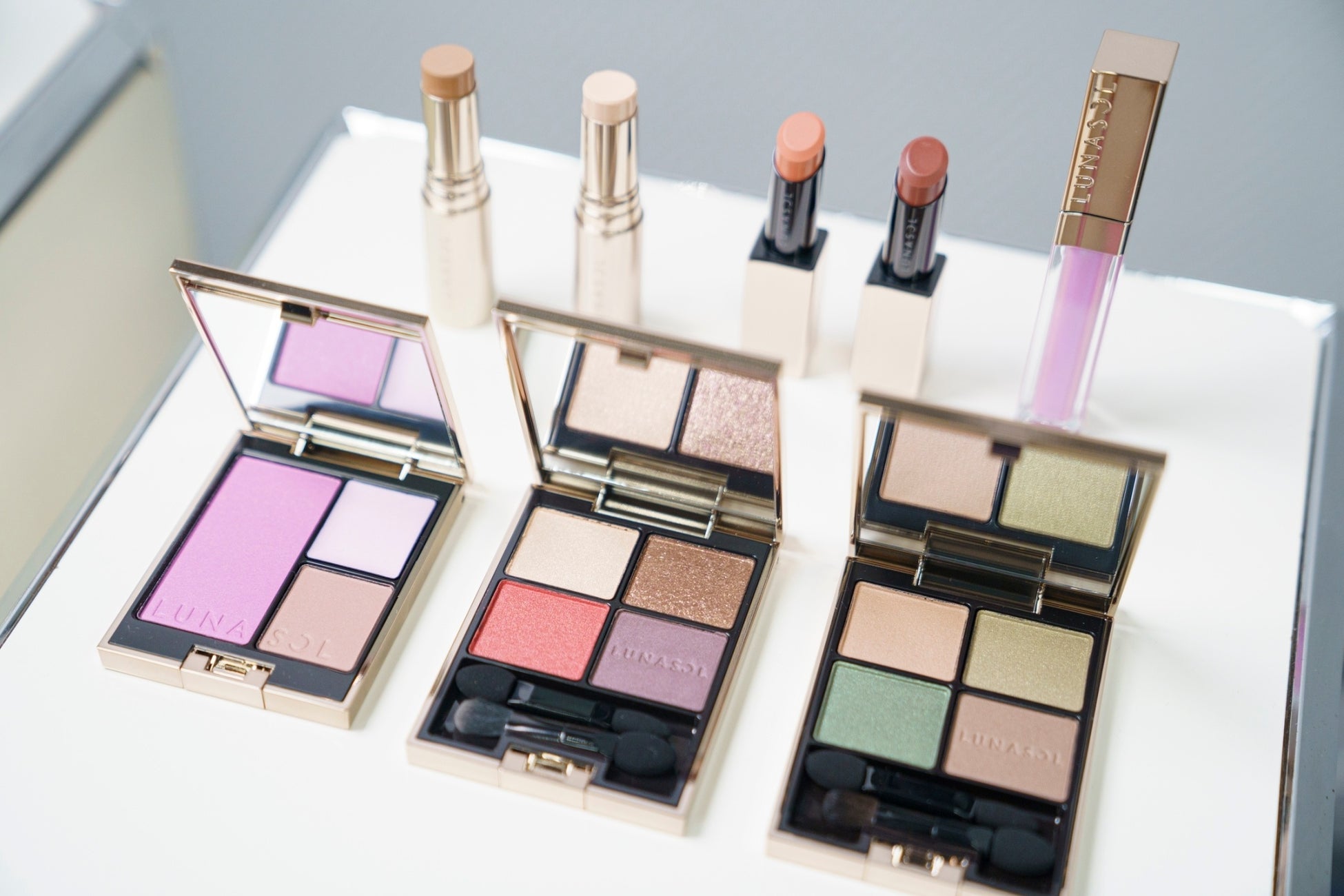 Based on the concept of “creating a unique form and practicality”, we take inspiration from art, architecture, sculpture and products from all over the world, and create new human images and lifestyles for the future through free use of materials and form approaches that are not bound by tradition. explore perspectives.

Designer Yohei Ohno learned the basics of making clothes at Bunka Fashion College, and went on to study at the Nottingham College of Art in the UK with the prize of a contest.
After returning to Japan, in 2015, he announced the first 2015AW collection as YOHEI OHNO.
2016 3rd TOKYO FASHION AWARD Winner
2017 First runway show at Amazon Fashion Week TOKYO 2017A/W
2018 Selected for Italian VOGUE “VOGUE TALENT 2018”
2018 International Woolmark Prize Finalist Selection
In addition to the 2019 seasonal collection, a new “DRESS LINE” will be launched.
2020 Started “3711 project” using dead stock kimono rolls

Rurika Miya's Essay "This fall, the vintage items I bought in Shimokitazawa are open to the public!" | marie claire

Our amulet jewelry that you want to wear every day. vol.8 SAKURA+MAYURI | VOGUE GIRL