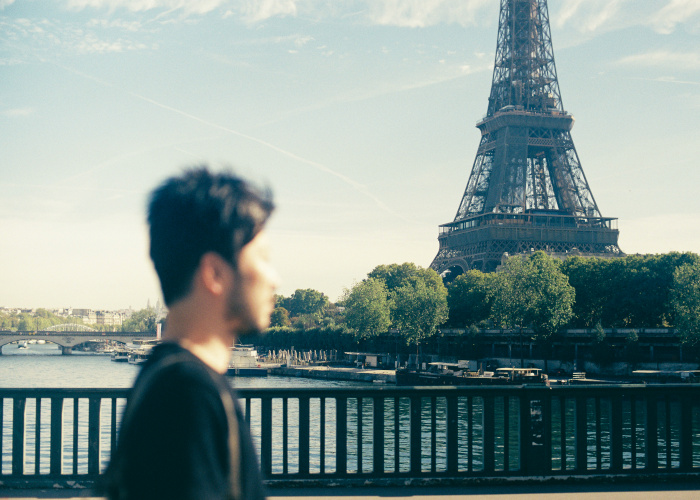 A new special episode will appear from the documentary film series “HUMAN ODYSSEY-It’s a journey around creation.-” by Hermès released in 2021. The 16th generation Kichizaemon Raku, a young leader of the prestigious Rakuya pottery, visits the workshop of Hermès and shows how he meets harness craftsmen and leather craftsmen. From November 3rd (Thursday), the “HUMAN ODYSSEY” site will be distributed and released at Le Studio on the 10th floor of Ginza Maison Hermès.

A documentary film series by Hermès released last year features seven creators, including calligraphers, architects, and musicians, who sincerely face manufacturing. Each of them visited various parts of Japan and drew a picture of encountering Japanese craftsmanship.

The main character of this new special episode is Raku Kichizaemon 16th, the young leader of the prestigious Raku family, which has a history of 450 years. He flew out of Japan and traveled from Kyoto to visit French harness makers and leather craftsmen, discovering the savoir-faire of Japan and France. This 25-minute film was captured by Daishi Okuyama, a creator who Hermès has been paying attention to for the second time since last year.

What kind of encounters will he have that will change him, who is focusing on making tea bowls that match modern life while placing his foot on tradition? This documentary film series, which reveals the importance of craftsmanship and the tradition of handicrafts, is a tribute to handicrafts. ”It reflects itself.

The splendor of the craftsmen’s skills cultivated over a long period of time and their spirit of inquiry are sure to resonate with the hearts of those who see them.