“Panicing: Gray Raven” will be broadcast live on Thursday, November 10, 2022. Please watch it. 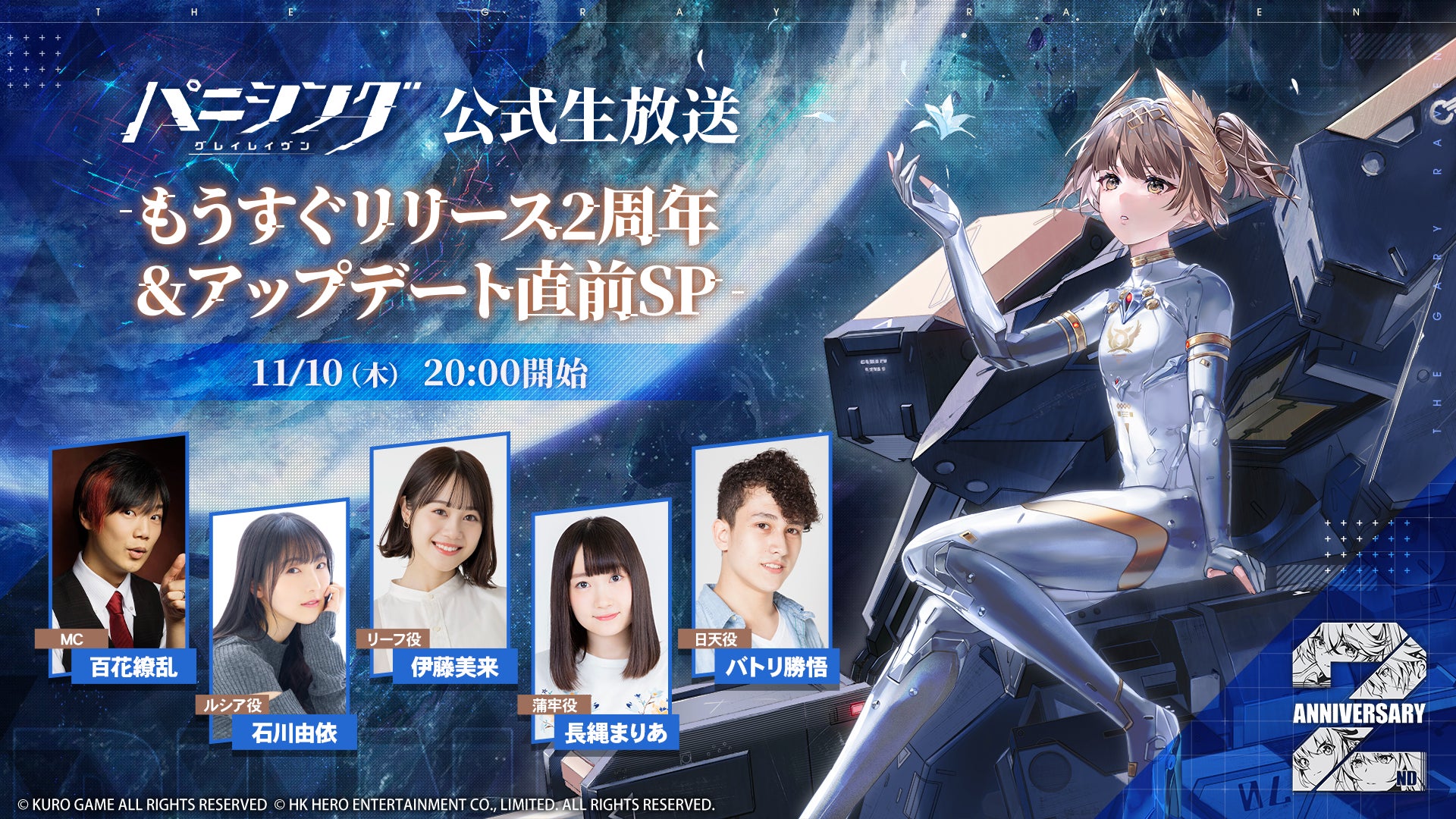 [Delivery date and time] Scheduled to start at 20:00 on Thursday, November 10, 2022 [Performers (titles omitted, in no particular order)]