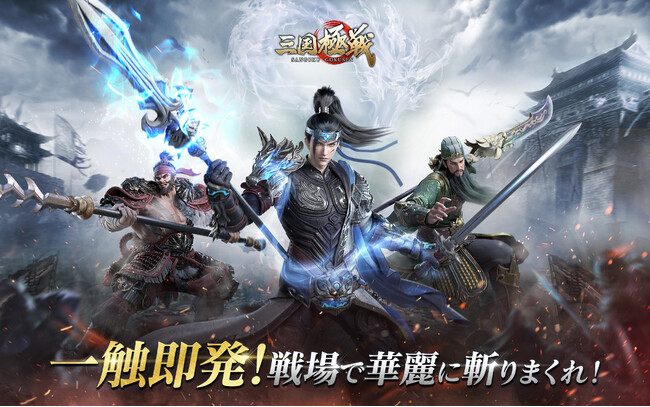 HK Hero Entertainment has announced that the number of pre-registered users for the Sangokushi action RPG “Sangoku Gokusen” (iOS version, Android version) has exceeded 200,000, as well as character introductions and a Twitter campaign for this work.

◆ What is “Sangoku Gokusen”?
A Romance of the Three Kingdoms action RPG developed by HK TAIHE INTERACTIVE LIMITED and published by HK Hero Entertainment. It has been distributed overseas ahead of time, and both the iOS and Android versions have been ranked within the top 10 in the app store rankings, and have been well received.

This work realizes high-level 3D graphics on smartphones, and realistically reproduces the world view of Sangokushi! You can enjoy powerful images as if you were watching a movie. The player becomes one of the three kingdoms warlords, and while reliving the various stories of the Three Kingdoms, you can experience the exhilaration of clearing the enemy forces with full-scale action.

◆Over 200,000 pre-registered users! More luxurious rewards!
The number of pre-registrations for “Sangoku Gokusen” has surpassed 200,000. Along with this, the in-game item rewards distributed to all customers at the time of the official release have been increased.In addition, everyone who pre-registered will receive a Japan server limited icon frame, original treasure x 888, and a rare military commander “Daiko”!See the link below for details.

◆Daily campaign is underway on official Twitter!
The “Sangoku Gokusen” official Twitter account is currently holding a release countdown campaign where you can win a 1000 yen Amazon gift card specially designed for each warlord and colored paper signed by the voice actor in charge by lottery. A different military commander is introduced every day, so check it out. 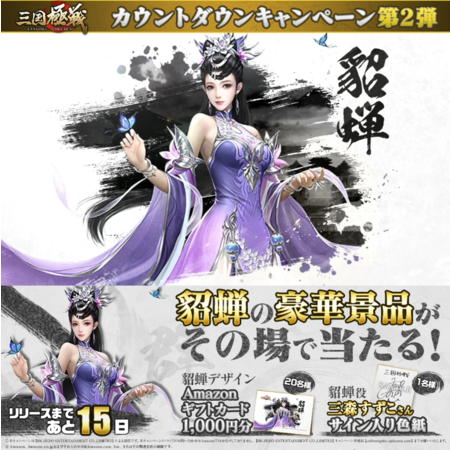 It is an exhilarating action RPG in which you operate a character from Sangokushi, run around the town of Luoyang and other places, advance the story, and mow down enemy forces one after another on a vast battlefield. 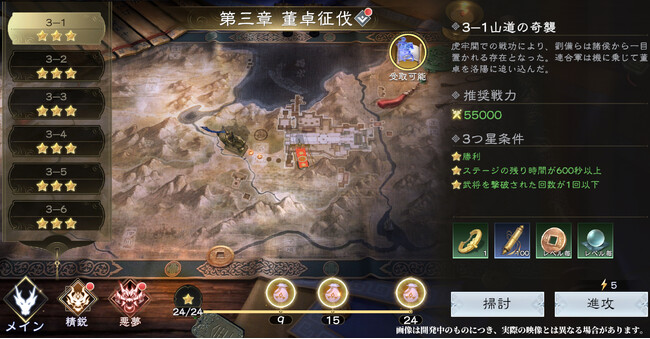 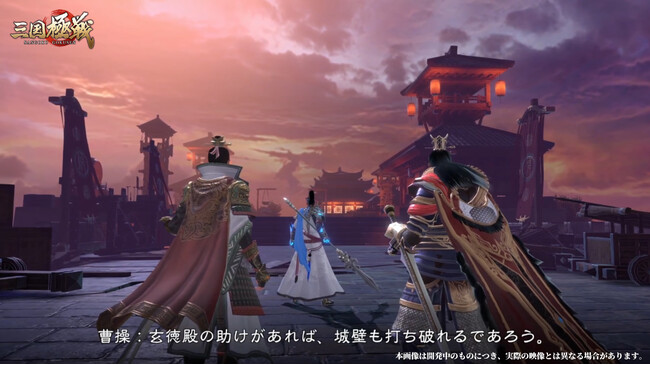 Real-time PvP “fair competition” that fights on equal terms
In addition to the main scenario where you can enjoy the story of the Three Kingdoms, this work implements a PvP mode “fair competition” that allows players to compete against each other. There is a feature that automatically adjusts so that the status of both warlords is the same. By eliminating the difference in fighting power due to character development between players, you can enjoy a tense battle that depends on each other’s play skills. 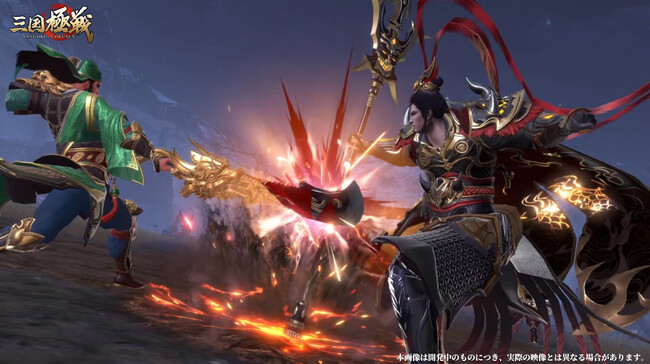 November "GiGO" 39 stores are born one after another, mainly in Kansai, Chugoku-Shikoku, and Kanto | Press release of GENDA GiGO Entertainment Co., Ltd.