A Romance of the Three Kingdoms action RPG developed by HK TAIHE INTERACTIVE LIMITED and published by HK Hero Entertainment. It has been released overseas ahead of time, and both the iOS and Android versions have been ranked within the top 10 in the app store rankings, and have been very well received.
This work realizes high-level 3D graphics on smartphones, and realistically reproduces the world view of Sangokushi! You can enjoy powerful images as if you were watching a movie. The player becomes one of the three kingdoms warlords, and while reliving the various stories of the Three Kingdoms, you can experience the exhilaration of mowing down enemy forces with full-scale action. 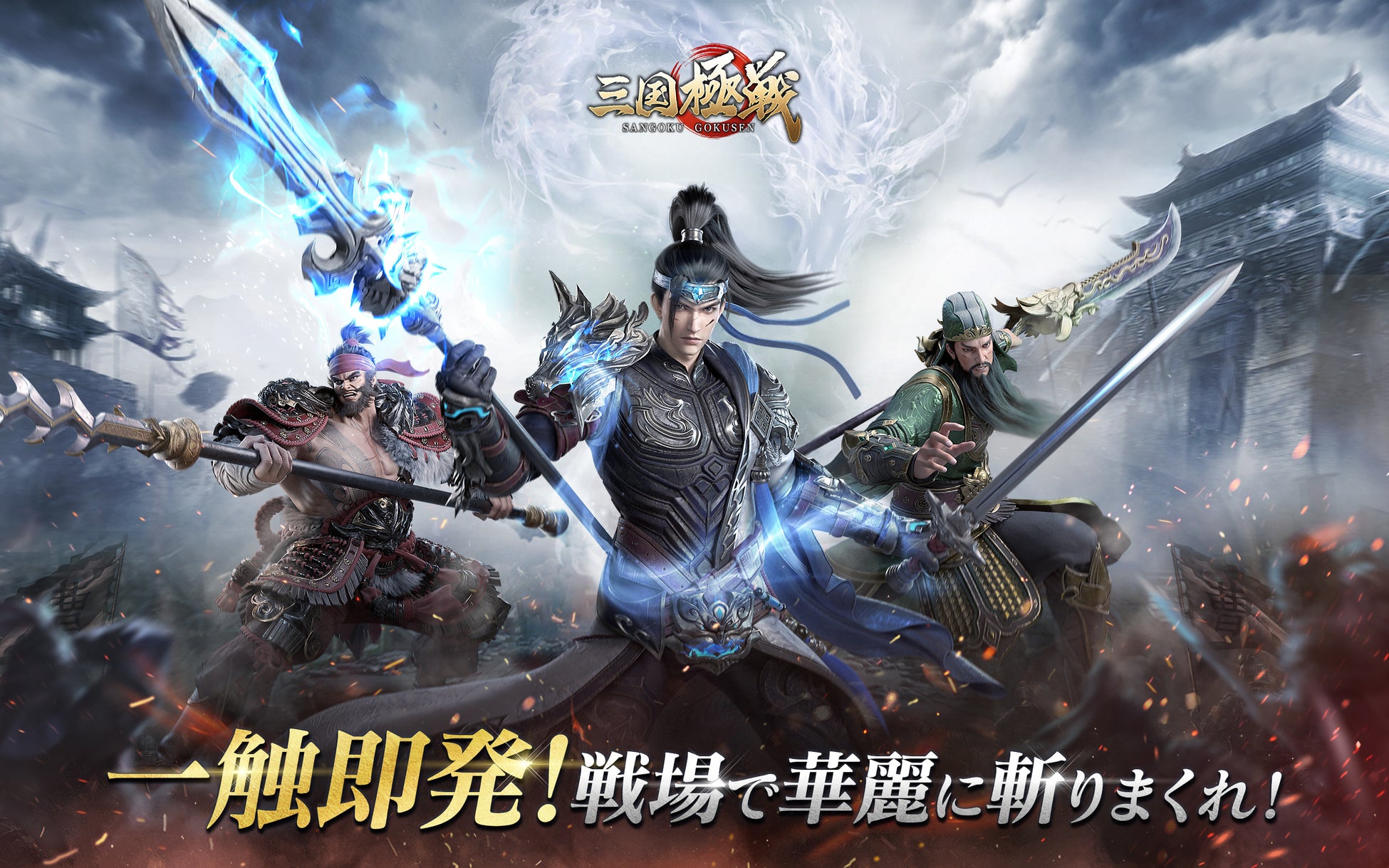 “Sangoku Gokusen” will be broadcast live on Monday, November 21, 2022. We will introduce the charm of “Sangoku Gokusen”, which will be released soon, so please watch it. 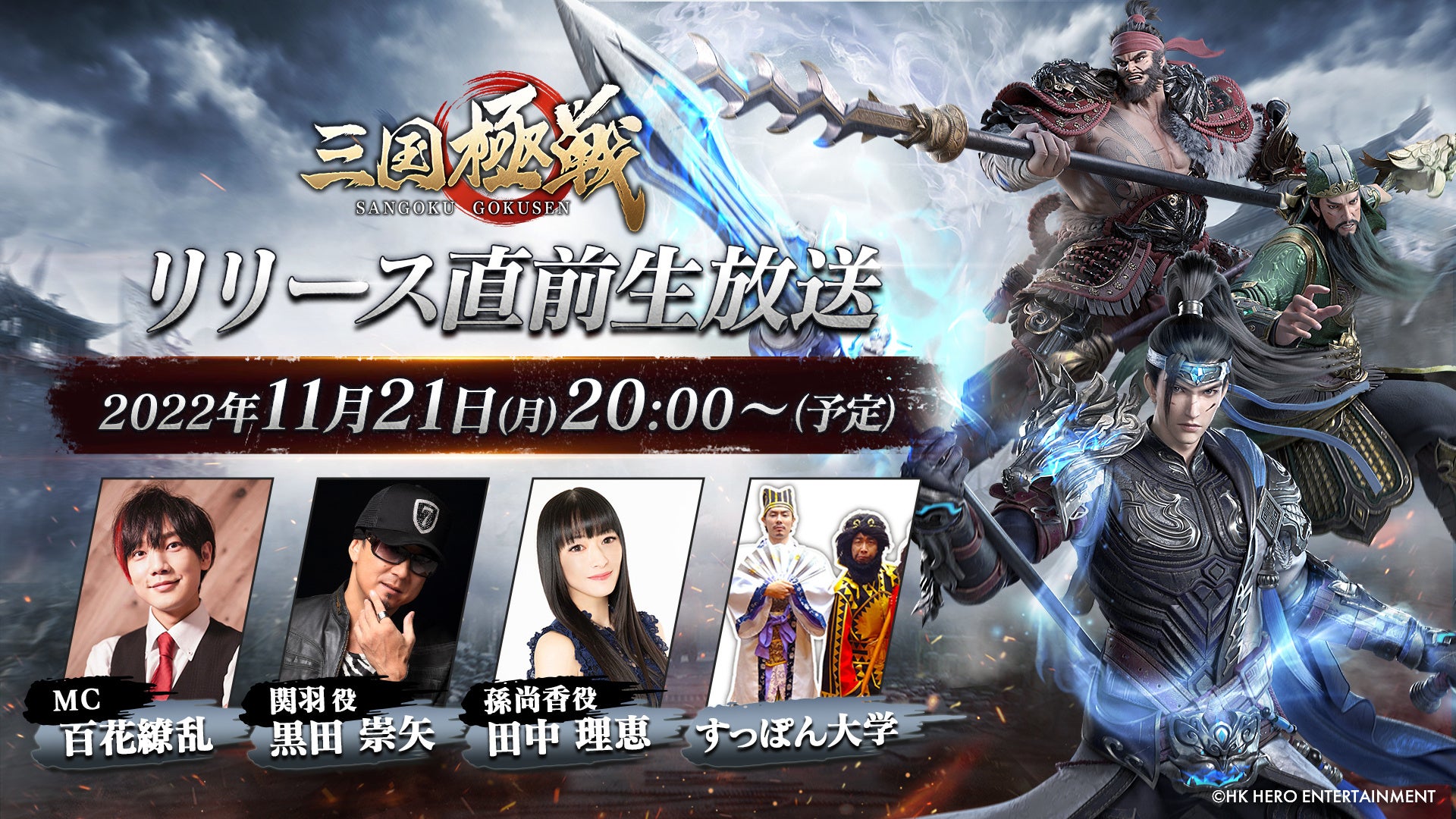 [Delivery date and time] Scheduled to start at 20:00 on Monday, November 21, 2022 [Performers (titles omitted, in no particular order)]