By 2022, the global gaming population will exceed 3 billion. It is a well-known fact that the big community that includes this overwhelming number of users has exploded due to the shift from console-type to online.

With the increase in the number of players, the e-sports market, which used to be a niche competitive scene, has also grown, and according to the Ministry of Economy, Trade and Industry’s calculations, the global market is now 200 billion yen, and Japan alone is expected to reach 10 billion yen. E-sports teams are still being born one after another all over the world, but on the other hand, the business model has changed from relying on “competitiveness” such as prize money and displaying sponsor logos to a model that focuses on content and the gaming community. is changing. Major teams have come to retain their power as media by making the most of the “fan community” of e-sports teams, such as utilizing streamers who distribute games, managing entertainment events, and developing lifestyle brands.

Marubeni, a general trading company, took notice. “E-sports will become a sustainable business over a span of 10 to 15 years,” says Yuki Namimatsu, who is in charge of promoting Marubeni’s new business and is in charge of the Investment Management Department at the Next Generation Corporate Development Division.

In 2021, Marubeni announced a capital and strategic alliance with London-based global top esports team Fnatic. What Marubeni expects from them is their value as “media.” Mr. Namimatsu believes that Fnatic, which now has a rare influence on the next generation of consumers, centered on Generation Z, will become a powerful marketing asset that can reach younger users. He will be on stage at the “DIGIDAY GAMING & esports FORUM” held on October 7, 2022. He talked about the business potential of esports and Marubeni’s strategy there.

Why Marubeni is investing in esports

There are many examples of advertising agencies, operating companies, professional sports teams, etc. investing in esports in hopes of creating synergies with their existing businesses. On the other hand, Marubeni is a general trading company, and is promoting a wide range of businesses globally, including electric power and energy, food, finance, and aircraft.

In addition, the company will allocate resources to next-generation business development to create business models in untapped growth areas. Its areas of focus are wide-ranging, including blockchain, smart cities, healthcare, wellness and beauty. Why did Marubeni focus on esports when there are countless options? Mr. Namimatsu says that he arrived at the result of raising the resolution of the new business with three keywords.

Fnatic is more than just a professional esports team

Then, what was the point of forming a capital and strategic alliance with a team called Fnatic in the e-sports field that Marubeni has such high expectations for?

Fnatic is an esports team founded in 2004 based in London. Our professional players are active all over the world, boasting over 200 victories in 30 titles. In addition to having exchanges with Japanese e-sports teams since 2019, before the corona disaster, they have advanced to Japan in both business and competition in 2022, and have many enthusiastic fans. What makes it unique is that it not only produces excellent players, but also has high content production capabilities, develops products such as gaming hardware, and owns them as its own IP.

In other words, it is not a so-called “athlete group” in the competition scene, but also a content servicer that sees the e-sports and gaming market as its main business area and approaches users. This matched Marubeni’s expectations.

“They have their own studios, and their video production is at a professional level in everything from planning, shooting, and editing,” continues Mr. Namimatsu. “In fact, its streaming content is the second most watched esports team in the world. We also produce global brands and sponsored content, and have a track record of reaching Generation Z. We are developing our business with the concept of

The important thing for brands and advertising businesses is where the highly engaged users are. One of those “places” is the media, and enthusiastic Gen Z fans are in the media of Fnatic’s “players” and “teams.”

“That’s the value itself, and that’s why we invested in Fnatic. In esports, there are players, publishers, organizers, etc., and that’s where the ecosystem is built. But it’s not the ecosystem itself, it’s the players We believe that teams and the content they produce are the source of engagement.” 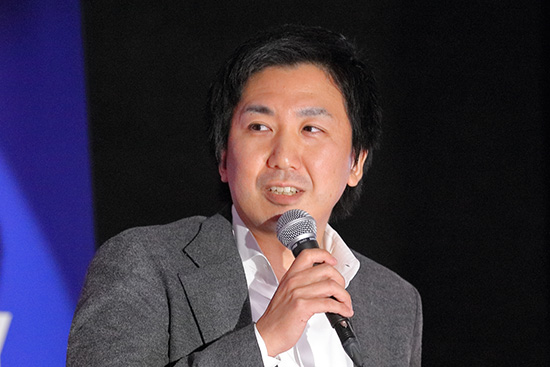 Can the enthusiasm of “dots” spread to “planes”?

Expectations are high for Fnatic as a marketing asset. Overwhelming engagement with players is attractive to many brands and companies. For example, there is a high probability that very high-precision information can be obtained from a single market research questionnaire. In addition, we can receive real feedback from Z generation and α generation who are digital natives and have many information channels.

On the other hand, in order to increase the number of users with high engagement, it can be said that it is a future task. In other words, it is necessary to increase attractive “points” in areas different from the past and turn them into “surfaces.”

Mr. Namimatsu also talks about the challenges, saying, “The market is still in the process of growth, so we need to increase the number of fans.” When evaluating its performance as a marketing tool, limiting it to the competitive scene limits the number of fans it can reach.

However, Marubeni has already taken the next step. In February 2022, he will participate in the professional league “Rainbow Six Japan League” as Fnatic. Then, in July, the team was formed with “Apex Legends”. Also, in August, SPYGEA, a well-known Japanese streamer, joined the group. In the Japanese market, which has its own game culture, the global brand Fnatic is steadily increasing its assets, leading to an increase in Fnatic fans.

In fact, before the capital and strategic alliance with Marubeni, the number of Twitter followers was about 30,000, but now the number of followers of the team and players has increased to about 1.4 million. Mr. Namimatsu is confident of future growth, saying, “I don’t think this momentum will wane yet, so I’d like to solve the problem of reach.”

Not only engagement, but also cost performance

In addition, Marubeni has set a goal to grow Fnatic into a media that not only has high engagement but also has high cost performance. To that end, Mr. Namimatsu points out, “In addition to improving the number of reach, it is necessary to build a system that makes it easier for brands and companies to make decisions.”

One example is audience data in the United States. Comparing those who like esports and those who don’t, it is said that many of the former have bachelor’s degrees and have households with an annual household income of 10 million yen or more. Based on a certain number of reach, it is also essential in marketing to increase engagement for brands and companies by accumulating indicators and effect measurement based on such data.

“Esports is attractive not only in terms of fan engagement, but also from a business perspective. The data I mentioned earlier is already being used in the United States. I believe that Marubeni still has a lot of room to grow Fnatic into a medium that benefits both fans and companies.”