“Sangoku Gokusen” officially started service from 12:00 on Thursday, November 24, 2022. We have prepared a variety of content that will give you luxurious rewards, such as login bonuses and limited events to commemorate the release. Please experience it. 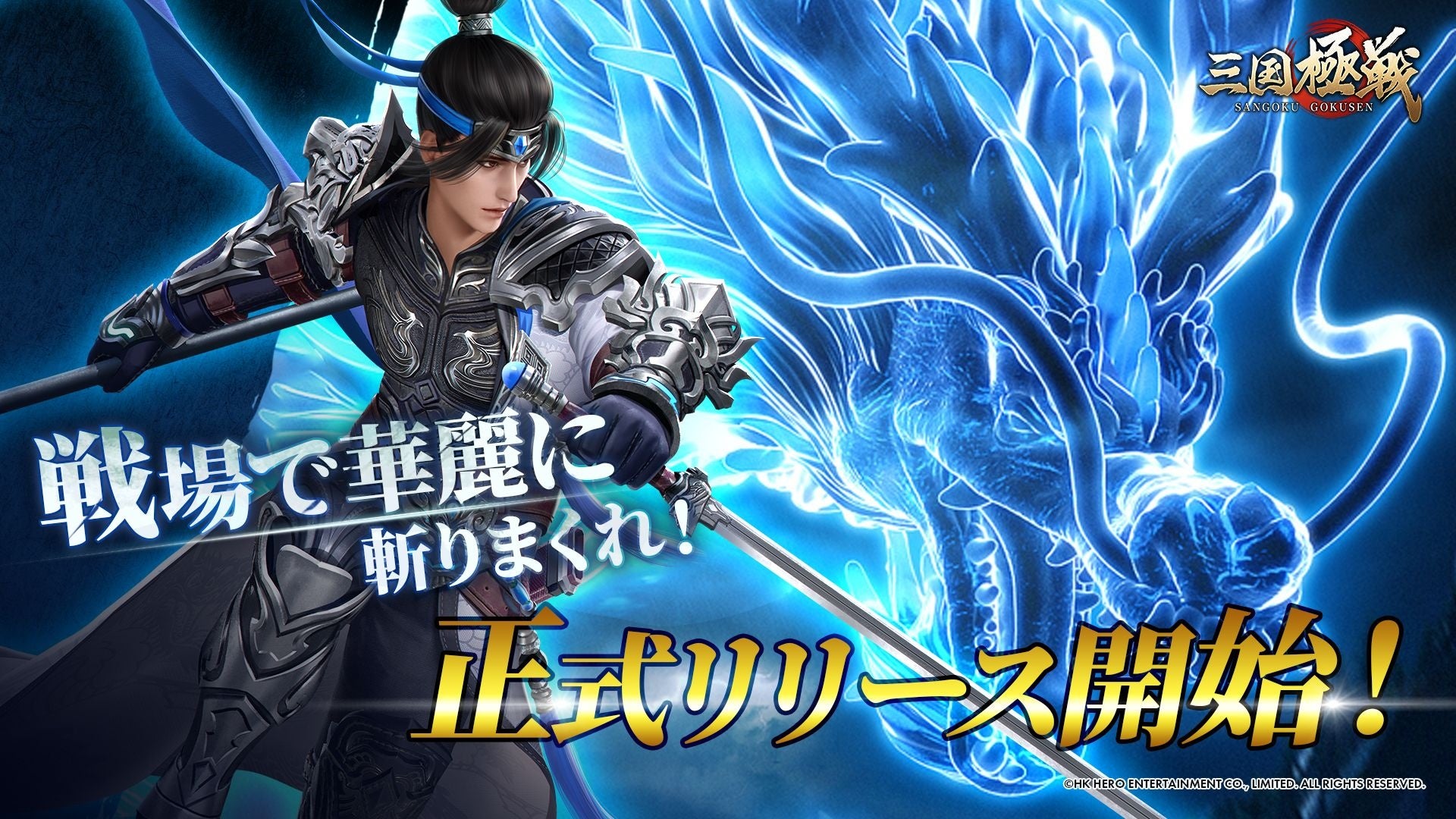 ◆ Release commemorative benefits! Distribute tickets for up to 100 gachas!

◆Limited time event! Zhao Yun and exclusive items are available!
In the limited-time mission event “The Beginning of Conqueror,” which will be held for 90 days from the first day of login, you can acquire 1 popular military commander “Zhao Yun” by completing the mission for 7 days. Also, if you complete all the missions, you can get a set of items that can be equipped to Zhao Yun, such as Zhao Yun’s exclusive warhorse, exclusive weapon appearance, and appearance (skin).
*Please check the event details in-game. 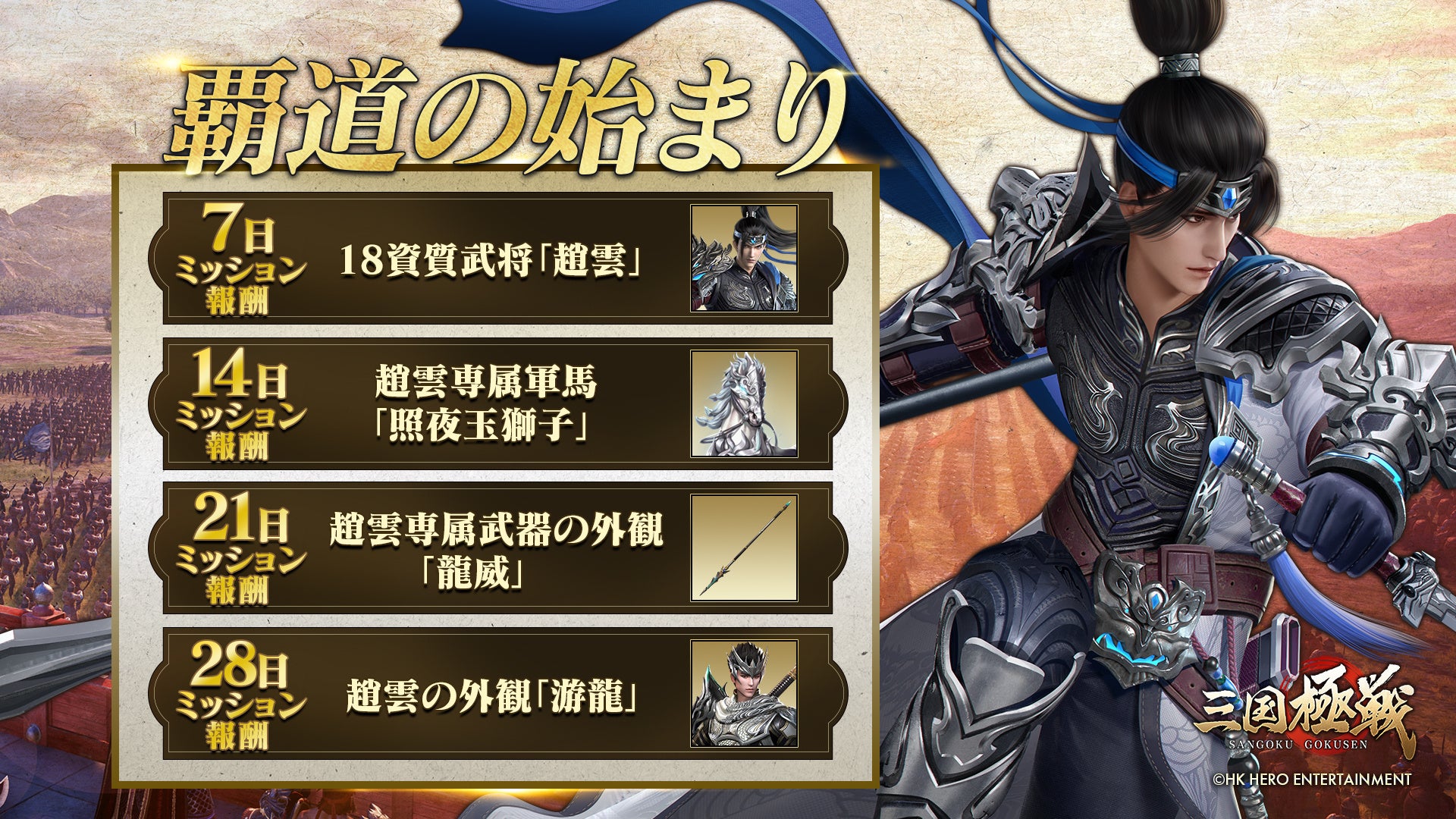 A campaign to win an Amazon gift certificate is being held on Twitter!

To commemorate the release of “Sangoku Gokusen”, the official Twitter account (@Sangoku_Gokusen) is holding a campaign to win an Amazon gift certificate. Please join us! 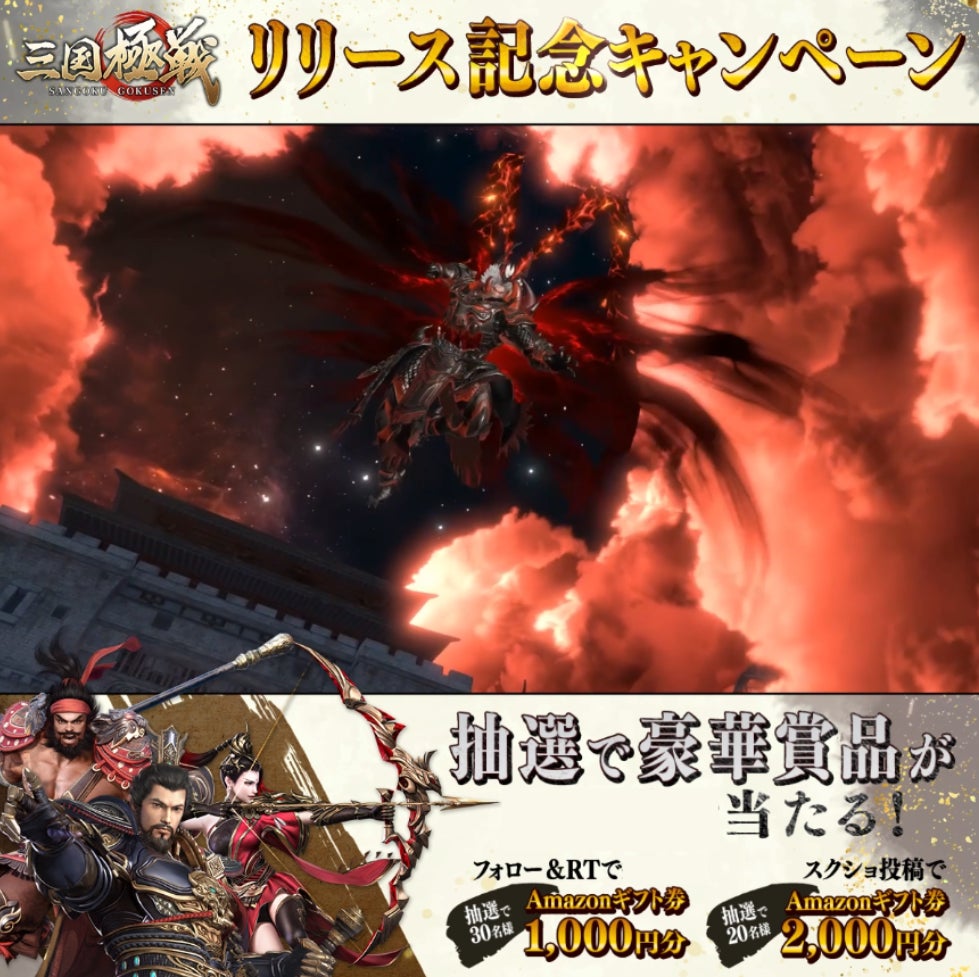 * Company names and service names listed are trademarks or registered trademarks of each company.

From November 24th (Thursday), Immanitas Entertainment's works will be sold as a set on the DMM GAMES PC game floor for a limited time! ! ｜Press release from EXNOA LLC